No Party Announcement Yet, Prashant Kishor Speaks of 'Platform to Transform Bihar'

The strategist also announced that he would begin a 3,000-km foot march on October 2, Mahatma Gandhi's birth anniversary. 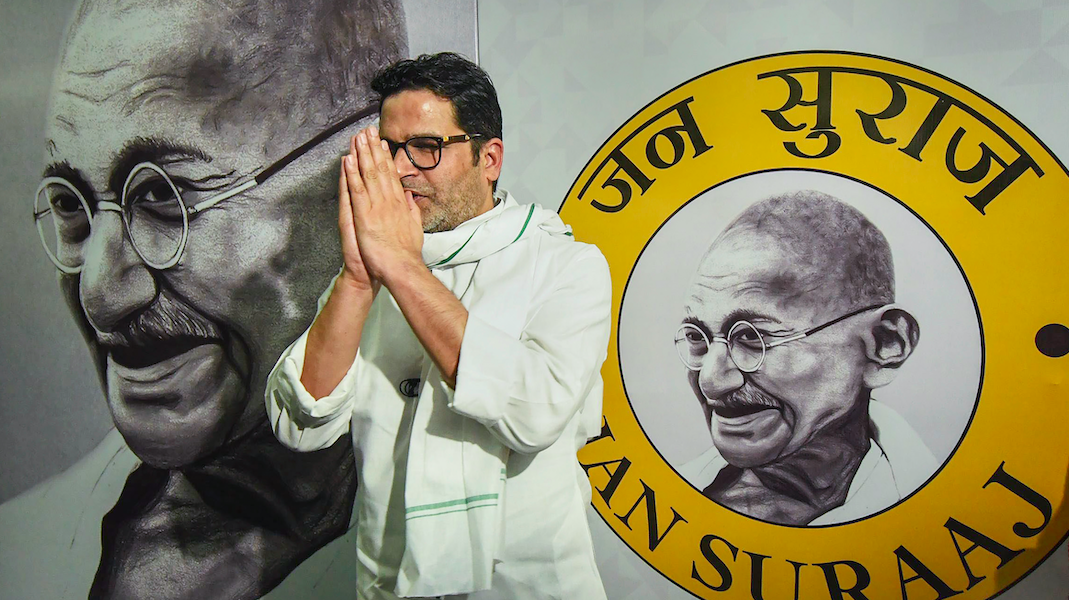 Patna: Election strategist Prashant Kishor on Thursday, May 5, announced that he has had his fill as a backroom operator for leading political players of the country and that he was now intent on creating a platform of like-minded people aimed at transforming his home state Bihar.

Kishor brushed aside speculation that he would be launching a new political party and said, instead, he would work for Bihar’s development. However he left open the possibility of a party being eventually formed by his new developmental platform.

“A new thinking and new attempt is needed to transform Bihar,” said Kishor, who called his proposed drive “Jan Suraaj”, similar in concept to the “Baat Bihar Ki” he had launched soon after his expulsion from Bihar Chief Minister Nitish Kumar’s JD(U) two years ago.

The strategist said that he had identified 17,500-18,000 people to join this attempt and he would be holding discussions with them over the next few months. “Around 90 per cent of these people believe Bihar needs new thinking. In the next three-four months, I will try to meet as many people as I can personally,” he said, according to NDTV.

He said his previous venture could not take off since soon after its launch, the pandemic had struck and brought all public activities to a standstill.

Kishor added that he was not looking to contest elections – Bihar’s last assembly polls were just last year – yet.

On May 2, Kishor had caused ripples with the cryptic announcement of a fresh ‘beginning’ from his home state.

“My quest to be a meaningful participant in democracy and help shape pro-people policy led to a roller-coaster ride! As I turn the page, time to go to the Real Masters, THE PEOPLE, to better understand the issues and the path to Jan Suraaj people’s good governance,” Kishor had tweeted, adding the hashtag shuruat Bihar se (‘beginning from Bihar’).

My quest to be a meaningful participant in democracy & help shape pro-people policy led to a 10yr rollercoaster ride!

As I turn the page, time to go to the Real Masters, THE PEOPLE,to better understand the issues & the path to “जन सुराज”-Peoples Good Governance