No Confidence to Even Stand in Front of a Mirror

In parliament, Modi has a strong suit. But outside, the people are on the move. And that is why a government with a clear majority is filled with dread about a no confidence vote. 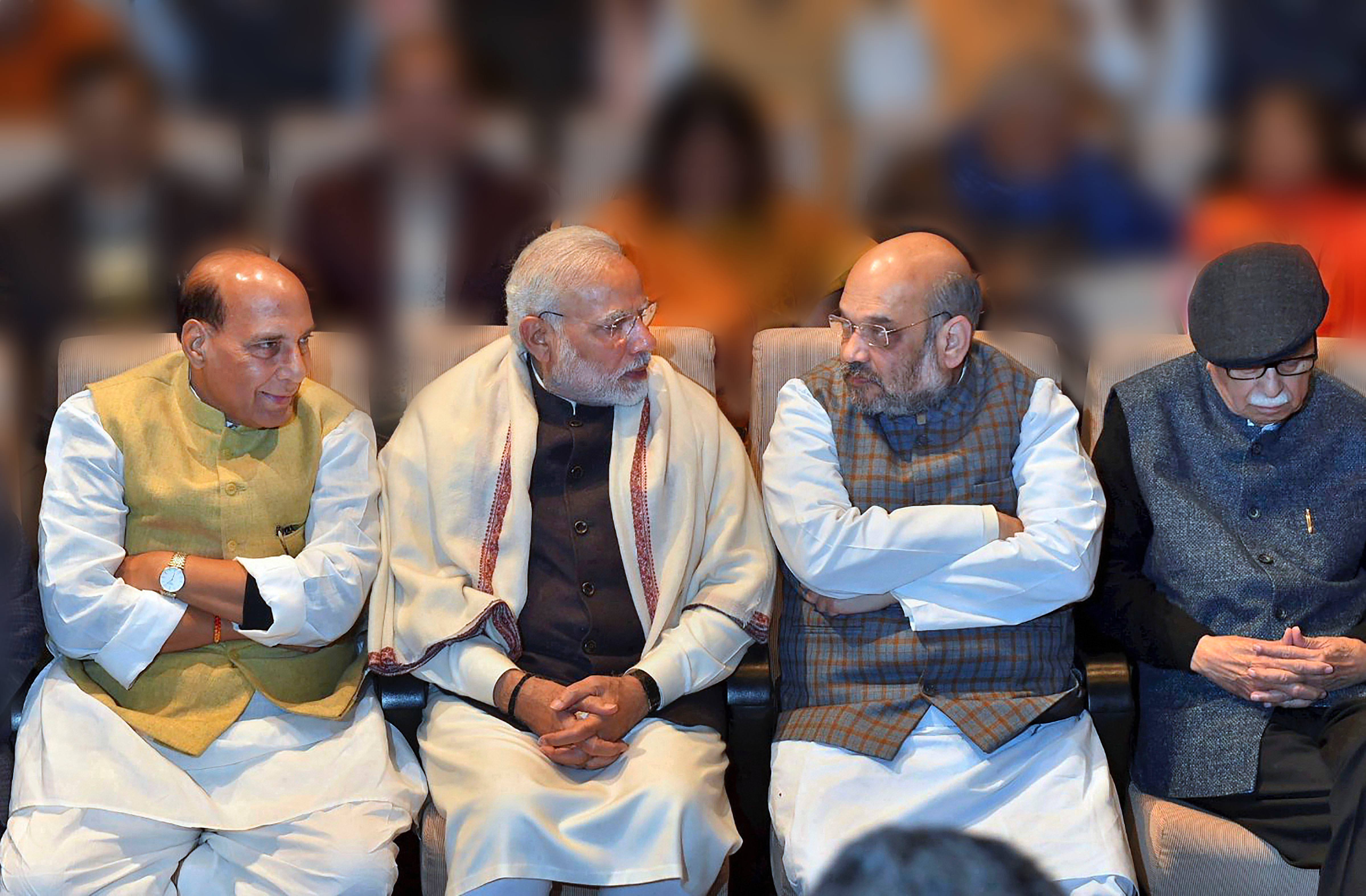 Since the Modi dispensation is not above disregarding convention and rules (it smuggled in its fundamentally altered Aadhaar template as a money bill in order to escape scrutiny in the Rajya Sabha where its numbers were deficient), it should occasion little surprise if Lok Sabha speaker Sumitra Mahajan does not allow the no-confidence motion for which notices have been given.

Ordinarily, if procedurally sound in terms of having the backing of at least 50 MPs, a no-confidence motion must be taken up at the first opportunity – effectively speaking Monday morning as the Lok Sabha meets, in this case.

The opposition, which is on the warpath, can’t bet on this not happening. A simple trick is all that is needed to be performed. Since there aren’t so many working days left before the budget session ends, with the help of some of its supporters the BJP can finesse the movers of the motion with ease by citing unruliness in the house.

If the house is not brought to order, a no-confidence motion cannot be taken up. And of course the speaker – the good sport – may be expected to shrug her helplessness. In the record books, the episode will take its place among a long list of unprecedented happenings in the time of Prime Minister Narendra Modi.

The BJP’s majority in the Lok Sabha is far from eroded, but the government is breaking into a sweat. It is doubtless aware that its stock in the country has sunk after the near defeat in Gujarat, the private turf of pradhan sevak Modi and his pratham sevak, Amit Shah. The electoral ambush by the rural folk of Gujarat was followed in quick succession by humiliations in parliamentary and assembly by-elections across the Hindi heartland of Rajasthan, Madhya Pradesh and now Bihar and Uttar Pradesh. These are electoral landscapes which had made Modi prime minister and where the RSS is said to have magical powers.

It is the clear lack of ambiguity in the situation that is so compelling. There is little doubt that the government has the numbers. The no-confidence motion will be roundly defeated in case it is permitted to be moved. And yet the regime is running for cover.

The reason is that the lack of confidence in the Modi power vertical has been expressed in black and white by a party – the TDP – which only a week earlier was part of the ruling dispensation and had been buddies with the BJP for close on two decades.

In fewer than four lurching years of Modi rule, this spells a crisis of credibility for the saffron brigade whose reverberations will be felt at least until the next Lok Sabha election. And even afterwards, it may become commonplace to hear how the BJP has a policy of use-and-throw for allies. This makes the RSS-BJP untrustworthy partners. That’s a dreadful reputation to have.

The TDP moving the no-trust motion lays bare the fragilities that abound within the BJP-led NDA. This is why permitting the motion to be debated on the floor of parliament is likely to be more than a mere embarrassment as colour will start running from carefully dry-cleaned drapes, and the nation will watch the spectacle live on television.

This could also be a moment for the Shiv Sena, another coalition partner of the BJP, to perk up and give its dagger another turn. The SS, which is the BJP’s government partner in Maharashtra but is always looking for ways to string up its cocky ally, has still not opened its hand.

For the BJP, the dread remains that it could vote with TDP and against the government. Even if that doesn’t come to pass, the Sena’s representative could spit venom when he rises to speak on the no-trust motion and the BJP will have no place to hide.

To end any of these possibilities from taking shape, all that the government need do is to use tricks to bypass the no-confidence motion and bring the budget session to a close after rushing through the formalities of passing the appropriations Bill amidst noise and walk-outs since the Lok Sabha has already cleared the finance Bill – without debate, taking advantage of sustained disturbances in both houses.

It is worth pondering if any of this really matters in the end. The government’s name is mud already. The youth can’t find work. Industry is facing serious problems. Agriculture is in crisis. Farmers have agitated in different places and have been shot at by the police. Not many days ago, about 50,000 dead poor tribal farmers from the interiors of Maharashtra marched for a week to pour into Mumbai with cracked and swollen feet to press their demands.

They waved the red banner of the communists but residents of Maximum City – home India’s industry and finance – gave them an affectionate welcome. Even the Shiv Sena, ideological creatures of a regional variety of Hindutva, met the marchers with sympathy. The rural-urban gap was bridged. The message is: the people are rising. Tricks played in parliament may become just a footnote for the clerks to record.

When the heartland has been blasted open, who remembers Tripura, except for the felling of the Lenin statue, and the meaningful silence of the prime minister which was broken only when a bust of Syama Prasad Mukherjee, the founder of the Jana Sangh, BJP’s precursor, was laid low in Kolkata by vandals in another despicable act?

Lenin was a friend of the Indian people when they were up against colonial rule. He had advised the Indian communists – debunking M.N. Roy’s thesis – to pipe down and get in step with Gandhi’s mass movement. But the Sangh parivar only remembered him as a “foreigner” and proclaimed that their India can have no place for such a man.

There is, in their scheme of things, no place for Gandhi either. Nirmal Kumar Bose, the great anthropologist and culturist and Gandhi’s secretary when the Mahatma visited Noakhali to quell communal blood-letting with his moral force, had this to say about Gandhi and Lenin: “In the midst of gloom which encircles mankind on all sides, there are always men who struggle with the surrounding darkness….Of such men in the present age, we can think of two who successfully fought the battle…Lenin and Gandhi.”

In parliament, Modi has a strong suit. That’s a story worth tracking. But outside, the people are on the move.