He along with senior BJP leader Vijay Goel took out a peace march in support of the Citizenship Amendment Act (CAA). 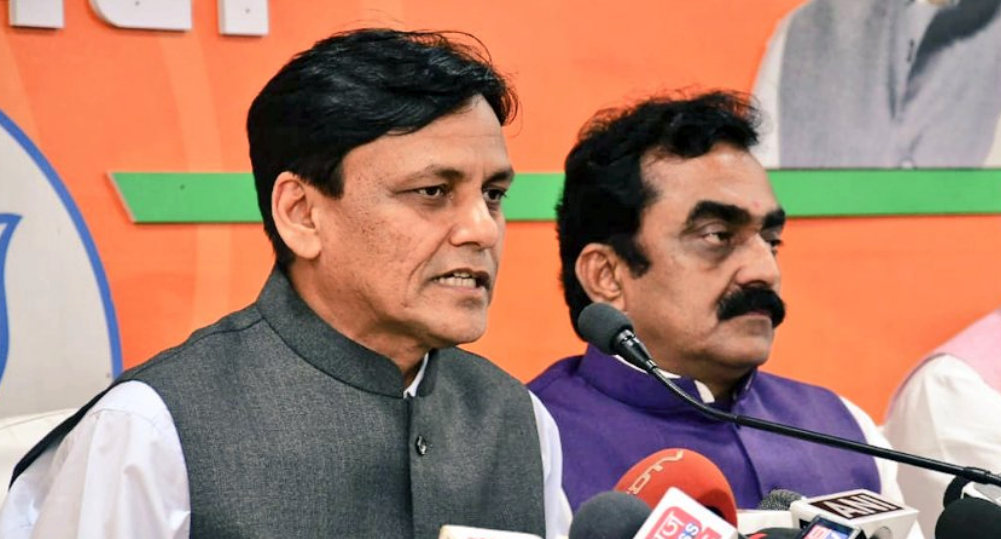 New Delhi: Days after masked thugs went on a rampage in JNU, Union minister of state for home affairs Nityanand Rai on Tuesday said no worker or leader of the BJP can incite violence and alleged that the Congress and the Aam Aadmi Party were behind the attack.

Ironically, according to his polltime affidavit, which needs to be filed by a candidate after he or she is nominated to run in an election, Rai is accused of theft, extortion, assault, promoting enmity between communities, incitement of violence, etc. He was elected MP from Ujiarpur in Bihar in 2019.

“Bharatiya Janata Party believes in law and order. No worker or leader of BJP can think of such a thing or incite anyone. This is the work of the Communists, the Congress, and Arvind Kejriwal.

“The violence in JNU is only part of a conspiracy by opposition parties. I would like to tell them that the students are the future of our country and therefore I will urge Congress leaders and the likes of Arvind Kejriwal (of AAP) to not mislead the students,” Rai told reporters.

More than 35 students were injured on Sunday when a masked mob attacked students and professors, besides vandalising property.

The JNUSU has accused the RSS-affiliated ABVP volunteers of attacking the students. The Akhil Bharatiya Vidyarthi Parishad (ABVP) has alleged that Left activists were involved in the attack.

The home minister’s office had, on Sunday, ordered a probe into the violence by Delhi Police. Nityanand appears to have given the ABVP a clean chit even as the probe is going on.

He along with senior BJP leader Vijay Goel took out a peace march in support of the Citizenship Amendment Act (CAA).

The march started from Baratooti Chowk in the Sadar Bazar area and culminated at the Jama Masjid.