Nitish Kumar Has Made Another U-Turn. Will His Decision Stick?

Analysts believe that this time round, the opposition alliance may have a stronger chance of survival. 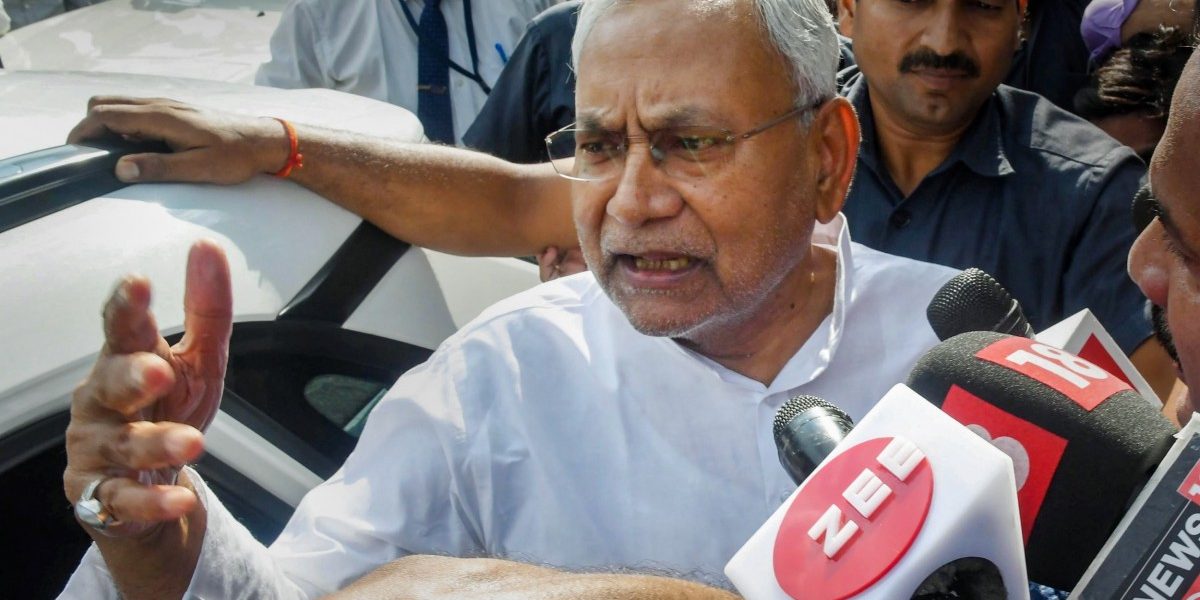 Patna: While rumours had been doing the rounds for two or three days, they were just about confirmed when both the Janata Dal (United) and Rashtriya Janata Dal called meetings for their legislators on Tuesday (August 9).

The day started with both parties’ MLAs heading to their respective offices. There were strict instructions that nobody should reveal anything until the deal was sealed. The JD(U) even told its leaders not to carry mobile phones with them. An MLA’s personal assistant told The Wire, “I am taking phone calls on his behalf. He has kept his mobile phone with me.”

As the day progressed, both parties’ supporters started gathering at the meeting site. By noon, news began emerging that the JD(U) will be exiting the National Democratic Alliance and forming government with the RJD-led mahagatbandhan.

The Bharatiya Janata Party’s state unit was waiting and watching, but had been instructed to keep silent until the JD(U) officially announced its decision. Meanwhile, the party leaders met at least twice.

At 2:30 pm, senior JD(U) leader Upendra Kushwaha made an official announcement about the new alliance. He tweeted, “Congratulations to Nitish Kumar for the new alliance. Nitish Ji you go ahead. The country is waiting for you.”

At around 4 pm, Nitish went to the governor’s house to meet governor Phagu Chauhan and submitted his resignation. He then went to former chief minister and RJD leader Rabri Devi’s residence, accompanying RJD leader Tejashwi Yadav.

In between, he told the media that all of the JD(U)’s MPs and MLAs were of the view that the party should leave the NDA. “I followed their mandate and resigned from the chief minister’s post,” Nitish told the media.

Information emerging so far is this: the new government will include the JD(U), RJD, Congress, Left and former chief minister Jitan Ram Manjhi’s Hindustani Awam Morcha. It is yet to be decided how many departments each party will hold, but initial reactions indicate that there will be uproar when it comes to cabinet formation.

A Congress source told The Wire, “Nitishji had talked to Soniaji. We are also let the top leadership know every development. Initially we are of the view that there should be two deputy chief ministers. Out of this one should be from the Congress. But the high command will take the final call on this.”

The Congress does not hold much bargaining power as in numbers game, RJD and JD(U) are in a strong position even if the Congress is excluded.

Currently RJD has 80 legislators, JDU has 49 MLAs and Hindustani Awam Morcha has four MLAs. CPI (ML), CPI and CPM together have 16 MLAs. JDU and RJD together make sufficient numbers for running the government.

But, despite this running the government will not be that easy as the BJP will be making corruption a core issue to attack the new government. In 2017, JD(U) had left the mahagathbandhan on the issue of corruption charges against Tejashwi Yadav.

BJP state president Sanjay Jaiswal told the media, “He (Nitish) had left the mahagathbandhan on the issue of corruption, so he should tell us what has changed in these years on this issue.”

When The Wire asked a senior RJD leader about how it will deal with corruption charges against Tejashwi, he said, “Corruption is not an issue for only one party. BJP is the biggest corrupt party. Its leader Himanta Biswa Sarma’s name surfaced in the Sharda chit fund scam but he is now the face of the BJP in the northeast. The BJP has no answers on how it collected thousands of crores of funding. BJP’s leaders are involved in corruption and criminal cases. Its leaders have no moral right to ask questions on corruption.”

Another RJD leader on the condition of anonymity told The Wire, “Nitishji had left the mahagathbandhan in 2017 so he will need to give an answer on BJP’s questions.”

On the other hand, JD(U) leaders have prepared a list of issues that they would be raising to counter the BJP’s allegations.

JD(U) spokesperson Neeraj Kumar says BJP maintains double standards so it has no right to ask questions. “BJP should first clarify that JD(U) was with RJD in 2015-2017, during that period BJP leaders put several allegations against us, then why did they form the government with us in July 2017? Secondly, in the 2020 assembly elections we were sabotaged. We conveyed it to the BJP and asked them to take action against them, but the party didn’t take any action. What are these tactics?” asked Neeraj Kumar.

He further added, “Being part of the government, BJP leaders would raise questions on liquor ban, governance and other issues. What kind of coalition was BJP following? BJP should clarify this. If you are in an alliance, you should work together and take responsibility, but being part of a coalition, if you are raising questions on the government then it is your double standard.”

A JD(U) leader on the condition of anonymity told The Wire, “The decision to walk out of the NDA was not taken harshly. We had given ample time to the BJP. We had conveyed our grievances to the leadership to take action but they didn’t pay heed.”

A Congress leader on the condition of anonymity told The Wire, “Talks with JD(U) were going on for quite some time but were put on hold when Laluji fell in the bathroom and was hospitalised.”

An RJD MLA who was present in the meeting told The Wire, “Tejashwiji told us that once Nitish Kumar announces that he is leaving NDA, we should extend our support to him. So we did this.”

Given Nitish Kumar’s frequent U-turns, there is apprehension on if he will continue his association with mahagathbandhan for long.

“We don’t know if Tejashi will remain with Mahagathbandhan for a long time or not. But we will follow Tejashwiji’s instruction,” another RJD MLA told The Wire.

“Going with RJD is a difficult choice as this time RJD is more aggressive. But Nitish is eyeing national politics. He may leave Bihar politics in 2024, handing over the baton to Tejashwi, and try his hand in Delhi against BJP. So, till then he will remain with RJD. Nitish has delivered his best in Bihar and he has nothing much to do here. This is also a reason why he will be trying his hands in national politics,” he told The Wire.