BJP and LJP Are Hacking Away at Nitish Kumar's Influence, Perhaps Irrevocably

Irrespective of the poll results, Nitish Kumar's role and image will not be the same. 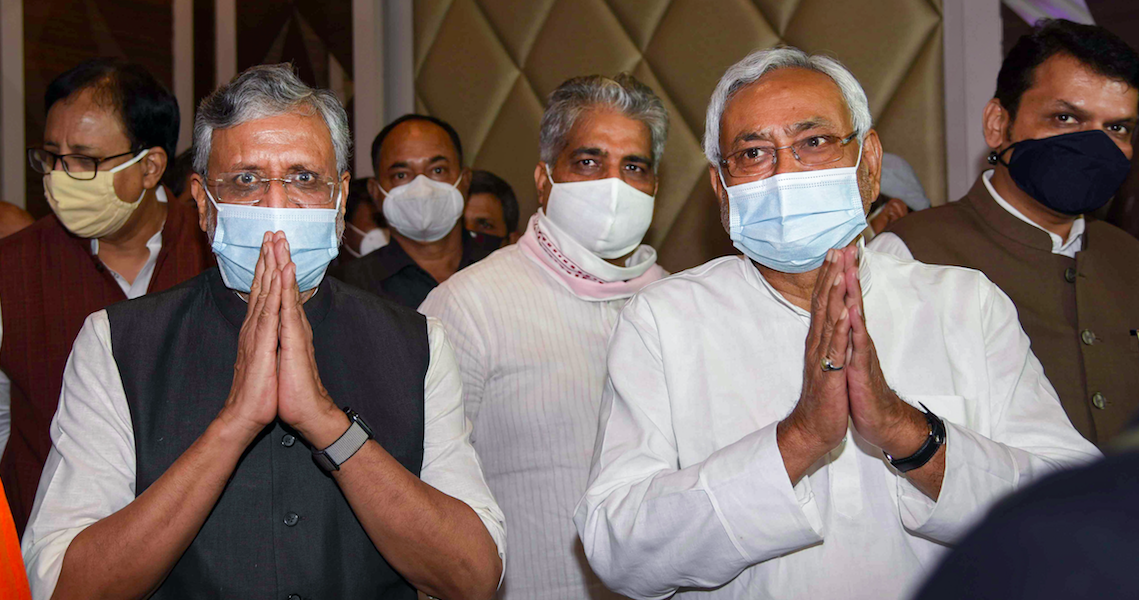 Patna: The formula based on which the Janata Dal (United) and the Bharatiya Janata Party have shared seats among themselves, combined with Lok Janshakti Party leader Chirag Paswan’s decision to fight against the JD(U), could put a significant dent on Chief Minister Nitish Kumar’s hold on Bihar politics.

The JD(U) and the BJP jointly announced on Tuesday night that they would contest on 122 and 121 seats each for the 243-member Bihar Assembly respectively. The JD(U) will accommodate the Jitan Ram Manjhi-led Hindustani Awam Morcha (Secular) and the BJP, Mukesh Sahni’s Vikassheel Insaan Party.

By letting the BJP contest an almost equal number of seats with JD(U), Nitish has lost his upper hand to his saffron partner. And Chirag Paswan’s decision to field LJP candidates only against JD(U) might catapult the BJP into an effective “big brother” role in Bihar.

The deputy chief minister and BJP leader, Sushil Kumar Modi said, “It doesn’t matter who wins how many seats. Nitish Kumar will become the chief minister if the NDA comes to power”. The BJP might make Nitish the CM even if JD(U) gets fewer seats. But in that situation, Nitish will automatically be reduced to playing the ‘second fiddle’ to the BJP.

While BJP has disassociated the LJP from the NDA after Chirag’s rebellion, political pundits have it that BJP has used Chirag as a “proxy” against Nitish. The guess is not wide off the mark, given the fact that Chirag met Union home minister Amit Shah twice and the BJP president J.P. Nadda six times in course of the negotiation of seats.

And after every meeting with the BJP’s top brass, Chirag got shriller in his attack on Nitish. His appreciation for Prime Minister Narendra Modi and BJP also grew louder.

After formally splitting from the NDA, Chirag’s LJP has adopted the slogan, “BJP se bair nahin, Nitish tera khair nahin (‘There is no enmity against the BJP but there is disaster awaiting Nitish’)”. 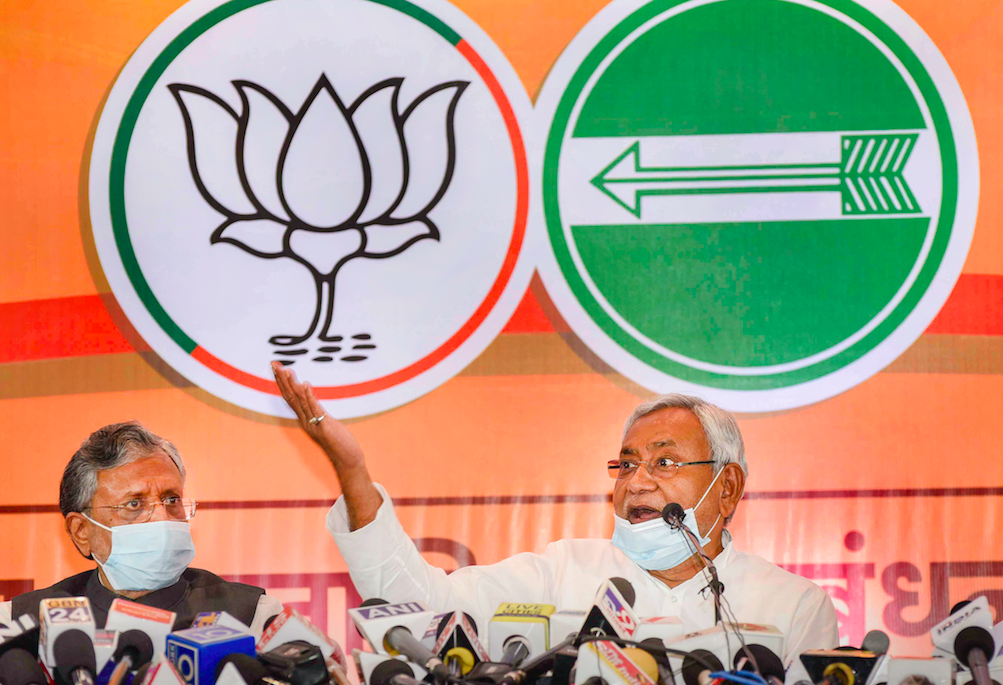 It is hard to find out what actually transpired between Chirag and Amit Shah and Chirag and Nadda in their closed door meetings, but the way Chirag has launched the gauntlet on Nitish, appears to reflect that the saffron party did little to reign in Chirag against Nitish.

It is not yet known how many seats LJP will actually win but his rebellion in all likelihood will prove makes things tough for Nitish. The BJP will have little challenge in the nearly 40 urban seats in its share. On the other hand, Nitish’s JD(U) has maximum seats in the rural areas where Chirag’s caste acquires importance. The JD(U) could suffer heavily when it comes to the seats on which Paswan—the eponymous single largest Dalit caste in Bihar—has sizeable influence.

In the history of their alliance, this is the first time that JD(U) and BJP are contesting an almost equal number of seats. In the 2010 Assembly elections, JD(U) had contested 141 seats against BJP’s 102. JD(U) had won 115 against the BJP’s 90 then. This had given Nitish the strength to dump the BJP in 2013 and still save his government in the 243-member Bihar house.

But the state’s recent electoral history suggests that Nitish seldom wins more seats than his alliance partners. For instance, when he joined hands with Lalu Prasad Yadav’s Rashtriya Janata Dal in 2015, JD(U) and RJD shared 101 seats each among themselves. RJD won 80 against Nitish’s 71 and despite that Lalu Prasad accepted Nitish as the CM as per his pre-poll commitment, it was evident that Lalu’s RJD had a larger mass base than Nitish’s JD(U).

JD(U), at all its meetings and conclaves in the recent years, has projected Nitish as the “big brother” in the NDA and the BJP has ostensibly accepted it. Now, for the first time in Nitish’s political career, the Narendra Modi-Amit Shah appears to have outsmarted him. Nitish must be silently smarting.

Irrespective of the poll results, Nitish Kumar’s role and image will not be the same.

Nalin Verma is senior journalist and author of Gopalganj to Raisina: My political Journey, Lalu Prasad Yadav’s autobiography. He has also authored The Greatest Folk Tales of Bihar.