With the Bihar Political Coup, the BJP No Longer Looks Invincible

The change in Bihar is important because it demonstrates that the BJP can be checkmated; its manoeuvres against the Opposition, hailed by the media as masterstrokes and smart politics, regardless of its implications for democracy, can be thwarted. 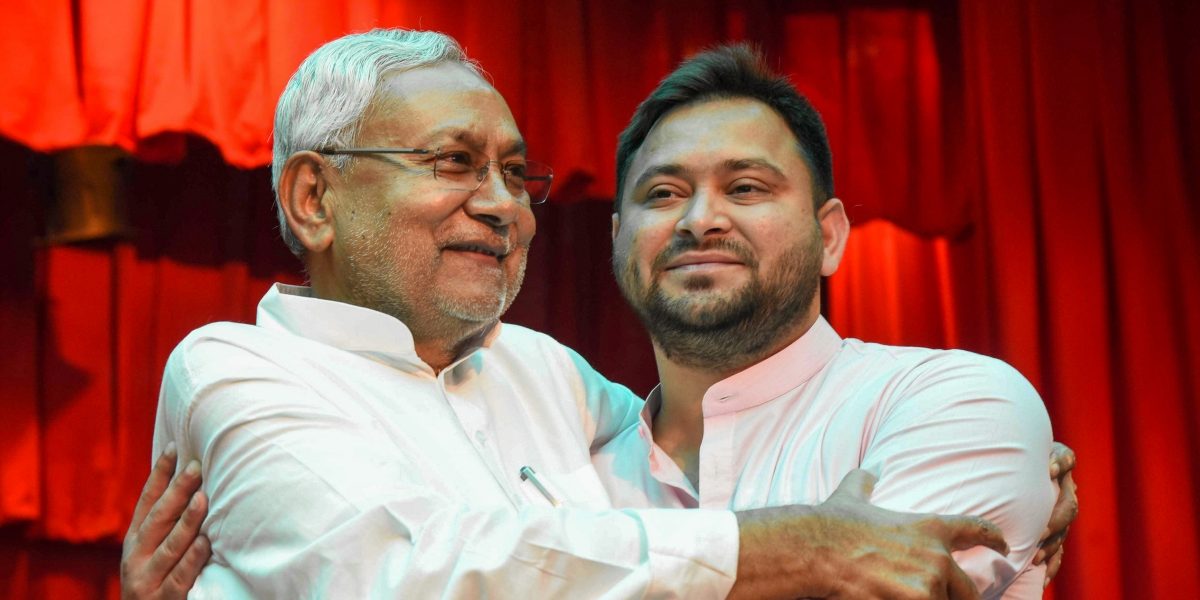 Bihar has signalled a dramatic political shift five days before the 75th anniversary of India’s Independence. The JD(U) walking out of the BJP-led NDA alliance and returning to the Mahagathbandhan is good news for the Opposition. It is nothing short of a political coup which can change the national political landscape.

Just when 2024 was perceived as a done deal, Bihar’s power shift has opened up and expanded the space for Opposition politics. Chief minister Nitish Kumar’s switch yet again has frustrated the attempt to play the Eknath Shinde card in Bihar. In the process, he has also potentially put a hurdle in plans for a re-election of the BJP with an absolute majority in the 2024 Lok Sabha elections. The national significance of the political shift in Bihar cannot be underestimated as suddenly, the BJP juggernaut does not look invincible.

The latest political moves are reminiscent of politics in the 1970s with the JP movement setting the stage for a post-Congress polity, culminating in the defeat of the Congress party in the 1977 elections. Bihar is also the cradle of social justice politics. It inaugurated the Mandal era in Indian politics in the 1990s, which changed the structure of Indian politics. Both Lalu Prasad Yadav and Kumar played a crucial role in promoting the agenda of social justice. Kumar went beyond it by intertwining social justice with the language and politics of development.

For national politics, there are three significant implications of Bihar’s power shift. First, the BJP’s expansionist strategy has been stalled. The ruling party was working overtime to achieve an Opposition-free India. The strategy of dethroning Opposition governments by breaking parties or engineering defections through the misuse of central agencies and money power may have received a jolt.

The BJP has got a taste of its own medicine and that too, soon after installing its government in Maharashtra by breaking and devouring the Shiv Sena. The change in Bihar is important because it demonstrates that the BJP can be checkmated. Its manoeuvres against Opposition governments, parties and leaders, hailed by the media as masterstrokes and smart politics, regardless of its implications for democracy, can be thwarted.

The second development is the coming together of all Opposition parties to form a broad-based coalition government. The coalition led by the JD(U) and RJD is the most formidable coalition of political ideologies and social formations Bihar has ever seen. In fact, no state has seen the formation of a state government with the support of the entire Opposition. This can encourage the Opposition to forge coalitions to put up a united fight against the BJP beyond Bihar, whilst underlining the significance of Opposition unity in stopping the BJP’s inexorable advance.

Third, the power shift is important because it unravels the carefully constructed caste coalition of the current regime. The support of JD(U) lent heft to the social engineering strategy which encouraged a mobilisation of lower OBCs and brought their vote to the regime. The disintegration of the alliance has opened the way for breaking the BJP’s hold over OBCs, which is the key to its success in the Hindi belt.

Given the social composition of these two opposing coalitions, it is very likely that the electoral contest will be between the forward and backward castes; there is a strong possibility that the JD(U) can upset the BJP’s social calculations. All in all, the BJP has a big challenge on its hands in the Hindi belt, especially as it has no allies left in the north and northwestern India in what is increasingly a one-party show.

It is too early to predict the political impact of the JD(U)-RJD coalition on the Opposition’s electoral prospects. The eventual outcome will depend on whether this new partnership lasts till the 2024 elections. If it does, its ramifications will be felt outside Bihar.

The NDA bagged all but one seat in Bihar in 2019: 17 for BJP, 16 for JD(U) and six for the LJP. A repeat seems difficult at the moment. This can tip the national balance. This is why Bihar matters. But there’s many a slip between the cup and the lip. ‘Dilli dur ast’.