'New India' Will Soon Need Its Own Gulags

We have no dearth of enemies. We already had Pakistan, we have China, we have ‘terrorists’. We now have added a new enemy, the ghuspethia.

The honourable home minister of India must be applauded for stating so loudly and so boldly that not a single “ghuspethia” will be allowed to remain in the country. It needs to be noted that this proclamation, made on Monday at a conclave of Northeastern states, is very much a consistent part of the Bharatiya Janata Party’s sales pitch; as the BJP president, Amit Shah had been holding out the same threat all through the last Lok Sabha elections, in and out of Assam.

Nor is the BJP unapologetic about spelling out the political subtext of this “ghuspethia” threat: it is aimed and directed against Muslims. In the wake of the predictable confusion and concern after the publication of the National Register of Citizens, Assam’s finance minister, Himanta Biswa Sarma, reportedly argued that “a Hindu cannot be a foreigner in India”. The BJP has been protesting the exclusion of a number of Bengali Hindus, Buddhists, Koch Rajbongshi, Chakmas and Hajong from the NRC; and, horror of all horrors, very many “suspected Muslim Bangladeshis” are included in the Supreme Court-monitored exercise of verification.

Also read: People’s Tribunal Comes Down Heavily on SC Over Handling of NRC in Assam

For the next few years, the BJP will use the NRC, and its unavoidable imperfections and errors, to keep alive animosities, anxieties and suspicions over the existential categories of the insider and the outsider; those well-meaning, moderate but naive voices who thought that the BJP would be content to use the NRC to apply a closure on Assam’s festering sores find themselves rudely jolted. They have plainly underestimated the BJP’s calculus. The idea is simple: do not let things settle down. The Akhil Bharatiya Vidyarthi Parishad (student wing of the Rashtriya Swayamsevak Sangh) is already threatening to launch an agitation if its demand for 100% re-verification is not conceded to. It argues that Assam will become an “Islamic state” if these “errors” stand un-rectified.

Beyond the Northeast turmoil and tension, there is a larger, pan-India design at work, and it can be easily configured:

This anti-Muslim subtext is not new and has been part of the Jana Sangh/BJP’s political DNA; but it now stands underlined in bold letters because we have a regime that is not afraid to cast aside old notions of Nehruvian political correctness or liberal sensibilities.

We are reminded almost every other day that we have a “new India” that no longer sees itself beholden to older maxims of statecraft, which emphasised moderation, accommodation and inclusion. There is a new resolve, a new clarity and a new leadership, itching to experiment with hard power, not only abroad but also at home.

Given this remarkable clear-headed thinking among the ruling politicians, it is somewhat incongruous that the Central bureaucracy has found itself at a loss on what to do with the identified “ghuspethia”. The embedded media has reported that the home ministry has no plans to deport those who stand branded as “foreigners” as per the NRC. Nor is there any agreement that Bangladesh will be inclined to take back all these non-NRC “foreigners”. This confusion is inexcusable. 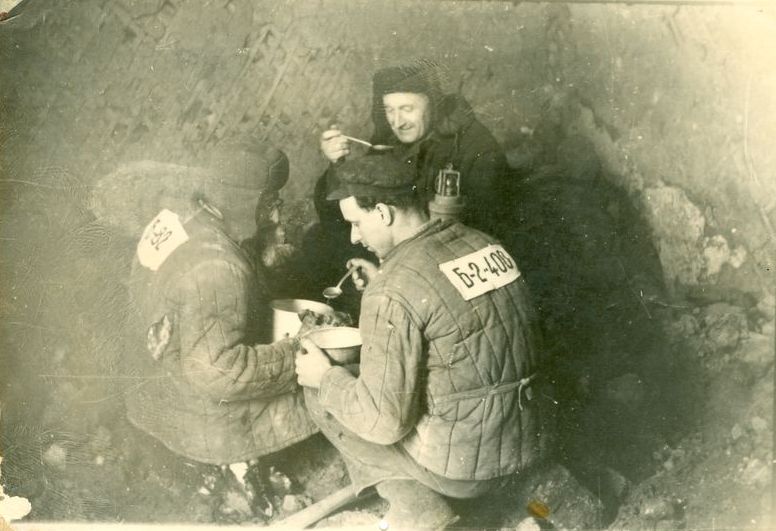 This is no time for temporising; this business of “ghuspethias” has to be taken to its logical conclusion. We will need to have our own version of the Soviet model of Gulags, where suspected foreigners – and other troublemakers like, say, Jawaharlal Nehru University professors – can be interned and incarcerated; these obvious threats to national security would stand isolated and confined, and ‘neutralised’, to use our television anchors’ preferred expression. Our jumla-mongers can be relied upon to come up with a catchy acronym, perhaps a new GST (Ghuspethia Shudikaran Town). There is vague talk of ‘detention centres’, but this carries with it a soft touch, a kind of tentativeness about the internal exile.

Admitted, Joseph Stalin had an advantage in that the Soviet Union was blessed with very, very vast tract of land where these ‘gulags’ could be located. And the Soviet dictator put in place these gulags at a time when most governments did their ugly business behind a veil of secrecy.

However, the ‘New India’ need not do its business in any kind of secrecy. Nor would it need to build humongous gulags/GSTs. The whole idea has to be a willingness to demonstrate to the whole world, as also to our own citizens, that we are fortunate enough to have a group of rulers who can, if needed, be disagreeable, all in defence of our national interests. After all, in countries all over the world, including China, Russia and Myanmar, and other places, the ruling regimes are inclined to move decisively against all those, including minorities, who are deemed difficult. Once the national security mantra has been invoked, even the courts can be relied upon to look the other way.

The ‘New India’ should not be afraid to acquire the legal and administrative paraphernalia of a rough state, with all its implications for civil liberties and constitutional guarantees. As it is the opposition is so dispirited, divided and devoid of imagination that it would not be able to prevent the rise of a rough state, with its own gulags. As it were, the middle classes have already acquiesced in periodic outbreaks of democratic authoritarianism.

These ‘gulags’ have become almost necessary to the new politics of permanent anxieties and permanent hostilities. It is possible that this politics could degenerate into permanent chaos; but, on the brighter side, a politics of unending turmoil and disruption will necessitate a permanent need for a strong man. After all, we do need ‘enemies’ to give us a sense of national purpose.