Netflix's Playbook for Tyrants Has a Real-World Mimic in India

'How to Become a Tyrant' feels uncannily like the country we’re living in and the politics we’re subjected to. 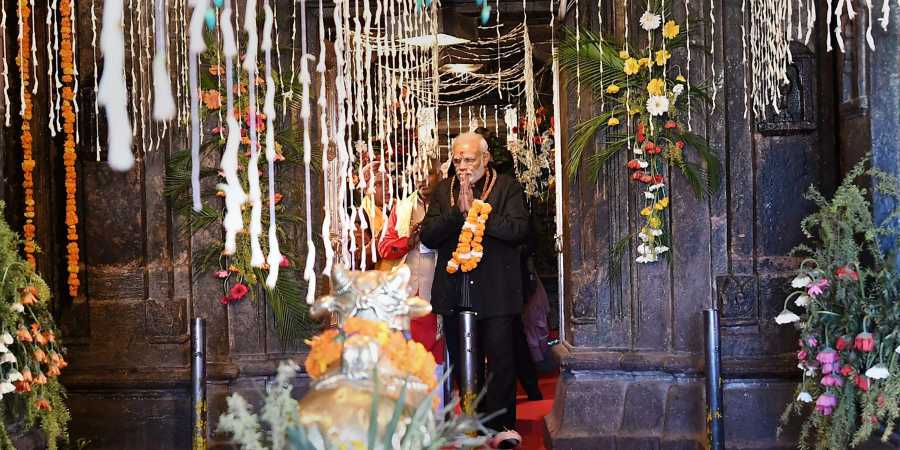 I don’t watch many Netflix programmes but a series recommended by my cousin Mala Singh has struck me like a bolt of lightning. Called How to Become a Tyrant, it presents what it calls “a playbook for absolute power”. Much of it is tongue-in-cheek, yet it’s based on the actual tactics and strategies used by Adolf Hitler, Josef Stalin, Mao Zedong, Muammar Gaddafi, Kim Il-sung, Idi Amin and Saddam Hussein. So if you take it seriously, it tells you what you must do if you aspire to be India’s tanashah. And the remarkable thing is it feels uncannily like the country we’re living in and the politics we’re subjected to. Read on and see if you agree.

First, if you want to be a dictator, you need to be a particular type of person. For a start, you must be or, at least, present yourself as, one of the people. Hitler was a corporal, Mussolini the son of a blacksmith. As the commentary puts it: “A man who shares your dreams can fulfil them.” So a chaiwala will do very nicely.

The would-be dictator must also believe in himself. The series claims “a megalomaniacal belief in your abilities convinces others of them”. So whether it’s the mystical power of taalis and thalis or the claim a single act of demonetisation can eliminate corruption, if you are convinced of it then you can be sure an awful lot of others will also agree.

However, our putative dictator needs one further character quality: the gift of speech or, actually, the more important capacity to attract attention. Hitler’s pencil-brush moustache was his defining feature. It was unmistakably him. But a flowing white beard might do as well. Hitler, we’re told, was a natural-born adman. The Swastika, it’s claimed, was the most striking symbol ever created. If that’s true, the performance we first saw at Madison Square Gardens and the penchant for clever alliteration, acronyms and rhymes is clearly an enormous asset.

Also read: Why Modi and Hindutva Love Israeli Settler-Colonialism and See It as a Model for Kashmir

Now, if these are the qualities that can define a potential tyrant, there are a few others he needs to attract a firm and loyal following. First, the promise that he can create a better world for everyone. It’s not necessary to succeed – few tyrants have – but the promise must remain evergreen and the belief you’re steadily getting closer to delivery must be unquestioned. After all, you won’t become a tyrant if you’re associated with ‘burre din’.

But this promise on its own is not enough. Our tyrant-in-the-making must also be seen as the only man who can fulfil it. He must, therefore, be acknowledged not just as the fount of all wisdom but also the fount of all virtue. So he needs to whip up a cult of personality. With the right number of bhakts, that’s quite easily done.

In normal times this should be enough to corral the flock behind the shepherd but, sometimes, even sheep can go astray. So it’s a good idea to create an enemy to keep them in line. Hitler found one in the Jews, Idi Amin in Ugandan-Asians and Gaddafi in Italian-Libyans. Our minorities could neatly fit this purpose. The Muslims, for example, at 14% of the population, are large enough to be falsely painted as a threat yet small enough to be easily kept in their place.

Every now and then, an external enemy also helps. Saddam Hussein chose Iran, Kim Il-sung South Korea, Hitler France and Germany, and Stalin most of the rest of the world. Little Pakistan next door would be perfect for us. The problem is the support it gets from China. If the enemy you choose is stronger than you, things could unravel pretty quickly. Still, if you can strike at Balakot and the only price you pay is a MiG-21, the audience at home will keep smiling.

Finally, tyrants need to be prepared for the worst. Not their denouement so much as the fact there will always be critics and even rebels. Tyrants need to ensure they don’t get out of hand. This is where the use of fear comes handy. As the commentary pithily explains, “Every dictator’s best friend is a ruthless secret police.” How lucky we are to have Section 124A, the Unlawful Activities (Prevention) Act, the Enforcement Directorate and the Central Bureau of Investigation. I wouldn’t have thought we need anything more.

In fact, modern India has one advantage the Netflix six did not. I’m speaking of spyware technology of the winged-horse variety. Pegasus can achieve for our future tyrant far more than he delivered in Greek mythology. This magical equine can see and hear everything – but like a good monkey, keeps silent.

Now there’s just one thing left and I’ve kept it for the end because it could be the most important of all. “You must dominate the truth,” the series advises, “because then you end up controlling people’s minds.” This is where fake news becomes real news and the battle with Twitter, WhatsApp and Facebook is revealed to be a disingenuous ploy. Seventy million followers on Twitter is a great start!

According to Netflix, if you’ve done all this, you’re ready to be a tyrant. But success creates its own demands. When you reach the top of the tree, it can be boring to be on your own. Tyrants are never lonely but they do need to amuse themselves. The series claims they do it in two ways.

First, there’s the ritual humiliation of those around them. Stalin executed Zinoviev and Kamenev, but a sudden and ruthless cabinet reshuffle will do equally well. The second tactic is to cast pearls. That’s usually enough to turn people into swine! The commentary says: “Give your allies and supporters opportunities to be corrupt.” First, it’s amusing to watch them scramble for the crumbs you’ve thrown in their direction. More importantly, when they nibble, they’ll stay loyal. Because then you’ll have in your hands the evidence that can bring them to book and no man wants his judgement written so easily.

Now, as I end, does all of that feel familiar? They say truth can be stranger than fiction, but who would have thought a series on Netflix might mimic reality? No doubt it was intended to make you laugh, but many a truth is told in jest.