Tura MP Agatha Sangma has said, 'Since the farm laws have been repealed – and this was done primarily keeping in mind the sentiments of the people – therefore, I requested the government to repeal the CAA.' 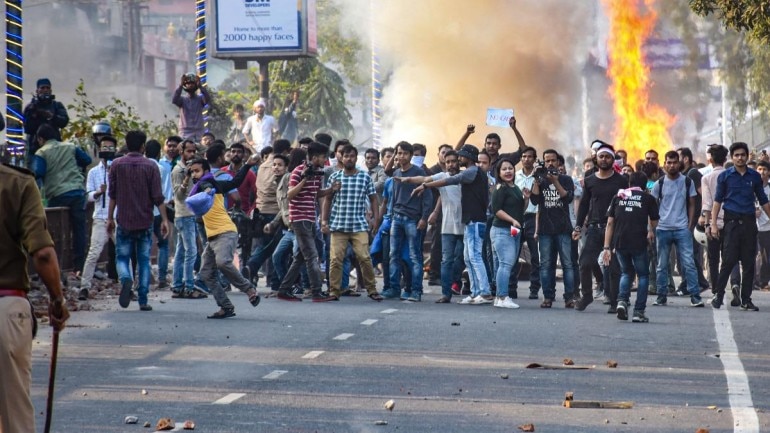 Representative image of an anti-CAA protest in Assam. Photo: PTI

Sangma, the MP from Tura in Meghalaya, also demanded that the CAA be repealed at a meeting of the constituents of the ruling National Democratic Alliance on the same day. Present at these meetings were Defence Minister Rajnath Singh and Union ministers Pralhad Joshi and Piyush Goyal.

Sangma’s brother Conrad is the chief minister of Meghalaya.

Sangma cited the Union government’s move to repeal the farm laws and urged that this attention to public sentiment be given in case of the CAA too.

“There was no response from the government but it has taken detailed notes of the demands made by the floor leaders of all parties,” Sangma said.

Also read: India Needs to Understand Why the Northeast is Protesting Against CAA

The CAA, which facilitates granting of Indian citizenship to persecuted non-Muslim minorities of Pakistan, Bangladesh and Afghanistan, was passed by parliament and received the president’s assent in 2019.

The fact that it was the first legislation to offer citizenship on the basis of religion led to protests against it in different parts of the country.

Those opposing the CAA have contended that it discriminates on the basis of religion and violates the constitutional principle of secularism. It is also believed that the CAA along with the National Register of Citizens is targets the Muslim community of India.

The Union government has still not notified the rules under this act and in the run up to the Bengal assembly polls, Union home minister Amit Shah said that the process of granting Indian citizenship to refugees under the CAA will begin once the process of COVID-19 vaccination has ended.

In parts of the Northeast and especially Assam, protests against the CAA centred around a different issue with the same law, with protesters expressing anger against the fact that the law could legalise more Hindu migrants from Bangladesh.

The Union government, while cracking down on protesters both across the length of India and in the Northeast, had noted that the Act would not apply to “tribal areas of Assam, Meghalaya, Mizoram or Tripura as included in the Sixth Schedule to the Constitution and the area covered under ‘The Inter Line’ notified under the Bengal Eastern Frontier Regulation, 1873.”

At the time when the law was passed in parliament, Arunachal Pradesh, Mizoram and Nagaland were under the “Inter Line” and required Inner Line Permits from people of other states to pass through them.

In the aftermath of the protests, the Union government included the state of Manipur – the only northeastern state other than Sikkim where the law would have applied entirely – in the Inter Line as well.