Natvar Desai, the CPI candidate who lives in a single room in a slum, refuses to bring up his Dalit identity. Nor will he pander to religious polarisation. 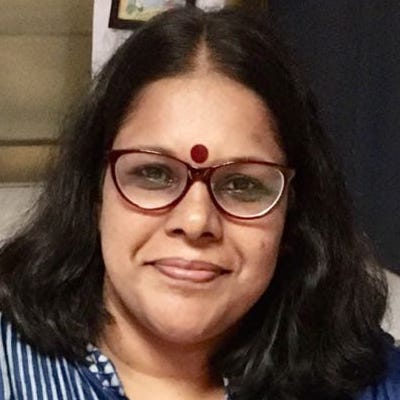 “I am a Communist, I read the Communist Manifesto when I was 23. I am 58 now. Things have changed. People may now say communism has become a failed dream. But, I still believe in revolution. That is the only hope I have in my life.”

I was sitting with Natvar Desai, the Communist Party of India (CPI) candidate who contested from the Amraiwadi assembly constituency by-election last year. Amraiwadi is situated on the outskirts of the city of Ahmedabad in Gujarat. Living in a modest one-room house in the slum area of Ahmedabad, Natvar Desai represents the ideal communist way of life in every sense of the term.

He is poor. He has been working with Dalits, riot victims, migrant labourers, and displaced communities in Ahmedabad for the last 25 years. When thousands of slum dwellers were evacuated from the Sabarmati riverfront as part of the urban development initiative, Desai fought for them, filed cases in the high court, and got them compensated for their losses. He is an RTI activist, a crusader against the caste system, and he fights against all forms of discrimination and injustice. He is also popular among the masses.

Yet, his crystal clear public image and 25 years of grass root level experience miserably failed to attract political dividends in the election. When Jagdish Patel of the BJP got 48,657 votes, Desai managed to get only 1,224 votes in the poll.

Surprisingly, Amraiwadi is a labour belt with erstwhile mill workers, Dalit scavengers, and other sections of the working class comprising the majority of the voters. The voters were not happy with the BJP government. There had been growing discontent among people.

The economic slowdown and demonetisation had hit small scale industries in suburban Gujarat. The majority of the voters of the constituency were impoverished. When deprivation is at its worst, one can easily predict a justifiable response and mass sentiment of alienation against the ruling state and its corporate predators.

Unfortunately, what happened in Amraiwadi was the exact opposite. The BJP candidate won by a huge margin, and the so-called ‘mass leader’ failed to get even 1,500 votes. Why did the CPI fail to capture the imagination of the downtrodden? Why did they fail to expand their constituencies beyond Kerala and Bengal? This is a serious puzzle that the Indian Left needs to address on a priority basis. 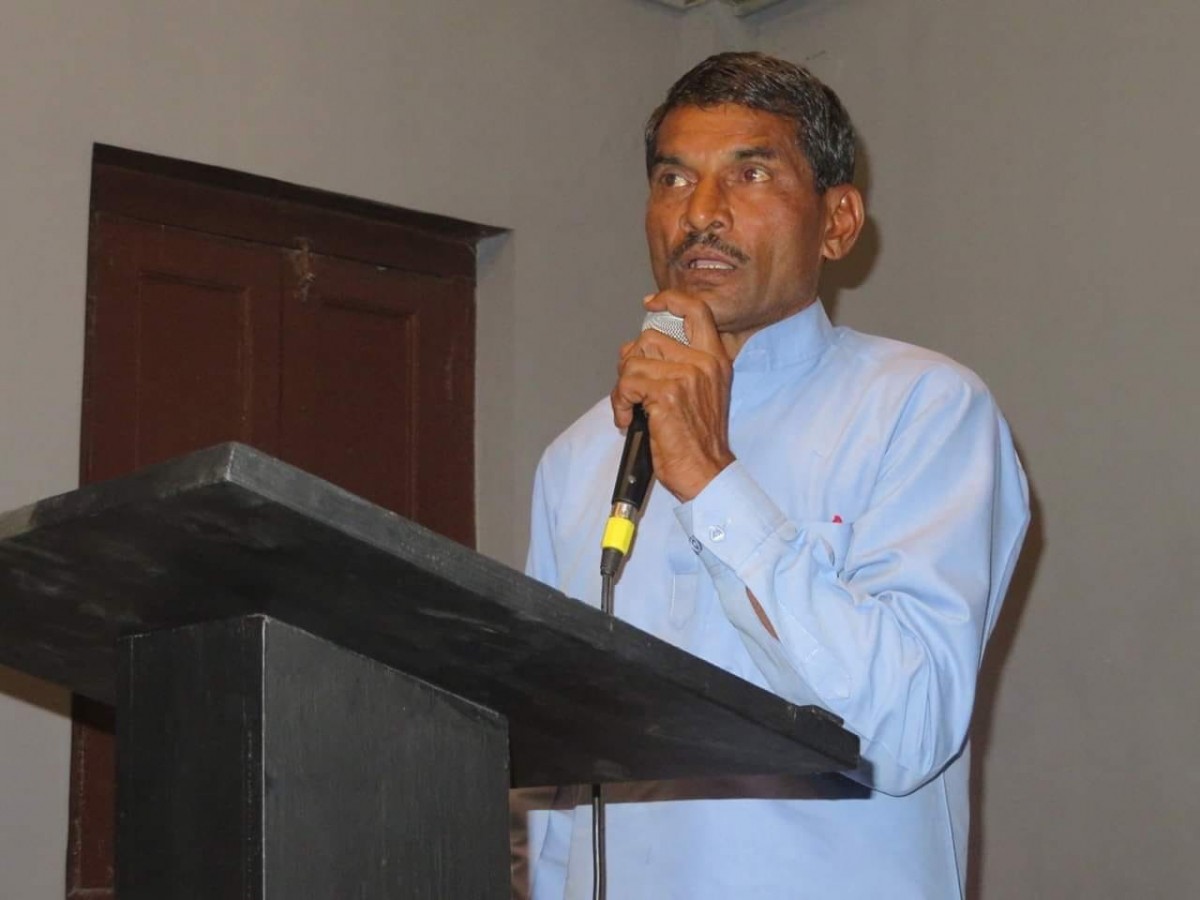 Desai is not a seasoned communist. But amidst the mercantile ethos that defines human aspirations and societal relationships in Gujarat, Desai continued as an ardent Marxist, unperturbed by the rising capitalistic dreams around him. He strongly believes in the transformative role of the communist ideology.

He was associated with the street plays organised by Safdar Hashmi. He has been fighting district authorities to ensure that benefits of the Public Distribution System (PDS) reach all the needy people. He had personally visited the voters three times whereas the BJP and the Congress candidates struggled to meet the voters even once.

“I joined the Communist Party when I was 23,” unruffled by the chilly breeze, Desai said with a broad smile.

“I was fascinated by the slogans of the Russian Revolution, the concept of equality inherent in Marxian philosophy, and the simple life of the communist leaders. I studied only up to 8th standard. Yet, I used to conduct literacy classes for the children of migrant workers in Hebatpur, which is 18 kilometres from my home. I used to ride my bicycle. A roundtrip from Amraiwadi to Hebatpur would have meant 36 kilometres. I continued this practice for years until some NGO opened a school for them. I love to work for the people irrespective of their caste and religion”.

“But, why did you fail to turn the popularity into votes? What was the fault?” I couldn’t help asking.

Desai smiled and said, “There are many reasons. First of all, money has become a determining factor in elections. BJP spent s 3 crore in this constituency. Congress also spent massive money because the party’s candidate was a builder. I could spend only Rs 1,60,000. CPI Gujarat state council supported me with Rs 20,000. My friends donated the remaining amount. How can you match the amount with three crores?” 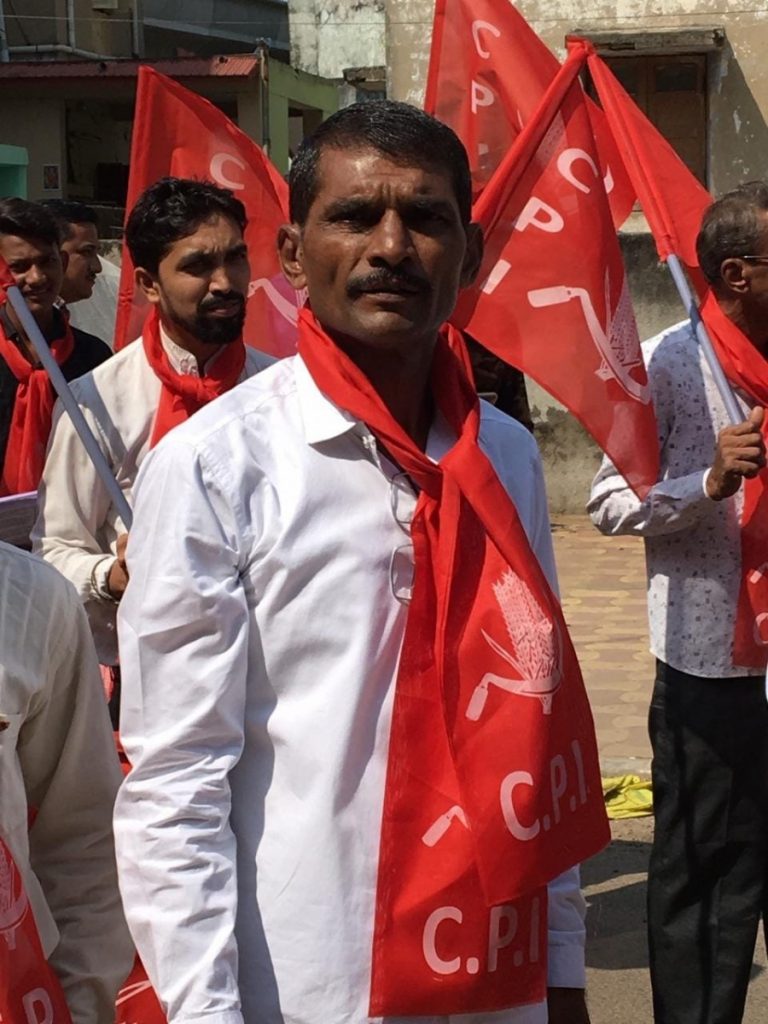 Secondly, he said, BJP used caste and religion in the election. “Leaders of the Patel community from faraway places like Saurashtra and Mehsana came here to meet their relatives. They played the politics of ‘Patel identity and pride’ strategically. I am a Dalit. But, being a Marxist, I cannot use my caste as a tool to win an election. If I do that, what is the difference between a ‘Manuvadi’ and a ‘Marxvadi’?” he asked.

Thirdly, Desai said there has been polarisation on religious grounds. “It is a daunting task to build class consciousness in a socially polarised society. I think this is a critical issue that the Indian Left need to address now. Although the division between the rich and poor has widened, the misery of the dispossessed has deepened, as a political force left parties failed to build a strong network among the people. We have meaningful narratives, and we have leaders in Delhi,” he added.

But, the Left, Desai feels, is hollow at the bottom. “We do not have a movement in the countryside. We need leaders in each village, working among the people, mobilising the working class, and trying to create the spirit of class consciousness in the place of caste-based identity. It may be a long process. But we have to start somewhere, somehow”.

The defeat hasn’t affected his spirit. “I will continue to work among the people. Ultimately, politics of hunger will overcome the politics of caste and religion.” He keeps his faith.

As I was about to leave, Desai shared a red pamphlet with me. He fondly touched the ‘ears of corn and sickle’– the election symbol of the CPI – printed on it.

“Look at our symbol; it is beautiful, isn’t it?” he asked, with twinkling eyes. I had never seen a CPI or CPM worker take so much delight in their election symbols. I nodded my head.

“I have spent my life in it. It is close to my heart,” his voice trembled. My eyes became moist. “Comrade,” he called again. I looked at him. “We will be back, we have taken a bad hit, but we shall overcome”. He raised his clenched fist, and bid farewell to me with a ‘red salute’.

Also read: The Blame for CPI(M)’s Glide Into Irrelevance Rests Solely on the Politburo

I looked away, and walked through the narrow street. Even after 25 years of sincere social service, Natvar Desai could get only 1,224 votes. Still, he believes in his mission passionately.

Unlike leaders like Kanhaiya Kumar, he is not a darling of the media either. Nobody knows him outside of Ahmedabad. But, it is eternal spirit and determination that make Natvar Desai a different breed of communist.

Sudha Menon works as a senior research and evaluation consultant for the South Asian Region at Profundo, a Netherlands based international labour research and consultancy firm.