National War Memorial a Symbol of Sacrifice, Don't Politicise It: Opposition To Modi

In his inauguration speech, the prime minister attacked the Congress for allegedly compromising the defence forces and said that the memorial is proof that his government converts vision into reality. 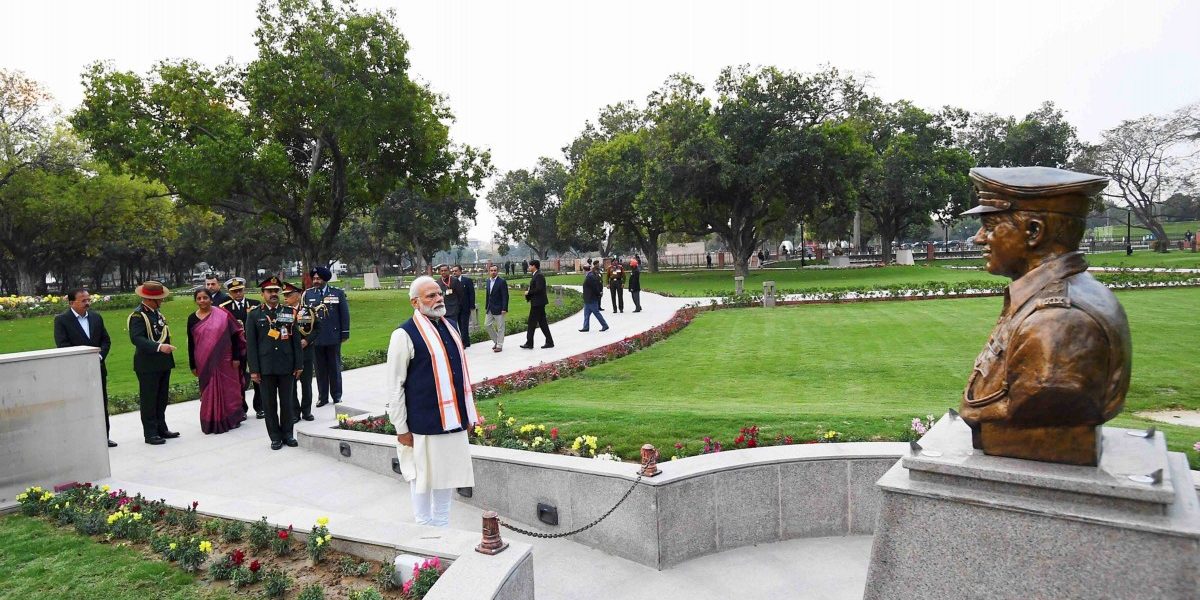 Modi, in his inauguration speech, attacked the Congress for allegedly compromising the defence forces. While applauding his government on the speedy construction of the memorial and implementation of One Rank, One Pension (OROP) scheme for army veterans, the prime minister further accused the Congress of not even buying essential equipment for the armed forces.

He then went on to add that people of India have now seen the difference between a government which puts “India first” and which puts “family first”.

He further said that the memorial is proof that his government converts vision into reality.

“From Bofors to helicopters (AgustaWestland VVIP choppers), all probe leads to the doors of one family. And it says a lot. They had made the army and the national security means of earning for themselves. They wanted to forget the martyrs,” Modi said.

The prime minister added, “Earlier, from schools to hospitals, highways to airports and awards, there was just the name of one family…Major defence decisions in the national interest, which were earlier ignored or halted, are now being taken without any delay.”

In response, the Congress’s Randeep Surjewala quickly retorted, “The National War Memorial is a symbol of the sacrifices made by our country’s jawans. Do not make it a political battlefield with your shameful behaviour and political speeches. You have already reduced the dignity of your post, now stop abusing political opponents on the land of the brave.”

Taking a dig at the Modi government for indulging in “petty politics”, the Congress said that the prime minister compromised national security in the Rafale deal to help his indebted friend and industrialist Anil Ambani “by neglecting the state-owned Hindustan Aeronautics Limited.”

In a series of tweets, the Congress praised the government for the construction of the memorial but said the party was against “petty politics” in national matters. The grand old party also accused Modi of misleading people and said, “…not only did the Modi government cut the defence expenditure in terms of GDP, but also reduced the budget for modernisation.” 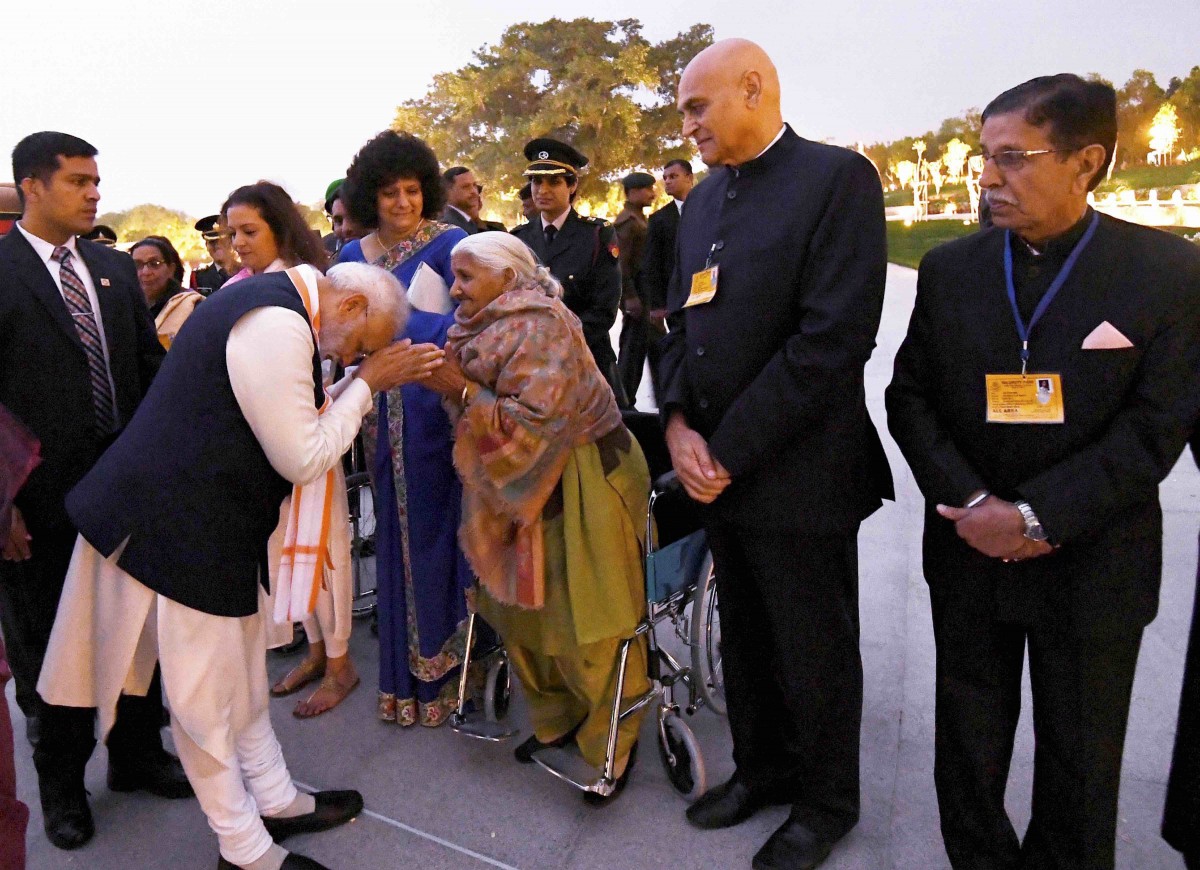 Former Union minister and diplomat Shashi Tharoor too thought that the prime minister should have refrained from making a political speech.

Still, a disgrace that instead of a solemn military ceremony to inaugurate the #NationalWarMemorial, we had a political event without the President of India (Supreme Commander of the ArmedForces!) VP, Speaker or LOP. PM’s partisan speech made it an event bereft of national unity.

In an attempt to show the “double standards” of the prime minister, former Union minister and Congress leader Manish Tewari tweeted an earlier speech of Modi where he said traders are braver than soldiers.

This is @narendramodi on February 27th 2014 – Please listen to what he thinks of the brave Indian soldiers who sacrifice their lives for this nation . He said traders are braver than soldiers. Listen Carefully pic.twitter.com/1ZNHMYnSyT

The Trinamool Congress spokesperson Derek O’Brien, too, was quick to lash out at the prime minister.

The National #WarMemorial was turned into a political rally. That’s called disrespecting the Uniform

The National Conference leader Omar Abdullah, who has been severely critical of the attacks on Kashmiris across many parts of India following the Pulwama attack, called Modi’s speech “blatantly political”.

Credit to the PM Modi for building a national war memorial after 70 years. Disappointed with politician Modi for politicising the occasion by making a blatantly political speech at the inauguration.

Today’s speech should have been made in a BJP election rally not at an event with serving armed service officers, veterans & families in the audience. #NationalWarMemorial

A war memorial should be what a war memorial is meant to be: a solemn place for remembering our martyrs. If we make it a political battlefield we are doing grave injustice to their memory.. #WarMemorial

“National War Memorial like other memorials globally is a sacred place. Politics should have been left by PM Modi at its outer periphery. By not doing so PM crossed the Lakshman Rekha and dishonoured the memory of those who laid down their lives for a united, democratic, and tolerant India,” he tweeted.

Senior journalist Harinder Baweja, who has covered security issues for a long time, said that the prime minister should have kept his speech “sombre” as the inauguration ceremony of a memorial was not “an occasion for a political speech”.

Ex-servicemen also showed their resentment towards the speech.

Is the election rally over or still going on ? #NationalWarMemorial

It was very unedifying of Modi 2 use the solemn occasion of inauguration of the war memorial 4 political purposes by making a political speech. Just not done. And who were the gents shouting Modi Modi ? Modi is simply using the AF’s 4 votes.Otherwise we R of no consequence 2 him

Decorum must have been maintained by @narendramodi ji at inauguration of National War Memorial… It is not a place to make political speech… His speech is totally political..

Some are so greedy for the chair, they are prepared to stoop to any low. For them even a sacred place like War Memorial is an opportunity to score political points. https://t.co/y7TEk3L5Gy