Mohammed Akbar Lone's statement comes after he met detained leaders Farooq and Omar Abdullah but it is not clear if this is his personal view or the official stand of the party. 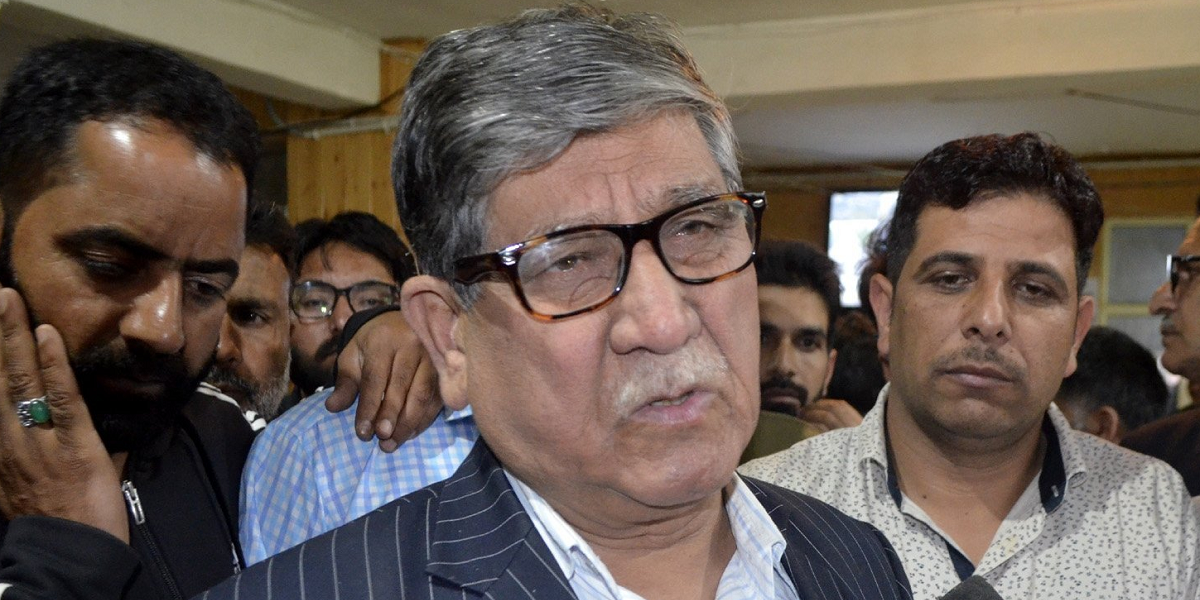 Srinagar: A senior National Conference leader has said the party will not take part in any electoral politics until the Government of India restores Jammu and Kashmir’s statehood and special status.

Speaking to reporters on Sunday, party MP from North Kashmir Mahammad Akbar Lone said that the party will devise a strategy with its political opponents to fight for the restoration of the state’s special position in the Union of India.

While Omar, the National Conference’s vice-president, is in solitary confinement at the Hari Niwas palace for the past 42 days, the senior Abdullah, who is the party’s president and incumbent Srinagar MP, is under house arrest at his Gupkar residence.

Lone’s statement is the first from the National Conference about the party’s future strategy after New Delhi on August 5 read down Article 370 – a constitutional provision that gave J&K a special status – but it is not clear if this is personal view or the formal stand of the NC.

“The Modi government will have to pay a heavy price for this (revocation of Article 370),” Lone said, talking to a group of journalists at his residence.

He said the Centre “wrongly thinks” that by removing Article 370, it has resolved the Kashmir issue. “They are mistaken. Kashmiris are fortunate that the government took this step. They (the Government of India) have injected fresh life into this (Kashmir) movement. The Kashmir issue is again being discussed at the international level,” said Lone. “The Centre will see the fallout of its decision in the years to come.”

Lone believes there was “already no love lost in the hearts of Kashmiris for India”. “By taking this arrogant step, it has thrown the Kashmiris out and led to more hatred among people against India,” said Lone, the former speaker of J&K legislative assembly and a former minister.

Meetings with the Abdullahs

Lone and Hasnain met the senior Abdullah on Thursday after the Jammu and Kashmir high court’s direction to the state government to allow the party members to meet the father-son duo. The meeting lasted for one hour, said Lone.

The next day, the two MPs again met Abdullah for one hour before meeting Omar. Because the high court had barred them from divulging details of their meeting to the press, Lone refused to say what was discussed with the Abdullahs.

But he said his leaders were “dejected”, adding that all of Kashmir felt the same way. “What did they (India) do to us? They snatched our identity,” said Lone recalling the moment when Union home minister Amit Shah tabled the two Bills in parliament to read down Article 370 and divide the state into two Union Territories.

“It was like both of my kidneys were plucked out from my body,” said Lone. “Along with some 60 MPs from other parties, we kept protesting against the move in the well of the house, but nobody listened to us.”

To a question about the National Conference’s plans for the upcoming assembly elections, Lone said, “We will contest any election only after J&K’s statehood is restored. It is a pre-condition. If the statehood is not restored, the elections will get reduced to issues such as constructing drainage systems and lanes.”

He said the party’s leaders and cadres felt a “sense of betrayal” after J&K was stripped of its identity. “We have given our blood to keep democracy alive in the state. See what we’ve got in return,” he said. Once the senior leaders are released, the National Conference will devise a strategy to fight for the restoration of J&K’s statehood, he said.

“It might be a long-drawn battle for the restoration of Article 370,” said Lone.

The National Conference leader blamed the Mehbooba Mufti-led Peoples Democratic Party (PDP) for allowing the BJP to enter J&K. “It allowed them (the BJP) to plan their designs,” said Lone.

On September 9, a group of five Kashmiris addressed media at the Srinagar media facilitation centre – set up by the government for journalists, amid the internet blockade. The group – led by its president Shahid Khan – claimed to have floated a new party, Jammu and Kashmir Political Movement (I). However, nobody in Kashmir seems to be aware of the group’s political agenda or leanings.

“They (the Government of India) can go to any extent to create new parties here. But how long will these parties last. This won’t serve the purpose,” said Lone.

Lone compared the arrest of Abdullahs with the arrest of the former prime minister of J&K, Sheikh Abdullah, in 1953. Sheikh was dismissed on August 9, 1953 and put in prison for 11 years.

“That time an elected government was suspended and today elected leaders have been jailed,” said Lone. “By arresting political leaders, the Government of India is telling us that they don’t care what people want,” said Lone. “The Modi government doesn’t give a damn about what people think. Both Modi and his disciple (Amit) Shah are arrogant.”

The MP believes that people in Kashmir have acted “maturely” by not resorting to protests or violence against the dilution of Article 370. “People are silent. It is maturity on their part. The security forces would have trampled them with bullets,” Lone said.

He said almost all areas in Kashmir have seen an increased presence of security forces since Article 370 was read down. “Show me one place where you will not find army, police, BSF and other forces,” said Lone. 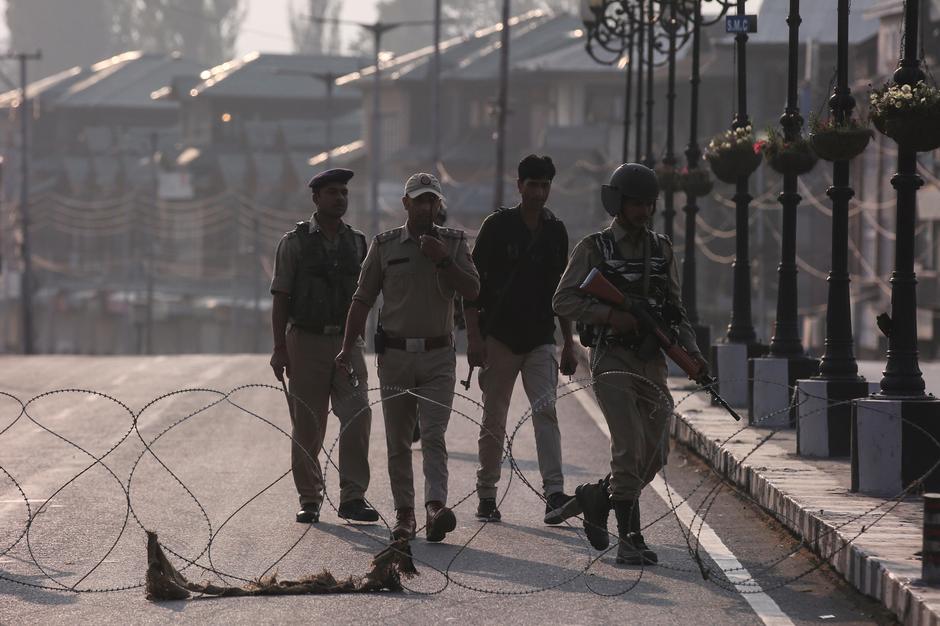 But, he said, the Government of India cannot “keep people of Kashmir silent for long”. “Let them remove the forces and they will see the people’s response,” said Lone.

The National Conference MP also questioned the silence of the Hurriyat leadership on the Centre’s move, saying it equally affects the mainstream and separatist camps.

“The separatists are also Kashmiris. They should have planned an agenda against the stripping of J&K’s special status,” said Lone. “But they remained silent. This article is not just a mainstream issue. It is an issue which concerns them also. They can talk about ‘azaadi‘ only when there is Article 370,” said Lone.

While separatist leaders Syed Ali Shah Geelani and Mirwaiz Umar Farooq are under house arrest, Yasin Malik has been imprisoned in the Tihar jail in New Delhi. Since August 5, the Hurriyat has not issued any statement to the media against the dilution of Article 370.