What Do These Godse Fans Have in Common? They Are All Followed by Modi on Twitter

The prime minister continues to follow many of those who celebrate the killer of Gandhi. 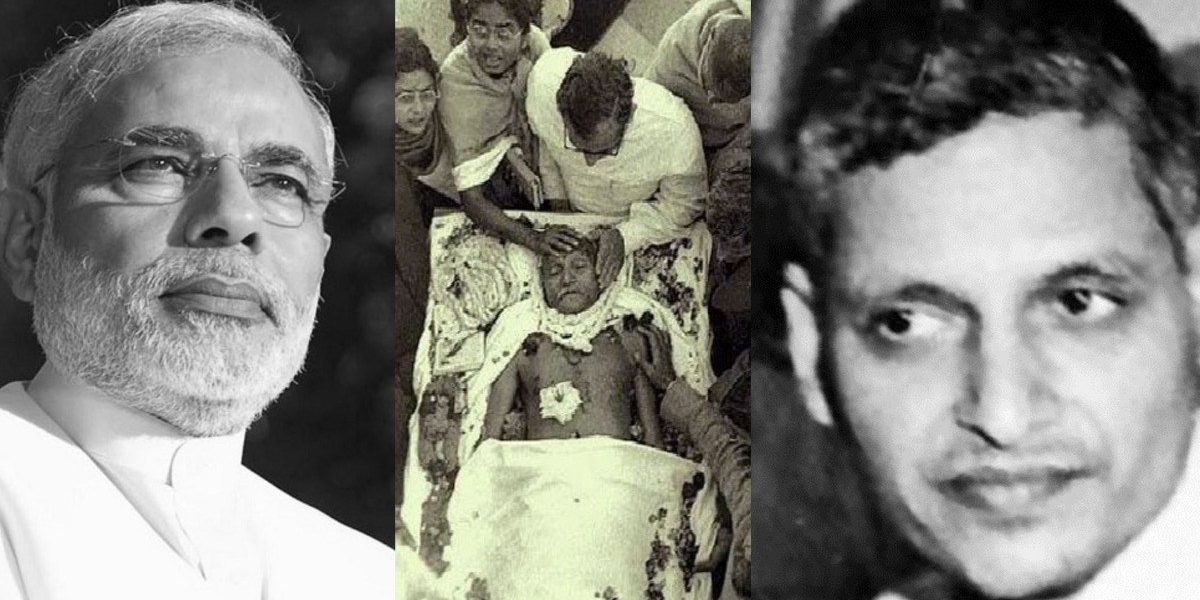 “Godse was God sent”, “Gandhi should have been hanged“, “Godse had valid reasons to shoot Gandhi”, “I repeat I’m a big Godse fan, so what?” What do the people who posted these tweets have in common? Yes, they are all followed by the honorable Prime Minister of India, Mr. Narendra Modi. “गांधी जयंती पर बापू को शत्-शत् नमन! I bow to beloved Bapu on Gandhi Jayanti. His noble ideals motivate millions across the world,” Even as PM Modi tweeted his homage to Mahatma Gandhi on the occasion of Gandhi Jayanti, he continues to follow many of those who celebrate the killer of Gandhi.

The video that is attached to Mr. Modi’s tweet pays a personal tribute to Mahatma Gandhi on his birth anniversary. Though BJP leaders don’t miss their mandatory Gandhi Jayanti tweet, the situation on the ground among followers of the RSS ideology is very different. From criticizing Gandhi to praising Godse, all of it can be seen.

Alt News researched the tweets of the people Mr Modi follows to see the sentiment they express towards the father of the nation and his murderer. Here is a small selection:

There are those deify him and are ardent admirers

@GauravPandhi I said the Gandhi last name is like a gaali. I would have rather been a Modi or Godse!! 🙂 @calgalin @MaswoodZ

@gsurya :: I am a big fan of Nathuram Godse. Anytime you, Sibbal or Chindu can visit me.. Most welcome! @siddarthpaim

The following tweet is by BJP’s National IT Cell head. 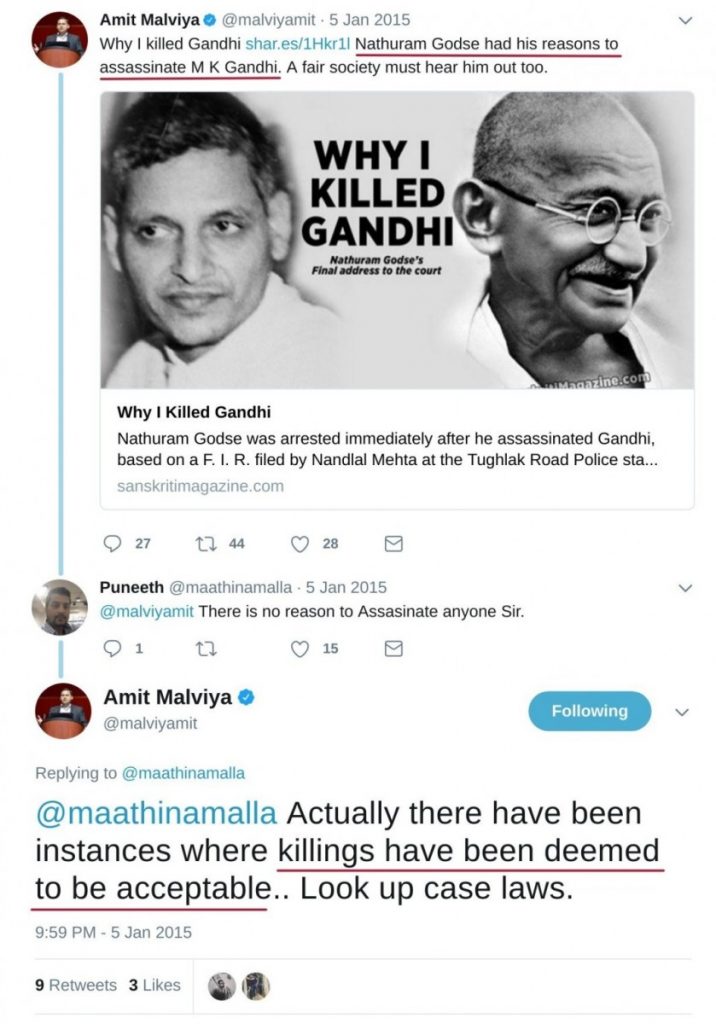 Godse’s love for India was intense and he was fed up of the continued Muslim appeasement done by Gandhi, which was destroying India.

Many of us criticize Nathu Ram Godse for what he did, but if you ponder over why he did it, i think i’ll pass his act as equitable action.

Yet, the common feature in many being that they see nothing wrong with the killer

I Truly Recommend,
Godse Pic Beside Gandhi Inside Parliament.#MyFreedomOfSpeech https://t.co/KHsOL2rpTO

Why don’t we have more Godse ??

And others who equate Godse to Ram, Krishna and Obama while equating Gandhiji to Osama, Kans and Ravan

Wish Nathuram Godse would have alive today to teach a lesson to Prashant Bhusan.

What’s wrong in it ? Even I respect Godse and not Gandhi. Matter of personal choice. https://t.co/SwNxZwEJYa

The above is only a small extract from a large number of such tweets by people Mr Modi handpicked to follow. Though he follows so many admirers of Nathuram Godse, Mr Modi himself has never tweeted anything in his praise. At the same time, he has never said anything negative about him either. His views on Godse remain unsaid, never to be expressed openly.

This article was originally published on Alt News on October 2, 2017. It is being republished in the light of the BJP’s Pragya Thakur calling Godse a ‘deshbhakt’ (patriot).

Note: This article has been edited as one of the accounts is no longer followed by Modi.