Crops Destroyed for Modi's Rally in Varanasi, No Compensation Paid to Farmers

Close to 10 acres of land was used for Modi's July 2018 rally in Kachnar. Farmers who had to give up their crops have still not been compensated. 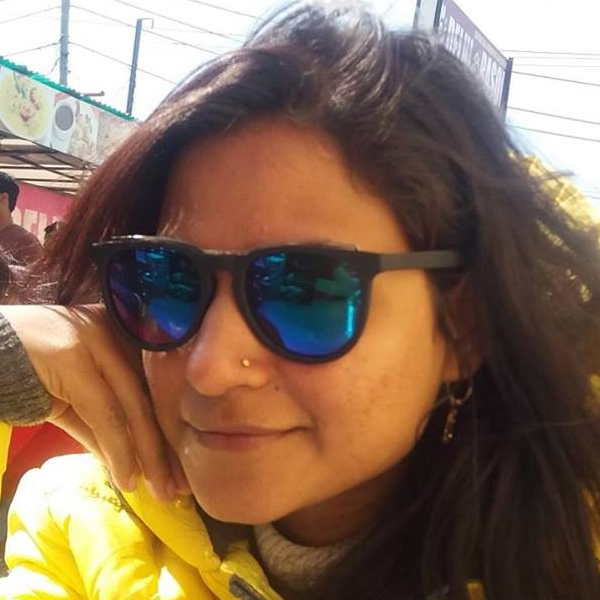 Kachnar (Varanasi, Uttar Pradesh): “The construction of two helipads for Prime Minister Narendra Modi’s rally destroyed the crop on my field. We were told that we will get compensation for the crop we lost, and in case we don’t receive compensation, we can claim possession of all the bricks on our field,” says Chamela Devi, tears flowing from her eyes. Devi is a 60-year-old farmer in Kachnar village near Varanasi’s Rajatalab.

“Prime Minister Modi arrived in Varanasi and held a rally for which thousands of people gathered. Lengthy speeches were delivered. Then, he boarded a helicopter and flew away. But we have not received any compensation. The government officials even took away all the bricks from the field,” she complains.

“When my son objected to it (the bricks being taken away), he was beaten up,” adds Chamela Devi. “All that was left on my field were bits of bricks and stones. Our crop was ruined, our field was wrecked and we were destroyed.”

On July 14, 2018, a rally was held at Kachnar village located near Varanasi’s Rajatalab, where Modi addressed a public meeting. During the speech, he announced 20 projects at a cost of Rs 449.29 crore and inaugurated (through video-conferencing) projects worth Rs 487.66 crore.

About ten acres of land was used for Modi’s rally. The stage was specially decorated and seating was arranged for thousands of people. Three helipads were constructed and separate parking areas built.

About seven farmers’ fields in Kachnar were used for the rally. This included nine biswas (one biswa = 1,350 sq feet) of Girija’s land, ten biswas from Khatan Lal, ten biswas from Mithai Lal and 3.5 bighas from Chameli Devi. None of them have received any compensation yet. 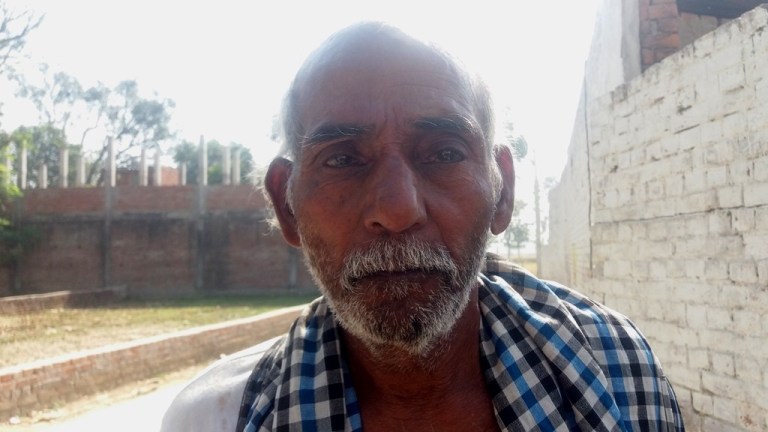 Still awaiting compensation, 65-year-old Girija says, “My crop of vegetables was ready. We were cultivating nenua (sponge gourd) and bhindi (okra). These officials ruined my entire crop. They had said that we will receive compensation, but we didn’t get anything and our crop was also destroyed.”

“Is this how leaders are? Is this how a prime minister is? He should be working in our interest, instead he is…,” Girija chokes up.

“We don’t own this land,” says Chamela Devi. “Of what we earn, three-fourth goes to the landowner, while we get the remaining one-fourth. This amount is all spent on farm activities, like tilling and sowing, until the crop is ready for harvest. It is all our responsibility.”

“When our land was taken for Modi’s rally,” she recounts, “we were preparing to sow a few vegetables. Tilling and sowing had been done. The field was ready and in a day or two we would have planted the saplings. But then we were made to offer the land to Modi.”

“Four trucks of sand were dumped on our field for Modi’s rally. The condition of our land after the rally was so pathetic that we had to pay three times the money for tilling the land again. While the tilling usually costs us Rs 2,000, it cost us Rs 12,000 this time. In addition, we had to manually remove stones and bricks from the field. Yet, the quality of the crop was not the same,” says Chamela Devi.

Devi adds, “We have no source of livelihood other than farming. I, along with my three sons and their wives, work on the field from morning till night. Only then are we able to earn our daily food. But Modi’s rally has ruined us. We have a loan to pay now. Not only was our crop destroyed, we didn’t even receive any compensation.” “We sow one crop and prepare for the next,” she says. “In July, there was no harvest and since then the condition of our field has been so poor that we’ll hardly be able to grow 2-3 quintals of wheat, while we normally reap 5-6 quintals.”

The farmers awaiting compensation claim that they are tired of running between offices and their pleas have remained unheard.

The family of 50-year-old Khatai Lal, whose land was also taken over for Modi’s rally, rests on agriculture as the only source of livelihood.

“We were elated when we came to know that Modi is holding a rally in our village, but the happiness was short-lived,” says Khatai Lal. “We were told to offer our land for the rally.”

“At the time, we were cultivating kaddu (pumpkin) and kohda (cucurbita) on our ten biswas of land. The season’s first harvest was almost ready when government officials came and the whole field was flattened. I witnessed nearly Rs 50,000 worth of my crop being ruined in front of my eyes and I couldn’t do anything,” says Khatai Lal.

“My three children are studying,” he adds. “Our farming bore the expenses of their admission, books and other stationery. But after our crop was wasted and we did not receive any compensation, we fell under huge debt and my son Sunil had to leave his college. Now, he works at a sweets shop.”

“In the month of July, there are fewer vegetables and their prices soar. Our crop was destroyed at such a time,” says another farmer, Shobhnath.

“We cultivate radish and boda on our field,” he adds. “Flowers had sprouted in the plants but the vegetables were not yet ready when the field was wrecked. We suffered a loss of more than Rs 50,000. It feels even worse when the promises of compensation are not fulfilled.”

“How many offices can we visit and how many rounds can we make?” asks Mithai Lal. “We have to feed ourselves too. We have given up all hope of getting anything after several rounds to the sub-divisional magistrate’s office.”

Another farmer, Raju Patel, says, “We have been devastated as we are mired in debt. Crop worth Rs 40,000 has been spoiled. The next harvest has been of poor quality as the wheat grains are shrivelled. What will it fetch us?”

Also read: The Buzz in Varanasi Is Around a Train Not Going Anywhere. Find out Why.

When the village pradhan, Vijay Patel, is asked about compensation for the farmers, he says, “We wrote to the officials several times, and made several rounds to the SDM’s office. We even held demonstrations and protests, but our voice has not been heard.”

“The farmers in our village have suffered huge losses but they have received no compensation. Now, in the wake of the Lok Sabha elections, the Election Commission has imposed the model code of conduct. No further hearing will be held now.”

When Rajatalab’s SDM, Jay Prakash, is contacted, he says that he was posted here only a few days ago, and therefore is not aware of the issue. At the time of Modi’s rally, Anjani Kumar Singh was the SDM of Rajatalab.

Rizavana Tabassum is an independent journalist.