In Modi's Rhetoric and Silences, More Than a Hint of Unease

The prime minister won the trust vote easily but skirted many issues in parliament by choosing not to reply to many serious concerns raised by the opposition. 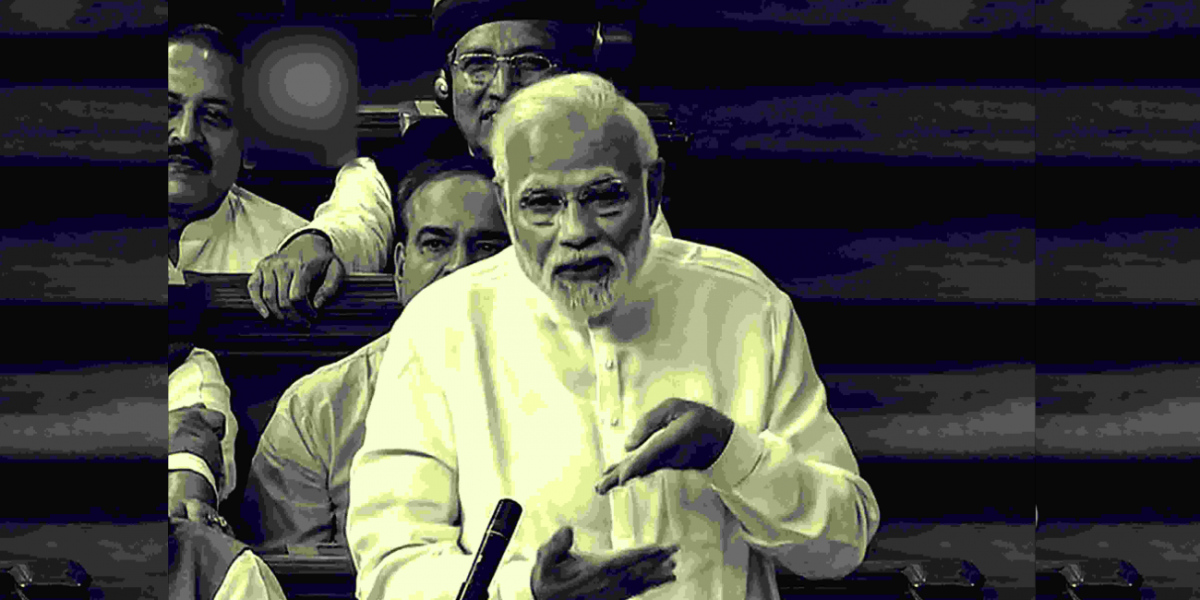 New Delhi: The outcome of the no-confidence motion against the Narendra Modi government was predetermined – it was handily defeated late on Friday night after the Telugu Desam Party insisted on a formal division of the votes. While 325 MPs stood against the motion, those in favour were 126. There were zero abstentions after the Shiv Sena – an ally of the National Democratic Alliance – walked out of the house in the morning itself , as did the the Biju Janata Dal and Telangana Rashtra Samithi.

Yet, in what can be called the first major perception clash in the run-up to the 2019 general elections, the motion became a parliamentary exercise for both the ruling coalition and the opposition to advance their electoral agenda. While the government claimed the win as a reminder that it enjoys almost a two-thirds majority in the Lok Sabha, the opposition projected debate as one where it sought answers from an opaque government.

As expected, the debate became an opportunity for Congress president Rahul Gandhi to launch a full-throttle attack on Prime Minister Narendra Modi. Later, after a day-long debate, the prime minister hit back, taking more than an hour and a half to respond to charges made by the opposition – and take several swipes at Rahul Gandhi and former Congress president Sonia Gandhi. 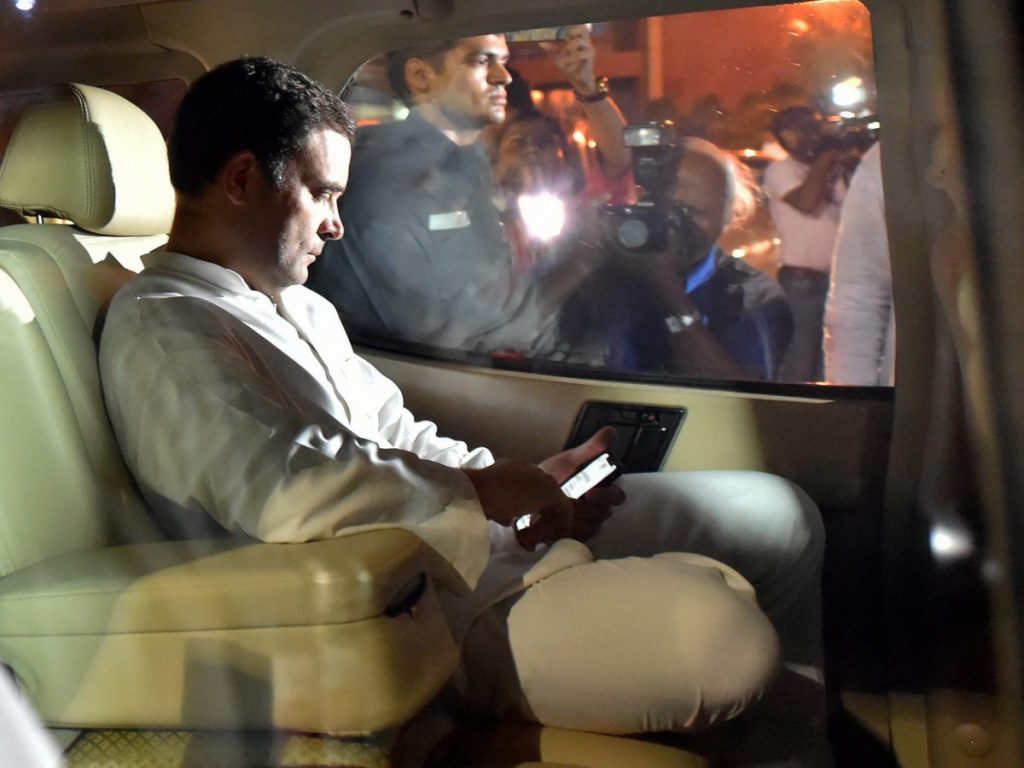 Early in his speech, Modi gave an indication of what the BJP is likely push in the run-up to the 2019 elections. Just like his colleagues who spoke through the day, the prime minister made it clear that his campaign for 2019 might not be any different from 2014. The bulk of his reply to the motion focussed on attacking previous Congress regimes – exactly the way he launched his campaign in the run-up to the 2014 elections. Still in opposition mode despite having ruled for four years, the prime minister appeared convinced that highlighting the failures of the Congress before speaking about his own achievements was the winning hand to be played.

In his characteristic style, Modi attacked the opposition for being “pessimistic” and “misleading the public” through false propaganda. This is because the opposition, according to the prime minister, “has no confidence in itself”.

To the opposition’s charge that minority groups are at the receiving end of Hindutva violence, he replied that the last 18,000 villages his government electrified are inhabited by Dalits and adivasis. In turn, he accused the Congress of deliberately ignoring these villages as it did not bring the party any substantial gain. “The government has moved forward with the slogan of ‘sabka saath, sabka vikas’ without resorting to politics of appeasement and vote bank calculations,” he said, code for the accusation that the Congress is a “Muslim party”.

In response to Rahul Gandhi’s criticism that the NDA took care of big businesses at the cost of farmers and small businessmen, Modi asserted his government’s pro-poor stance and presented a long list of schemes that he felt would benefit all.

“Today, around Rs 80,000 crore has been deposited in more than 32 crore Jan Dhan bank accounts. Eight crore toilets have been built. More than 4.5 crore women are leading smoke-free lives because of our Ujjwala scheme. At the same time, lakhs would benefit from Ayushman Bharat health insurance scheme. Rs 80,000 crore is being spent on irrigation projects. Why couldn’t the Congress introduce these?” he asked.

He also tried to build some confidence as he talked about the country rising several notches in the ease of doing business rankings. “It is because of our efforts that India has become the sixth largest economy and if it moves ahead at this pace, it could become the third largest with more than a trillion dollar economy.”

Although most of these claims have already become contentious, Modi cited the same numbers that his partymen have been touting for months. In many ways, his speech sounded repetitive. While he talked about his achievements, he did not touch upon many of the crucial issues that the opposition raised through the day.

The prime minister remained silent on the issue of increasing mob lynching incidents (other than to urge state governments to act) and did not give a clear answer to the controversial Rafale combat planes deal (the cost of which remained unanswered). Nor did he address the concerns raised on the security of Dalits and minorities. While he focussed on the economy, he dismissed social concerns as merely a part of the opposition’s “pessimistic” politics.

Throughout his speech, his primary concern was to outwit the Congress as he touched upon the issue of Andhra Pradesh’s demand of a special category status only for about five minutes in his lengthy reply.

Here too, he accused the Telugu Desam Party – which had moved the motion against the government for denying Andhra Pradesh ‘special status’ – of making a “U-turn to hide their failures.” He said that the government was going by the recommendations made by the Finance Commission in not granting special status to the state. Yet, he said, the government had devised a “special assistance package” which would have met all the requirements of a special category state. He said that state chief minister N. Chandrababu Naidu had approved of this plan in September 2017, but faced with backlash from the YSR Congress, Modi said, he had started shifting the blame on to the Centre.

The prime minister also chose the occasion to respond to an accusation that his government has been facing for some months now – that the BJP’s policies and cronyism has led to an unprecedented burden on Indian banks as debt-laden companies defaulted. He, however, blamed the whole crisis on the Congress. “The story of NPAs began in 2008. 2009 was an election year. It was in 2008 that the Congress started the loot of banks by allowing multiple loans to its favourites.”

“I was shocked when we came to power. You will be amazed to know that banks had loaned only Rs 18 lakh crore for 60 years of independence but between 2008 and 2014, the loans increased to Rs 52 lakh crore. Telephone aaya loan de do. Desh NPA ki janjaal mein phans gayi. NPAs are like landmines which the Congress introduced,” he said. 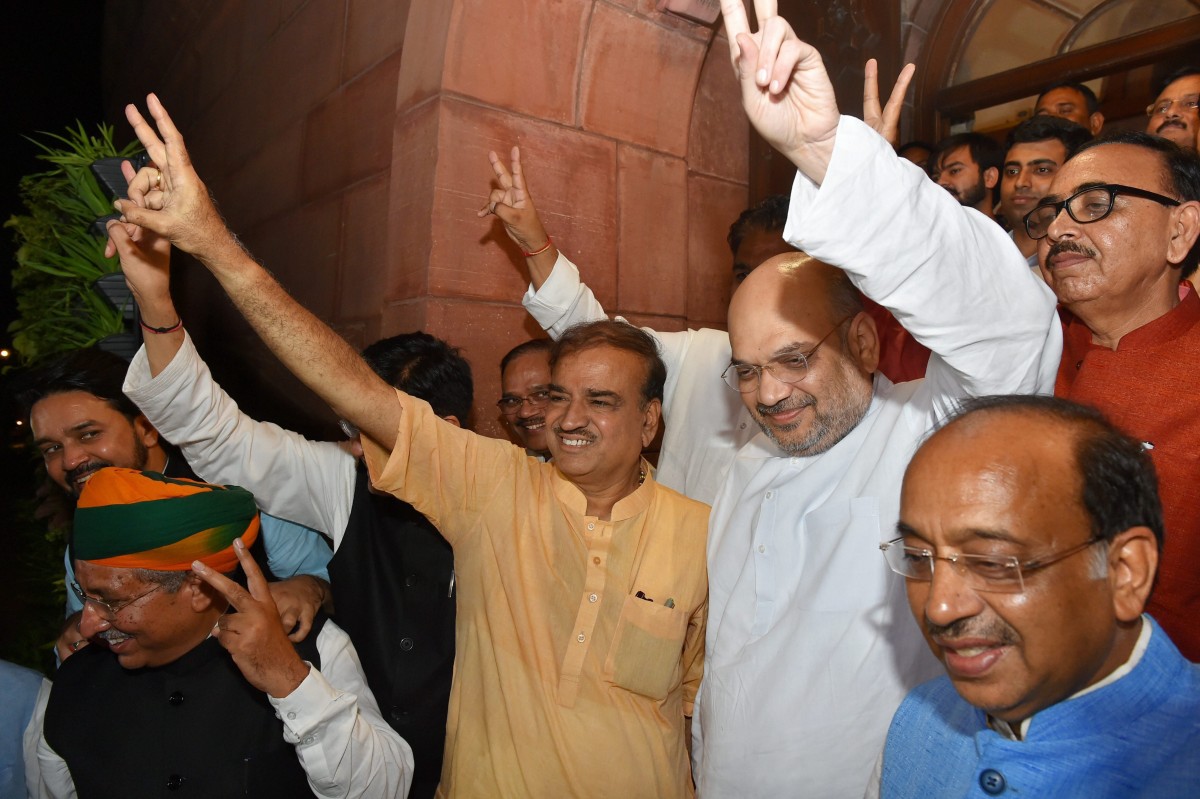 Apart from attacking the Congress’s record, Modi’s references to Rahul Gandhi made his electoral plank clear in parliament – that BJP will again push for a presidential-style race with him leading from the front against a Congress leader who will be attacked for being immature, impatient and undeserving. A combination of the government’s achievements and nationalistic rhetoric is most likely the strategic campaign that will be advanced. And yet, while Modi may have called Rahul “bachkana (childish)” in his speech, the fact that a large part of Modi’s speech was directed at not the Congress but its president suggests Rahul Gandhi may just have unnerved the prime minister.

The prime minister’s speech will also be remembered because of the issues it did not address. Most of the opposition leaders raised the negative impact of two most-publicised reforms, demonetisation and the introduction of the Goods and Services Tax, that was introduced by Modi. They recounted the sufferings of the poor because of these two measures.

But the prime minister, just like his partymen, chose to only indirectly address these concerns. While he did not mention demonetisation at all, he spoke about multiple laws and measures his government had taken to stop the flow of black money. He also did not address the opposition’s charge that GST had been hastily and poorly implemented. Instead, he used GST to attack the Congress and said that the grand old party had stalled the GST for eight years. On the charge that he had himself opposed GST as the chief minister of Gujarat, he said that he had opposed it because the Congress had not taken concerns raised by states into consideration.

The way the BJP cleverly skirted concerns around demonetisation and GST is ironic as both were touted as the two most significant reforms India has ever seen. It is impossible to forget the prime minister’s late evening speech on November 8, 2016  announcing demonetisation as the single-most important decision ever taken to target black marketeers. Now that the undertaking has proved to a be big failure, even the BJP seems to have disowned it. Similarly, a high-publicity midnight inauguration of the GST regime in the central hall of the parliament was talked about as the greatest tax reform. Yet, NDA leaders chose to not speak about it.

Instead, it was the opposition that brought up both issues and stressed on the damage these two measures had caused to a large section of India’s population. It picked up issues of farmers, small businessmen and vulnerable identity groups whose lives were disrupted because of these sudden changes in the economy. Perhaps, this is the way the opposition campaign for 2019 elections would also unfold.

At the same time, the opposition continuously tried to question the government on the worsening social fabric of the country but the prime minister only paid lip-service to the crisis by saying that people who indulge in mob lynchings should face strict action.

At the end, the prime minister resorted to his old jibe against Rahul Gandhi by calling him “naamdaar (entitled)” and called himself “kaamdaar”. He also mimicked Sonia Gandhi’s Italian accent and derided the opposition for lacking in numbers. But even though Modi may have won this battle, the optics did tilt in the eyes of many today and he and the BJP may still have cause to worry in the run up to the 2019 elections. The NDA clearly won the vote on the floor but it is not clear how representative the division witnessed in the Lok Sabha is of national voting preferences. 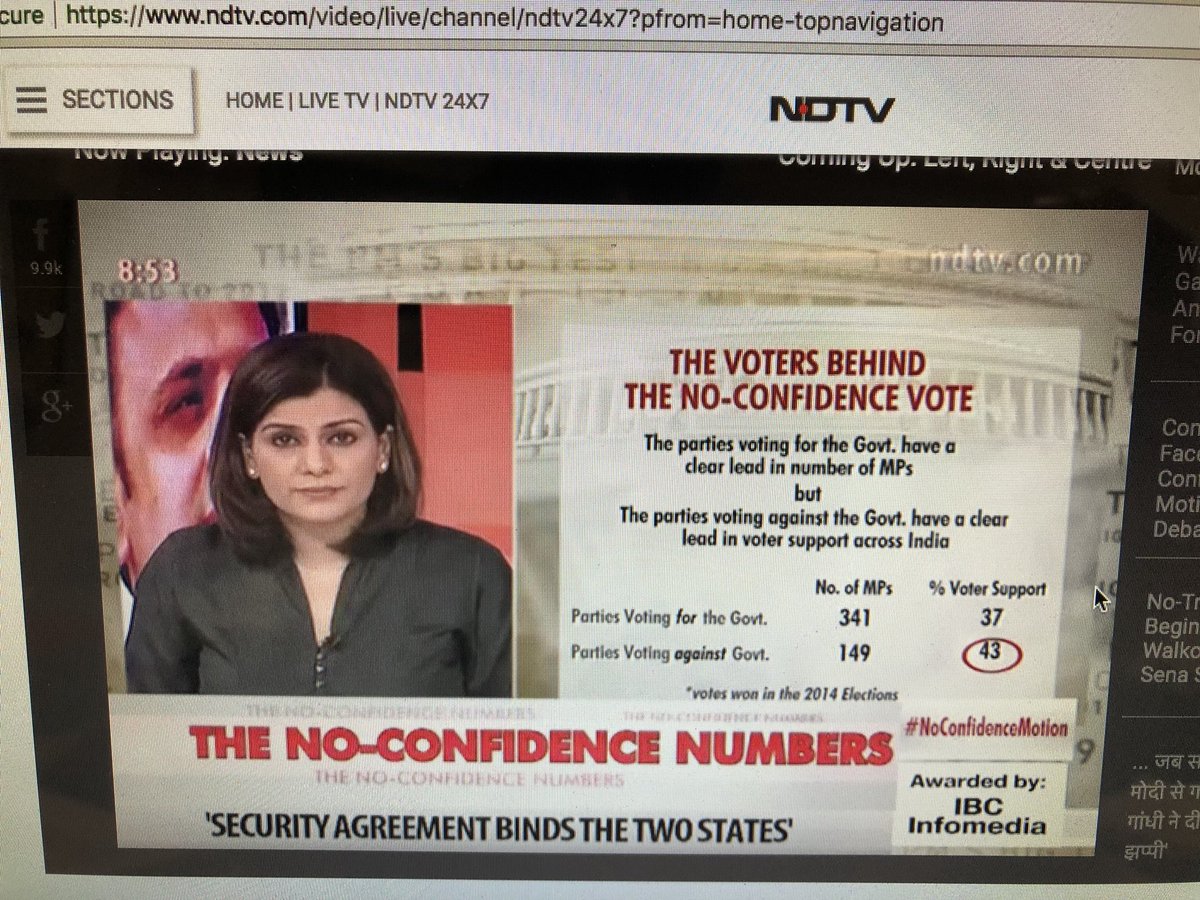 NDTV calculated that the 2014 vote share of the parties voting for the government was 37%, compared to 43% for the parties voting against the government. With less than a year to go before the Lok Sabha elections, this six percentage point difference represents the challenge that Narendra Modi still needs to surmount if his wish – as stated on the floor on Friday – of the Congress bringing another no-confidence vote against him in 2024 is to come true.