Modi made several claims that were meant to make the previous BJP government in the state, as well as the Centre, look better. But the prime minister got some of his facts wrong. 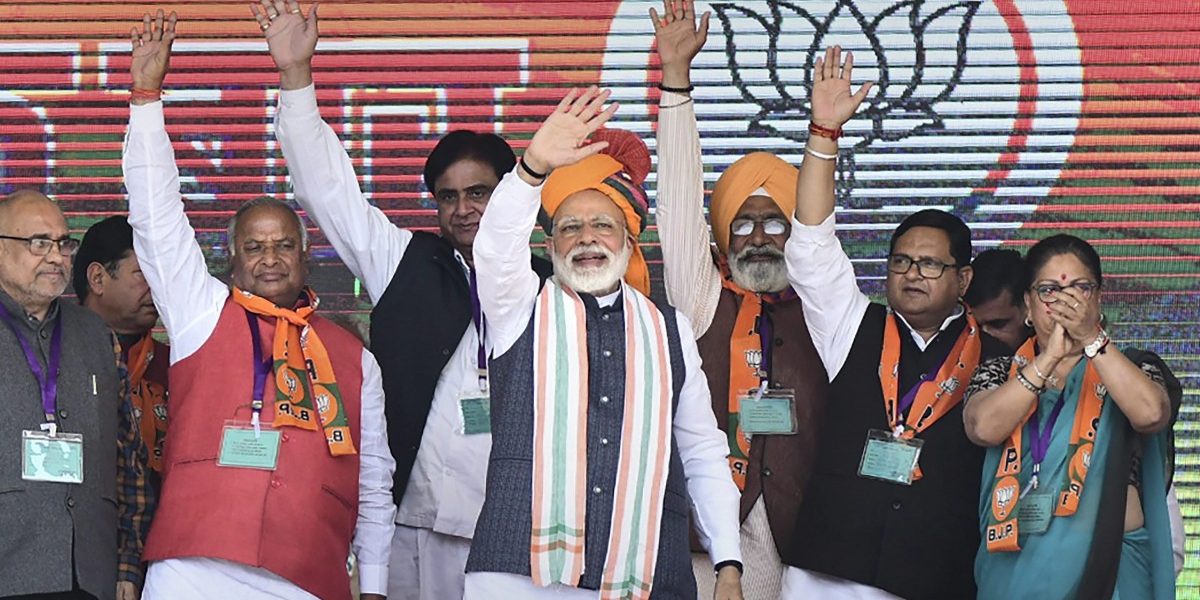 He made several claims that were meant to make the previous Bharatiya Janta Party in the state, as well as the Centre, look better. But did his statements match up with reality? The Wire breaks it down.

On Yamuna’s water in Churu

Modi claimed that water from the Yamuna river had reached many parts of Churu district under the previous Vasundhara Raje government’s ambitious project.

Under the project, a pipeline was proposed between Rajgarh in Churu and Ghaziabad in Uttar Pradesh to utilise Yamuna’s water for drinking and irrigation in the Shekhawati region (Sikar, Jhunjhunu and Churu).

Also read: When Narendra Modi Was Fact-Checked By the Sangh Parivar

However, as per the Rajasthan water resources department, the project is yet to receive approval from the Central Water Commission (CWC). “We have just submitted a detailed project report to the CWC this January and the approval is still awaited,” superintendent engineer and in-charge of the inter-state river projects Yogesh Mittal told The Wire.

On One Rank One Pension

Bringing up the One Rank One Pension (OROP) scheme, Modi claimed that retired army men  from Churu have been granted benefits under it. However, ex-army men’s organisations have called this false.

“It’s completely a fake announcement that army men have been given the benefit of the OROP in the Shekhawati region of Rajasthan. The truth is that we have submitted a memorandum to the Prime Minister Office (PMO) two months ago for irregularities in the average time taken for disbursement of the pension under the scheme,” Liyaqat Ali Khan of the Voice of Ex-Servicemen Society in Rajasthan, an organisation with about 3,000 active members that has been vociferously demanding proper implementation of OROP, told The Wire.

Modi also claimed that the state Congress government hasn’t submitted the list of beneficiaries under the Pradhan Mantri Kisan Samman Nidhi Yojana, announced in the Budget, meant to grant Rs 6,000 per year to 120 million small and marginal farmers.

Also read: Fact Check: Yogi Adityanath’s Claim That There Were No Riots During His Tenure

However, as per a senior official who didn’t wish to be named, the state government has uploaded the details of approximately two lakh beneficiaries on the PM Kisan portal for disbursement of the benefit.

Modi also claimed that the people of Rajasthan aren’t able to receive the benefit of the Modi government’s Ayushman Bharat scheme as the state Congress government hasn’t yet implemented it.

While it is true that the Ayushman Bharat scheme isn’t yet operational in Rajasthan, a similar health insurance scheme initiated by the previous Raje government called the Bhamashah Swasthya Bima Yojana (BSBY) is running in the state.

Under the BSBY scheme, families included in the national food security scheme are being provided insurance cover of Rs 30,000 for general illness and Rs three lakh for severe diseases. It includes check-ups, treatment, operations and OPDs.

As per officials, managing the budget for Ayushman Bharat is difficult when the state is already running a self-sufficient health insurance scheme of its own.