Be it the Rafale mess, the usurpation at the CBI or the attacks on the RBI, the Modi government believes it has a licence to impose its petty calculations and demands on everyone. But this over-reach is not matched by the requisite talent and skills. 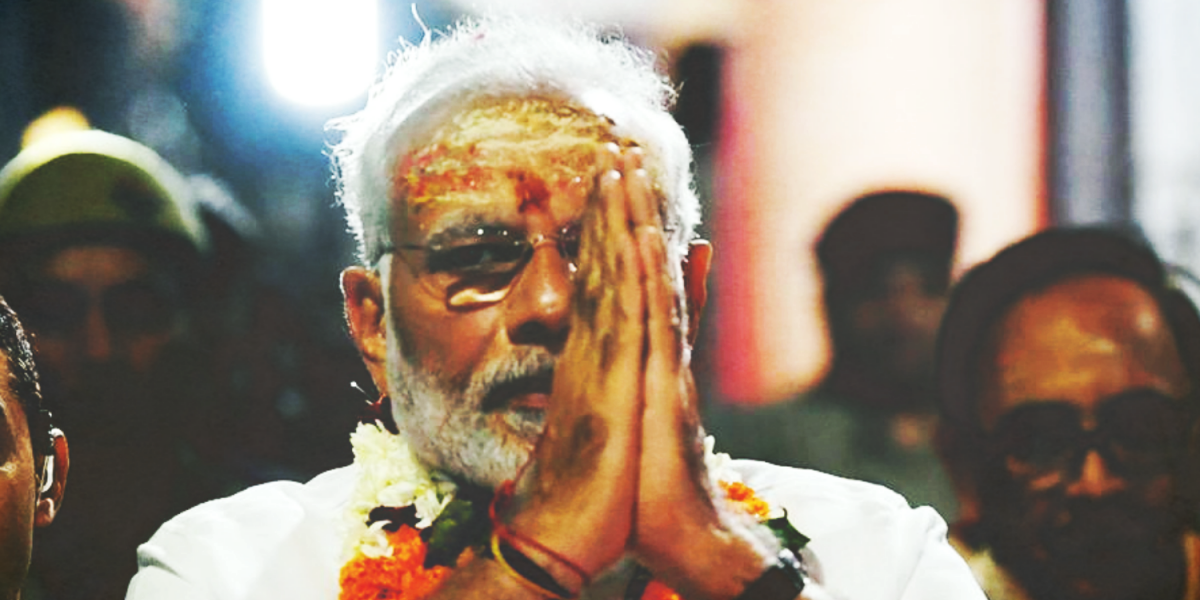 Relish the irony. A French arms dealer is heard from on the eve of the Supreme Court taking up the messy Rafale affair; the Dassault CEO insinuates himself in our internal political disputes – that too on the watch of a very self-insistently desi sarkar. And what does this expert witness assert? Predictably, he rubbishes the suggestion that the Narendra Modi government had anything to do with the Anil Ambani group being rewarded with a contract to help manufacture these ultra-modern fighter planes.

That such an elaborate charade could be staged in an effort to influence Supreme Court judges should surprise no one. This kind of street-smartness has been the default option of the clique of inadequate, limited men lording it over Raisina Hill’s real estate.

After four years in power, their agenda has acquired a truly alarming edge and needs to be blunted. These limited men have convinced themselves that a Lok Sabha majority gives them an unlimited mandate to overturn every single constitutional institution of restraint. At the core of this interpretation of ‘mandate’ is the unrelenting assertion of the ‘decisive’ leadership of Prime Minister Narendra Modi. This decisiveness is deemed central to the ‘Modi magic’, and hence the demand that in its pursuit the prime minister be treated as above all and any stipulation of accountability or transparency. The limitedness of one man was elevated into a national blessing. And now the chickens are coming home to roost.

The other day, we were forced to recall how two years ago the prime minister simply decreed the demonetisation of our currency. It is now clear that this cataclysmic step was not taken on the basis of any rational economic reason. The Reserve Bank of India refused to accept its stated logic. What was unstated, of course, was that demonetisation was primarily intended to build up Modi’s reputation as a leader capable of taking “tough” and “decisive” action. Two years later, it is obvious that that reputation was purchased at an enormous cost to the economy and inexcusable pain to millions and millions of poor Indians.

It is in the nature of this “decisive” leader syndrome that a court culture breeds itself around the helmsman. Inadequate men are inherently insecure and tend to surround themselves with second-rate talent. The Modi group cooked up this myth of a “Lutyens Elite”, and this became a convenient tool to cull out first-rate minds from the corridors of decision-making. For example, “foreign-educated” economists were bad-mouthed. A ‘rock-star’ Raghuram Rajan is anathema to a regime which permits only one star. Globally respected, independent, brilliant voices make reluctant cheerleaders and naturally come to be seen as dispensable nuisances. Now, after four years, Modi is firmly entrapped in the limitedness of his own coterie.

Today, it is this absence of first-class talent that has come to tell on the management of our national economy. Quack economists and advisers have provoked an unprecedented stand-off with the Reserve Bank of India, whose leadership is not prepared to barter away its institutional autonomy. Nor do the RBI governor and his deputies appear willing to enable the great leader to buy the next mandate. That is not acceptable to the “decisive” leader; hence, the threat to use a knuckle-duster.

Unfortunately, after four years of unchecked power, the “decisive” leader has come to feel entitled to complete and total freedom of action, irrespective of procedures and protocols; and he demands obedience and compliance from all other institutions. What is all this fuss about the prime minister settling, arbitrarily, for 36 fighter planes, instead of 126? How dare the CBI director think he has the option of not falling in line with the regime’s political calculations? How can the CBI refuse to be used as an instrument of control and coercion to those who constitute the ruling clique?

All these claims in the name of “decisive” leadership would have gone unchallenged if these were backed by competence, skills, calibre, talent and results. And that is the rub. The government is seen as a gaggle of second-rated busybodies, unequal to the task of governing a vast nation wisely and prudently.

Perhaps the most corrosive outcome of the limitedness of these limited men is the shift in the RSS-BJP equation. Increasingly, the balance is tilting in favour of the Nagpur bosses.

During the first NDA regime, the Vajpayee-Advani-Jaswant-Joshi-Yashwant team was better equipped in terms of experience, wisdom, tactics and political savvy to beat back whatever the Nagpur antediluvians could come up with. BJP ministers could always outthink, outgun and outshine the tedious and boring pracharaks. Vajpayee never allowed the RSS to hijack the BJP’s agenda. And now? A weak Modi-Sushma-Nirmala-Jaitley-Rajnath line-up has allowed Nagpur to walk all over the government.

Worse, the RSS bosses have sized up the Modi crowd and its limitedness; they have become cockily sure of their own pedestrianism. And they have become ambitious. That Mohan Bhagwat could be allowed to hog the Vigyan Bhavan podium advertised to the whole wide world that Narendra Modi no longer has exclusive control over the prime ministerial prerogative – setting the agenda. That is not all. No other group understands better than do the Nagpur commissars the extent of the Modi regime’s political, administrative and economic failures. As it is, the RSS has long given up its pretence of being a “cultural organisation” and is inextricably in the power game. By now, the pracharaks have had a taste of power and patronage. Appetites and ambitions have been whetted.

In another six months, the voters will get a chance to have their say on whether this group ought to be given another chance to lord over us. But these six months are crucial. A cornered Modi regime can still play havoc with our constitutional arrangements. A grave responsibility rests on all those who preside over our institutions to firewall the republic from the rampant smallness of inadequate men.