Kashmir, Modi and the Temptations of a New Imperium

We have opted for an uncompromisingly clenched fist in Kashmir, but a sullen, scorned populace produces its own unpredictable response. More alarmingly, the easy acceptance in the country of official brazenness is unnerving. 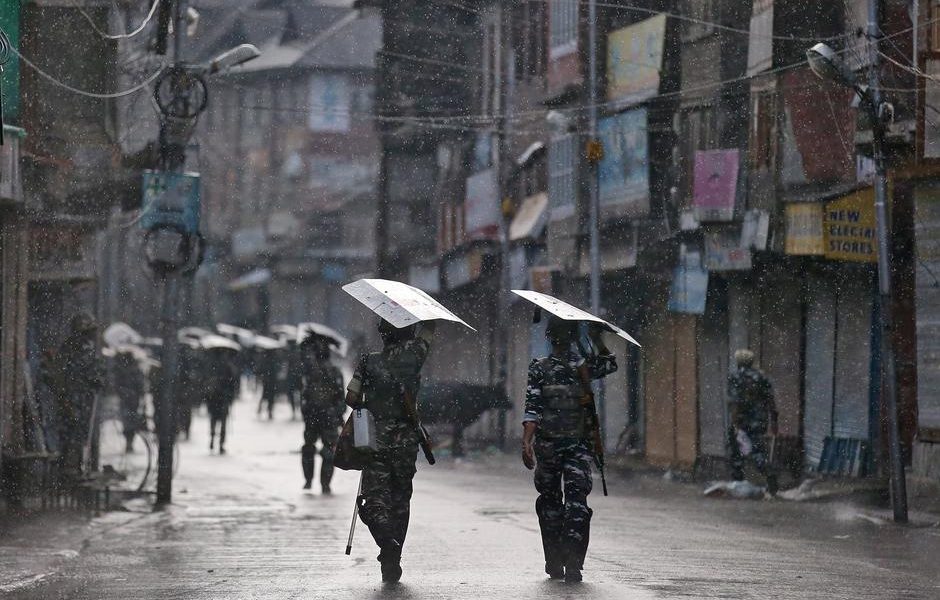 Farooq Abdullah may appear to be an old, tired and perhaps sick lion these days, but it was not long ago that he was a strapping young cub. In October 1983, as the first time chief minister of Jammu and Kashmir, he hosted opposition leaders in Srinagar, giving the proverbial middle finger to the powerful prime minister, Indira Gandhi.

Those were also the days when we had that an enigmatic chief minister in Andhra Pradesh, N.T. Rama Rao, who dramatically declaimed that the “Centre is a myth”. And then we had the Akalis in Punjab, making a nuisance of themselves, demanding acceptance of something called the Anandpur Sahib Resolution.

This is recalled simply to underscore one of the abiding but unsettled axioms of statecraft: the terms of co-existence and submission between an imperial New Delhi and the outlaying provinces; in some instances a fair and honourable balance had to be worked out between the periphery’s penchant for autonomy and the Centre’s insistence that its suzerainty be acknowledged; and elaborate protocols and rituals are devised and revised from time to time to operationalise that balance.

Both the Mughal Empire and the British Raj understood that the subedars have to be allowed a certain space, in return for loyalty and obedience. It is widely recognised by modern-day kings and emperors that too much unmanageable trouble on the periphery would entail political costs in the mainland.

These ancient and wise lessons of statecraft were not unknown to those who undertook the historic task of consolidating the new nation-state in 1947, as well as framing its constitution.

Our constitution has, accordingly, made special provisions regarding various parts of the country, with an aim to ensure that the distant people feel reassured about their cultural space and religious rights. Article 370 and Article 35A grew out of a historical context and were designed to offer the people of Jammu and Kashmir a partnership of honour and dignity. In those early, uncertain days of nation-building, these assurances went a long way in helping the new leadership stabilise the nation after the post-Partition trauma.

However, politically it has not always been easy to work out the Union-states and Centre-periphery equations. The ruling party at the Centre – for long the Indian National Congress and now the Bharatiya Janata Party – has invariably felt that no part of the country would be beyond its reach, even if the ‘locals’ see it as an encroachment of their space. Political statesmanship has always been needed to work out the extent to which the Centre felt it was prepared to annoy, even alienate, local partners.

The Modi government has chosen to demonise a handful of Kashmir families as the root cause of all our troubles in the erstwhile state of Jammu and Kashmir; but, over the years, it was apparent to anyone ruling from Delhi that a Kashmiri buffer was an imperative.

Harsh geopolitical realities demanded that we should have ‘our’ Kashmiris manning the chief ministerial gaddi. We needed to create our own ‘subedars’, compliant and complicit. The Indian statecraft required that we maintained a certain kind of pretence of containing through ‘democratic’ paraphernalia the pro-Pakistan, autonomist, separatist constituencies.

Also read: In Modi’s Speech About J&K’s Past and Imagined Future, the Present Was Missing

Kashmir was no exception. We faced similar dilemmas in the Northeast, with its geo-strategic complications; and, again we produced new ‘democratic’ elites, carving out new states, with familiar results.

In his address to the nation, the prime minister seemed to suggest that New Delhi will now nurture a new elite – more broad-based, somewhat ‘democratically’ anchored. Modi copiously ladled out allurements to various sub-elites. Sooner or later these new panchaytis would become contaminated with greed and nepotism, just like in any other part of the country.

Freedom from ‘corrupt’ ruling families has nice ring to it; but it would be foolish to forget that statecraft required that we practiced a bit of ‘divide and rule’, enabling a handful of families to take turn at ‘governing’.

These were not the happiest of choices. But there was this enormous self-confidence in our own democratic project and the fundamental substantiality of the Indian state that we could live with a handful of flawed compromises in Srinagar.

The Vajpayee-Advani crowd was no less patriotic or less Hinduite in its credentials, but it had the wisdom to recognise that no sizeable section of the ‘realm’ should be allowed left to its own sullenness. Even today, we are in ‘dialogue’ with the Nagas.

The tempting notion that somehow Central rule and a new Centrally-controlled arrangement would deliver ‘good governance’ is not all that new. We have had longish spells of Delhi-administered rule, harsh, unaccommodating and ruthless; yet, again, we have had to fall back on the ‘democratic’ partners in Srinagar.

Also read: What Does the Article 370 Decision Mean For J&K’s Already Troubled Ties With Water?

The Modi government, wallowing in its self-justifying righteousness, believes that it will be able to provide the last mile connectivity and deliver good governance. There is nothing new in this thinking. It is like the post 9/11 policy illusion, when the neo-cons in Washington insisted that all that was needed was “getting rid of the old regimes” in Iraq; there remains an arrogance that a well-meaning government at the Centre can roll back a region’s cultural sensitivities and political sentiments.

And then, we have a dangerous assumption that somehow the armed forces, the paramilitary forces and the police remain uncontaminated when they are asked to do a job that essentially belongs to the politician and the administrator. To make matters more complicated, for now we have clubbed all shades of pro-India voices into one pigeon-hole.

The abrogation of Articles 370 and 35A will produce its own convulsions in that part of the country; but, what should be a matter of grave concern is the new  celebration of a tough government, a hard state. There is a new fascination with the ‘danda’; what is being suggested is that in the end, the truncheon yields a “democratic dividend of violence”. The claque was already at work, serenading Modi for his “killer instinct”, and now he has been elevated to the status of super-wise, super-patriot and super-nationalist.

This preoccupation with danda–based solutions ends up strengthening the centralisation of security arrangements. A certain centralisation of politics has been going on apace; this in turn puts a premium on strong leadership, just a step away from authoritarian temptation.