Why Isn't Narendra Modi Talking About the 'Gujarat Model' Anymore?

The prime minister, who now spends several days a week campaigning in Gujarat, is reduced to blaming the Congress party, who he says did not allow development. 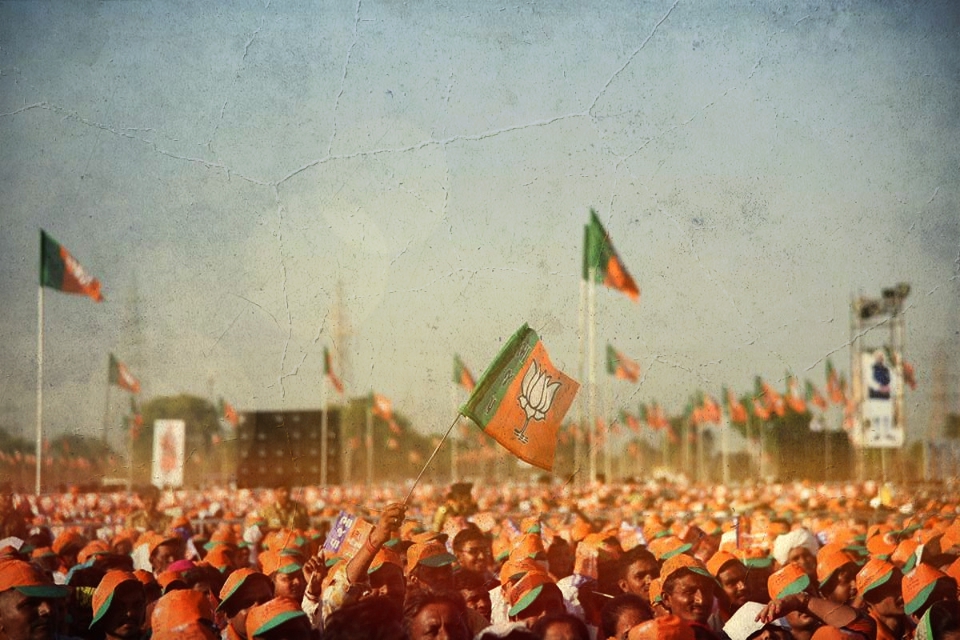 Narendra Modi, as three-time Gujarat chief minister, won the Bharatiya Janata Party an absolute majority in the Lok Sabha on the basis of his “vikas” (development) track record and the mega publicised “Gujarat model”. Isn’t it perplexing, then, that Modi, who by no means can be described as modest, is not fighting the Gujarat elections on that same record?

The BJP has been in power in Gujarat for an unbroken 22 years and in the Centre for three and a half years. But for some reason, Modi, who now spends five days a week campaigning in Gujarat, is reduced to blaming the Congress party, who he says did not allow development. How exactly a party not in government stopped the Modi development juggernaut is a puzzle. Instead of proudly running on his track record and boasting of what he has achieved for both Gujarat and India, Modi now makes personal attacks on the Gandhi family, saying that they always had a problem with Gujarat and Gujaratis – the old Modi Gujarat “asmita” (pride) being put in to play.

Modi, in a rally in Gujarat, even said that “Nehru was terrified of the BJP”. Bizarre, considering that Nehru died on May 27, 1964, while the BJP came into existence on April 6, 1980.

The Gujarat election has become a true litmus test for Modi and Amit Shah’s political model. And Modi’s desperation to retain his fiefdom and home state is palpable. On Sunday, Modi laid the foundation stone for a flyover in Vadodara. As a senior BJP leader said, “What will the mayor of the city do now? Prime ministers normally inaugurate nuclear power stations, yet Modiji is even hogging minor city projects”. 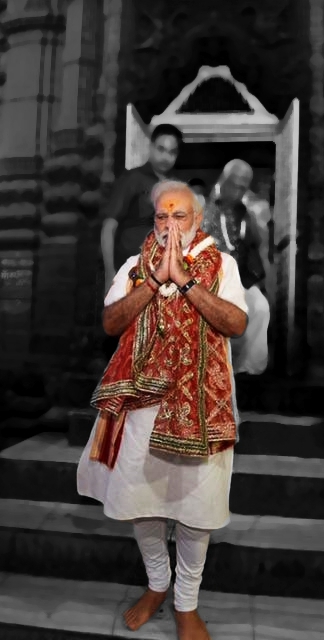 Since the BJP has come to power, Shah has fought every election using Modi’s face. Modi is both the message and the only messenger. Even the Delhi municipal elections were fought on Modi’s name. But inexplicably in Gujarat, Shah has brought in Adityanath, Sushma Swaraj, Smriti Irani and Shivraj Singh Chauhan as star pracharaks and campaigners. This must be a rare event for Swaraj and Chauhan. But the bigger question is, why are they being pressed into service?

Has the Modi magic begun to wane in Gujarat? Is the political climate changing after the nearly presidential sway that Modi exerted on the country? Consider the fact that the Surat traders took out a mammoth rally against the GST, chanting “Hamari bhool, kamal ka phool (We made a mistake by voting for the BJP)”. Immediately, finance minister Arun Jaitley had a Gujarat-specific GST press conference where the rates on khakra, namkeen and man-made yarn were brought down to 5%. Sources say this was done after an angry Shah asked Modi to intervene following ground reports from Gujarat.

This was not enough. Yesterday, revenue secretary Hasmukh Adhia, a Gujarat cadre IAS official who is particularly close to Modi, was quoted by PTI as saying that “GST rates need complete overhauling”. This was flashed as breaking news on all channels, including Gujarati news channels. Adhia later clarified that he had been misquoted, he only meant some slabs needed change. The GST, which was brought in four months ago in a dramatic midnight joint session of the two houses and extolled as a “good and simple” tax, was now being disowned. Adhia’s comments were a direct snub to the vocal Jaitley, who now seems to be left holding the complicated GST basket of taxes.

Jaitley may also be the designated fall guy for the damage the twin blows of demonetisation and GST have done to economic growth.

The delay in the announcement of the date of the Gujarat elections by the Election Commission and the unconvincing reasons given by them are also painting a picture of Modi’s nerviness. Till the dates are announced and the model code of conduct comes into play, Modi is making near thrice weekly trips to Gujarat with some new goodies being announced almost each time. The EC’s actions have raised questions about its institutional credibility as an independent constitutional body. Former chief election commissioner S.Y. Quraishi has publicly questioned the delay and even said that the prime minister should not announce new schemes. An exposé in The Wire on chief election commissioner A.K. Joti not vacating his Ahmedabad bungalow for a year has also raised eyebrows.

Says a senior BJP leader who is now part of the margdarshak mandal, “Modi has never met an institution he has not wanted to destroy. It is the same with the EC, the investigative agencies and the BJP, which has been turned in to a special purpose vehicle to serve the ends of two men from a democratic, cadre-based party”. The leader added, “After the story on Amit Shah’s son Jay Shah, the way they reacted to it was trying to break a butterfly on a wheel. After all, Nitin Gadkari was removed post the Purti scandal; why are the same standards not applied to Shah? They have destroyed the BJP, no one can even dare ask a question.” Rahul Gandhi, the Congress vice president, has for the first time ever found traction when he raises the “Shah-zada” affair in Gujarat rallies.

While the BJP is still the favourite to win the Gujarat elections, Shah had boastfully set the target of mission 150 as a thanksgiving to Modi. Anything less will certainly dent both Shah and Modi’s political capital.

Gujarat will be the bellwether but the winds of change are certainly blowing. Consider how campus after campus is rejecting the BJP’s politics. The Akhil Bharatiya Vidyarthi Parishad (ABVP), the students’ wing of the RSS, has lost university elections in Delhi, Allahabad and Hyderabad after Irani, during her disastrous tenure as human resource development minister, made her ministry an outreach group of the ABVP. Irani’s insensitive handling of Dalit scholar Rohit Vemula’s suicide and her economy with the truth during her speech to parliament where she offered Dalit leader Mayawati her head in a most dramatic fashion, coupled with dubbing the entirety of JNU “anti-national”, ensured the subsequent campus ousters for the ABVP. The BJP and ABVP’s silence on (and even support for) vigilantism on diet schemes like anti-Romeo squads and the bogey of “love jihad” has not gone down well with students.

The change is also indicated in how three young Gujaratis – Patidar leader, Hardik Patel, Dalit leader Jignesh Mewani and OBC leader Alpesh Thakor – have teamed up with the Congress. Patel’s charge that the BJP allegedly tried to bribe one of his aides with Rs 1 crore is a sign of palpable desperation. Thakor will now contest the Gujarat elections on a Congress ticket and will merge his outfit with the Congress. The three leaders had earlier formed independent outfits and treated the Congress under Shanker Sinh Vaghela as a liability. With Vaghela’s exit, the three are now in alliance with the Congress and giving Shah the jitters.

The way the BJP and its top leadership is attacking Gandhi, who seems to have found new traction at least on social media, is also a sign of nerves. Irani, after dismissing Gandhi as a “failed dynast”, is now taking obsessive pot shots at him on a daily basis. That Gandhi has not even bothered to engage with her is a huge sore spot. The BJP even tried to do a failed hit job via a friendly wire service on how bots were being used to give Gandhi traction on Twitter. The story fell flat, much like the BJP’s performance on social media, which it once dominated. The BJP is flush with funds and has an unlimited budget for social media – Modi’s personal obsession – yet even on this platform, the party’s aggressive, abusive style is not finding new takers. Modi and Shah have tapped into a pre-existing anti-intellectual violent streak of the Sangh, but it is not now paying diminishing dividends.

The more BJP leaders like Sangeet Som call the Taj Mahal a blot, the more the voter who voted for vikas and “achhe din” is put off. “If India could see off Indira Gandhi, Modi is but an aberration. We get disenchanted with leaders who don’t believe in democracy,” says the leader of the mandal. Clearly, the voter will have the last word, but an opposition, however ramshackle, is finally visible, which is essential for democracy.