The prime minister has arrived at a familiar crossroad when a ‘strong’ leader begins finding democracy a somewhat tiresome, cumbersome millstone. 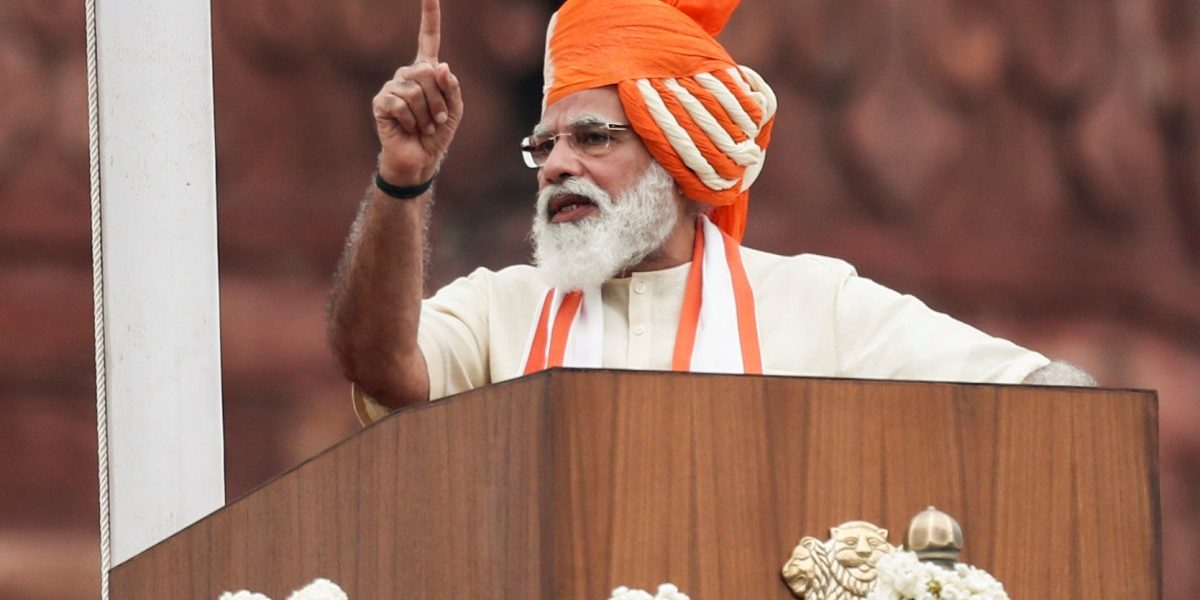 Undoubtedly, the prime minister’s admirers can be counted in millions and millions while his detractors probably do not tote up to more a few lakhs. But both the admirers and detractors readily agree on one point: with the possible exception of Zulfiqar Ali Bhutto, Narendra Modi is the greatest demagogue that South Asia has produced since 1947.

Jawaharlal Nehru was an effective communicator for his times, more a persuader than a mesmeriser; in her later years, Indira Gandhi did acquire workable skills as a public speaker but she never moved the masses; Atal Bihari Vajpayee was a powerful orator but he could only enthuse his base; whereas Narendra Modi has a demonstrable gift not only for enticing the unattached into his tent but also keeping his bhakts into a state of delirious bliss.

Indeed, it can be easily conceded that some time in 2014, Narendra Modi captured the commanding heights of the Indian narrative and has remained entrenched there, come rain or shine.

So dominant has been Modi’s sway over the rhetorical battlefield that no opposition figure has managed to disrupt whatever message the prime minister has chosen to dish out. Rather, we can lament the fact that the opposition camp has miserably failed to mount any challenge to Modi in this contest over the national imagination.

We know, for example, that Rahul Gandhi cuts a sorry figure as a public speaker in his occasional forays into political arena; his sister, Priyanka, has become a tweet-junkie, with no serious political persona; and no other Congress leader is permitted to use the podium. Mamata ‘Didi’ is confined to West Bengal; there is no one from the Hindi heartland who can unsettle the prime minister’s infectious rhythm.

Given all this rhetorical dominance it is thus most unnatural – and most curious – that the prime minister should have taken to complaining publicly that the farmers are being misguided by opposition parties. This is, and should be, a matter of considerable disquiet in the ruling clique.

Also read: Pray, What Is This ‘Reform’ That the Rightwing Peddles?

That the farmers mockingly resorted to clanging thalis when the Prime Minister inflicted one more ‘Mann ki Baat‘ on the national audience last Sunday ought to make the ruling clique whether his demagoguery is losing its bite. Not only have the farmers remained unmoved despite the PM’s repeated sales-pitches in defence of the three contested farm laws, they have more than held their own against Modi in the battle of public opinion.

It is utterly laughable for Union agriculture minister Narendra Singh Tomar to claim that the BJP has earned a mandate to push for these farm laws just because “agriculture reforms” were mentioned in very fine print in the party’s election manifesto. The 2019 Lok Sabha elections were all about Balakot, Pakistan, jingoism and anti-Muslim animus. Make no mistake about it. And, in any case, an electoral victory does not get give the winner a licence to ride roughshod over critics and contrarian voices; it does not absolve the ‘ruler’ from the obligation to be reasonable, just, open, accountable and answerable. 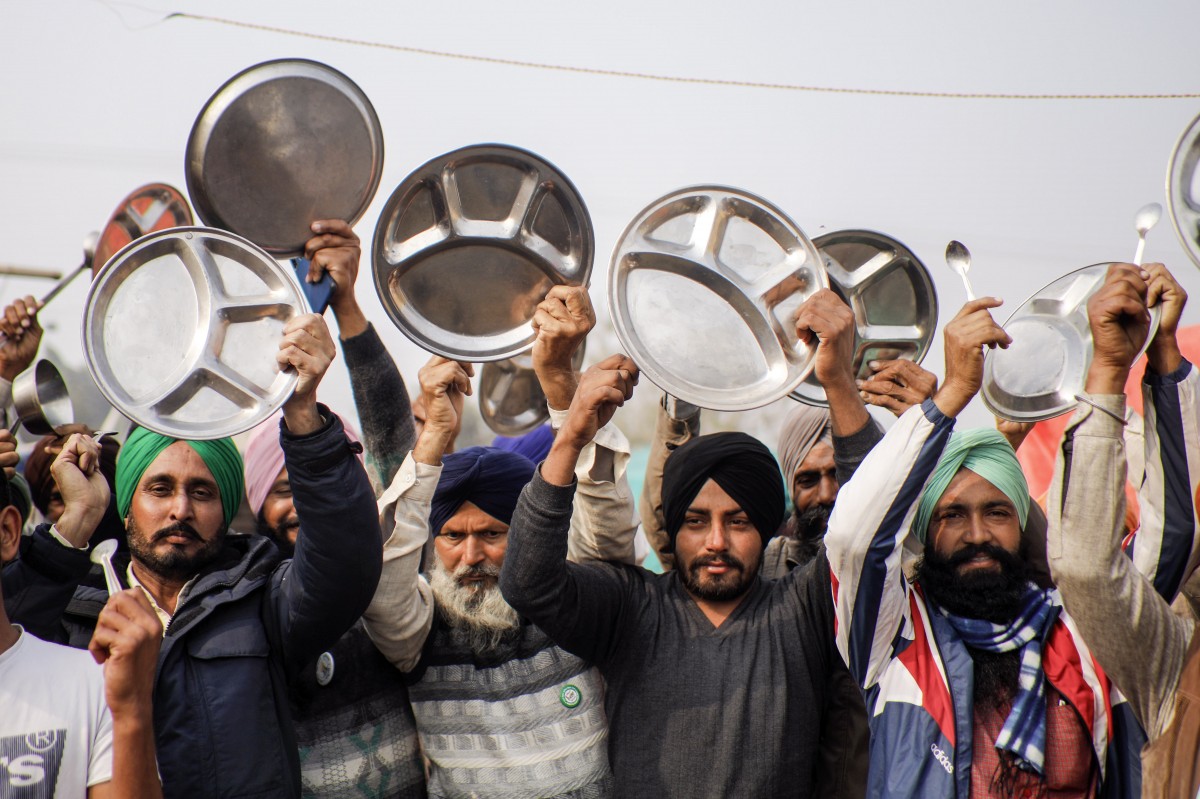 Till this day, none of the Central ministers nor any of the cosseted economists nor any other hired tongue has explained the reason and rationale for passing these agriculture bills on a Sunday in violation of every single parliamentary procedure and protocol. Such tearing hurry! If Atal Bihari Vajpayee had been around, he would have meaningfully intoned: daal me kuch kala hai.

What should also be a cause for worry for the Modi establishment is that its time-tested dirty techniques have not worked so far. All its attempts to paint the protesting farmers in separatist and communal colours have only invited derision and ridicule. The great Modi demagogic rath yatra has been made to slow down.

This resistance was historically inevitable. In a democracy, there is no evidence that the demagogues actually persuade more than a handful, a minority. But all demagogues persist because they armour-plate themselves with a righteous self-belief. Sooner than later, they find themselves having to marshal the state’s coercive powers in support of their demagogic zeal and delusions.

The textbook demagogue manufactures support for himself, first, in the streets (those who oppose or disagree are brutally dealt with by the regime’s thugs and/or the uniformed militia); second, the judiciary is used to outlaw any opposition to the demagogue’s laws and policies; third, endorsement of parliament is flaunted as a licence to seek unquestioning compliance with the law; and, then, the propaganda resources of the state are deployed to demonise opponents and de-legitimise dissent.

Like all demagogues, Modi too has come to a cross-road. More so because his regime labours under a self-inflicted handicap; it is in thrall of its own self-created image of “decisiveness”. It was a useful electoral gimmick against an often divided and perennially indecisive UPA, but it is not able to recognise that after seven years in the saddle this infatuation with decisiveness has become a definite enemy of good governance, even plain common political sense.

Now the Modi legions are not letting the government yield even one inch. Those bewitched by the Modi demagoguery want to be reinforced in their belief that this is a strong government and that it will not roll back any decision.

Besides these besotted ‘admirers’, a new technocratic elite – greased with bureaucratic ambitions and corporate greed – has hitched its wagon to Modi’s authoritarian project. This elite has anti-democratic impulses and is not afraid to flaunt it. The much cherished “wisdom of the crowds” is no longer the preferred cliche. “Please do not politicise this; please do not play politics over this” is their new mantra, just as they arrogate to themselves a licence to make life and death decisions for the masses. In turn, the leader is happy to whip up the demagogic whirlwinds in pursuit of ‘vikas’.

This new elite has charmed its way into Modi’s imagination. They have tickled his assiduously cultivated vanity as a decisive leader who alone is supremely gifted to take the ‘correct’ decision.

Trapped on one side by this technocratic elite, cheered on by the corporate tycoons and their cheerleaders in the media and egged on by the ruling political establishment, the Prime Minister has arrived at a familiar crossroad when a ‘strong’ leader begins finding democracy a somewhat tiresome, cumbersome millstone.

By design, democracy requires dialogue, conversation and compromise. This is anathema to a political personality now soaked completely in megalomania. Of late there is an edge in his tone as he resents being lectured by “some people in Delhi” on democracy. The farmers’ agitation might just push him over the edge.