While one side of the cult was shaped around development, the other side was a narrative on aggressive nationalism, encompassing a range of issues. Whenever the development narrative appeared weak, the cult did not face any setback as the latter side was powerful enough to absorb any shock. 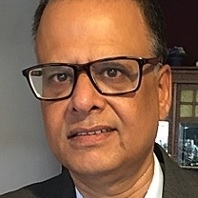 The great Indian electoral war of 2019 ended with Narendra Modi securing a historic mandate to rule India for another five years. The divided opposition should not have expected anything better as it had no national narrative, no credible agenda and no alternative leadership to contain a colossal opponent like Modi.

It is ironic that in a parliamentary democracy like India, people have voted for the ‘leader’ Narendra Modi, rather than members of parliament. No doubt, BJP president Amit Shah’s shrewd strategy played a stellar role in this victory. Yet he still has a hyphenated identity – the ‘master strategist’ has value as the ‘Modi-Shah combine’, i.e. as an appendage to Modi rather than as an autonomous entity or propellant.

Further, the entire campaign was only about NaMo – both on and off the ground. The BJP sought votes only in the name of Modi, even in social media campaigns like “nri4 Namo” to “academics4 namo”. Thus, in a real sense, people have voted neither for their representatives, nor even for the BJP, but only for Narendra Modi.

What made matters even more difficult for the opposition is that  the 2019 election was not only substantially presidential, but also significantly cultic. The Modi cult overshadowed every other political leader and political party, from his own to the opposition. It has also dominated every constitutional and democratic institution due to his sheer political weight. And now with resounding popular approval, this cult has been legitimised as all powerful.

BJP supporters celebrate the party’s lead during the counting of votes for Lok Sabha elections 2019, at BJP office in Thane, on May 23, 2019. Credit: PTI

Anatomy of the Modi cult

The Modi cult – ‘Moditva’ – which sprouted in Gujarat, harping on Hindutva and ‘Gujarati Asmita’, came out of its regional cocoon in 2014 and was launched with fanfare in Varanasi, with the chanting of ‘Har Har Modi’. Later, systematically crafting an enigmatic persona, with astute use of the media, it slowly acquired a large national following.

Using modern technologies of communication and governance, Prime Minister Modi reached out to a large national constituency, primarily Hindu, cutting across region, class, caste, and even gender. While he came to power with a narrative of development targeting the burgeoning aspirational class, particularly the youth, he introduced – after occupying the prime minister’s office – a plethora of development schemes promising to bring changes in the lives of marginalised sections, the middle class, rural women and the urban poor. True, his economic misadventures like demonetisation had disastrous effects on the nation’s economy and on people’s lives. Yet, he could overcome the negative economic fall-out politically, as many did not doubt his intention.

While one side of the cult was shaped around development, the other side was a narrative on aggressive nationalism, encompassing a range of issues: Hindutva, sovereignty, national security, terrorism, Pakistan, Kashmir, secularism, ‘appeasement’, ‘tukde-tukde gang’ and now, the latest, ‘Khan Market gang’. Whenever the development narrative appeared weak for some reason, the cult did not face any setback as the latter side was too powerful to absorb any shock.

The cult and the parivar

The Modi cult, it needs to be acknowledged, could flourish only with the blessings of the RSS. Though personality cult is anathema to the Sangh ideology, it became a partner in the cult-making process. It understood that the rise of the Modi cult would simultaneously help Hindutva hegemony across the nation by bringing in diverse social groups to the Sangh’s fold quicker. After all, Modi, a trained Sangh pracharak, has been a Hindutva icon. His being at the helm will only promote the Sangh ideology and agenda.

Moreover, the RSS felt it could always control things as Modi would always depend on the the Sangh machinery for his survival. A perfect mutual understanding developed between the two. Thus, by and large, Modi’s discourses reflected the core tenets of the Sangh ideology, and his governance ran in consonance with the Sangh agenda. Undoubtedly, the Sangh Parivar has expanded phenomenally during the Modi regime. With this convergence, the Sangh-Modi partnership flourished. The Sangh machinery did all strategic planning for the BJP’s electoral victory from 2014 onwards. Modi’s winning spree in state elections for a ‘Congress mukt Bharat’ were achieved under the direct supervision of Sangh stalwarts – from Uttar Pradesh to Tripura. It had even laid out a well-thought Bengal strategy for 2019 more than five years ago. Thus, Modi’s energy, Amit Shah’s strategy and Sangh’s synergy created a formidable combination to elevate the NaMo cult to new heights in 2019. 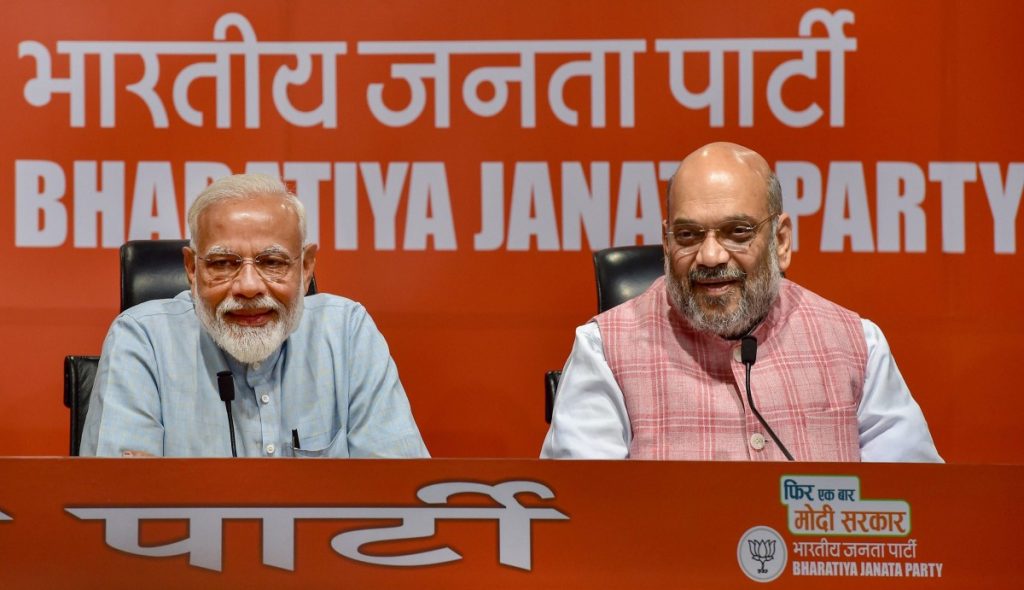 The campaign and the outcome

In this backdrop, the issues in the 2019 campaign need to be dissected. With a clear political and ideological objective, and overwhelming support from the Indian media, Modi launched his campaign as the only national leader with a vision, resolve and track record.

In contrast, the opposition lacked a narrative and looked completely confused, purposeless, sectarian and divided. The mahagathbandhan was a move to contain Modi in UP on the basis of sheer caste arithmetic with no programmatic alternative. The SP-BSP leadership failed to understand that the Modi regime had already dented their old social base in a big way and that the electorate did not approve of such cynical politics driven by arrogance and ambition.

Another key regional player, Mamata Banerjee, underestimated the inroads Hindutva made and the appeal of the BJP’s accusations that she was practicising the ‘politics of appeasement’. She put up a stiff resistance to Hindutva and West Bengal became a bloody battle ground; besides, the verbal war between Modi and Mamata crossed all civility.

The Congress, under Rahul Gandhi’s leadership, tried to build a bold narrative to counter Modi. He tried to pin down Modi on the Rafale deal, rising unemployment, farmers’ distress and autonomy of institutions. This failed miserably as the moribund party organisation, factionalism, and a trying leadership were no match to Modi and the BJP.

There were several reasons for this. Firstly, for common people, Modi was seen as beyond corruption. Rahul’s ‘Chowkidar Chor Hai’ narrative, after initial ripples, did not click. Moreover, Modi’s retort was to attack the Congress on all fronts for its past “misrule and misdeeds”: from dynastic rule to corruption and Bofors. Never before has an Indian election seen such a polarised, shrill, aggressive and ruthless campaign. While the prime minister did not mind lowering his dignity – being indiscreet and personal in his attacks – the otherwise civil Rahul Gandhi repeatedly called Modi a thief. Sadly, every norm and value antithetical to democracy was trampled in each side’s pursuit of victory.

Secondly, on the economic front, the electorate still believed in Modi. No doubt, Modi did not have a credible track record on the economy. Yet his government had some significant achievements: on the infrastructure front, Nitin Gadkari gave a tangible and visible push. Besides, it was seen as attempting to extend delivery mechanisms to the poor – from gas cylinders to electricity, from toilets to houses. While Rahul’s promise of minimum income guarantee through ‘NYAY’ could only be realised in the distant future, if at all, Modi’s freebies had already reached farmers’ kitties and poor upper caste youth had already started celebrating the 10% quota he announced. Obviously, a large number of beneficiaries across class, caste and region became staunch Modi loyalists.

Modi is an incredible political campaigner. Though he acts to a script, he can shift with precision the nature of discourse anytime if he anticipates adversity and a swing in public mood. Of course, he utilised the Pulwama terror attack to push his failings on the economic front into the background. His response to Pulwama – the Balakot airstrike – changed the entire discourse, making everything else less relevant for many. Nationalism became the mantra and the NaMo cult became unrivaled in many states. Modi’s campaign on aggressive nationalism, national security, and anti-terrorism greatly convinced a large part of the electorate that only a strong leader like Modi could defend India’s national interest. This became evident in Modi’s clean sweep in the Congress-ruled Rajasthan. Similarly, when Rahul’s chowkidar campaign was gaining momentum, Modi deflated it by starting the ‘Main Bhi Chowkidar’ counter campaign. 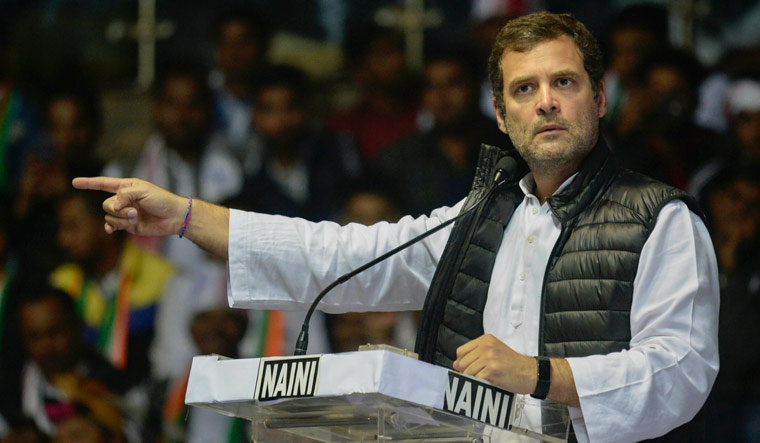 Despite his cultic status, Modi did not take the people for granted, and worked hard to earn this huge win. He emerged as the only national leader as others leaders look markedly provincial. The Congress has again failed to secure the requisite number seats needed to claim the status of Opposition in parliament. Similarly, the BJP also emerged as the only party with an extensive national outreach; the Congress again failed to open its account in more than half of the states. With such a scenario, all powers will obviously be concentrated with Narendra Modi. As critics have warned, this win is a death bell for Indian democracy. India, which is already divided, will be divided further. Modi will promote majoritarianism and undermine the constitution and all institutions which are meant to serve as checks and balances on the exercise of executive authority.

Modi acknowledges that this historic win bestows on him a great responsibility. As an astute politician, after victory, he has extended an olive branch to his opponents, signalling a forget and forgive message for the ugly campaign attacks and has asked his followers to accept this victory with all humility. He also knows his exalted status will be quickly compromised by the pursuit of a divisive agenda. To the 2014 slogan of ‘Sab ka Saath, Sab ka Vikas’, he has added ‘Sab ka vishwas’. Perhaps he understands that nationalism and divisiveness will not guarantee another victory if he fails to win the trust of the people by meeting their aspirations this time around.

Pralay Kanungo is professor at the Centre for Political Studies, School of Social Sciences, JNU.