While everyone hailed it as an achievement, there was not as much agreement on who the credit should go to. 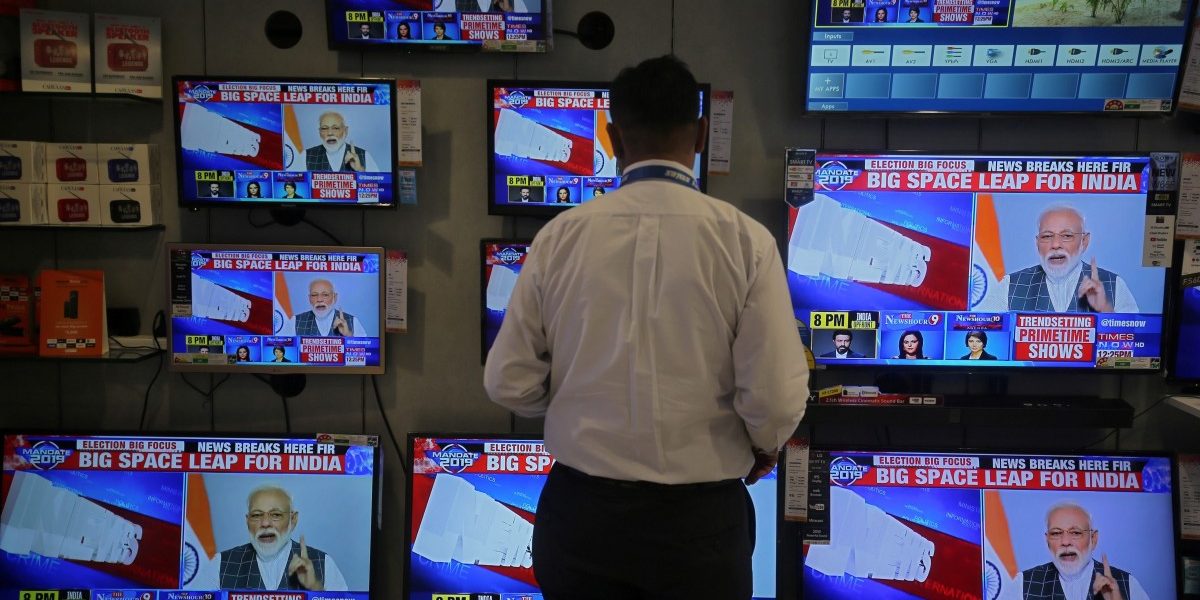 New Delhi: Prime Minister Narendra Modi’s televised announcement that India had carried out an anti-satellite test and shot down a low orbit satellite saw mixed reactions from across the political spectrum. While everyone hailed it as an achievement, there was not as much agreement on who the credit should go to.

While Modi’s speech projected his government as one that was making India “secure” with such “futuristic projects”, the Congress claimed that today’s events stemmed from the anti-satellite programme that was launched during the Manmohan Singh government.

After the announcement, a number of BJP leaders and ministers congratulated the Modi government and the Defence Research and Development Organisation (DRDO).

Congratulations to @DRDO_India & @isro scientists on the success of ‘Mission Shakti’. The success of this mission will help in strengthening India’s defence capabilities. We are proud that our Space & Defence prog has touched unprecedented heights with this glorious achievement.

Several other leaders made much more direct references to the Modi government’s involvement.

The successful execution of #MissionShakti is a proud, powerful, historical moment for us.

Under the visionary leadership of PM @narendramodi ji, today we have become a formidable space power with proven Anti-Satellite Missile capability

Many congrats @DRDO_India & all Indians!

The vision of our PM @narendramodi ji is translated to reality by @DRDO_India and our scientists with the successful launch #MissionShakti. This is a proud moment of every Indian as our nation embark on a new era of space research and technology!

Nitin Gadkari: Congratulations to all the scientists for carrying out “Mission Shakti” successfully. India is moving fast towards becoming a world leader, & under PM Modi’s leadership, it is on its way to not only become a ‘super economic power’, but also a ‘super science power’. pic.twitter.com/EdgVyl80i3

Congress leaders, however, said that will India should be proud of the DRDO’s achievement, the Modi government should not be getting the credit. They pinned the success on a programme launched under Manmohan Singh.

I congratulate our space scientists & the visionary leadership of Dr Manmohan Singhhttps://t.co/pJHBVGo5GA

Congratulations to @DRDO_India for the success of #MissionShakti, building blocks of which were laid during UPA-Cong Govt in 2012.

India has been at forefront of space technology owing to vision of Pandit Nehru & Vikram Sarabhai.

Congress president Rahul Gandhi made a jibe at the prime minister while congratulating the DRDO.

I would also like to wish the PM a very happy World Theatre Day.

Perhaps supporting their view, several observers pointed out that the DRDO chief had said back in 2012 that the agency was willing show its anti-satellite capabilities if the government gave its nod.

Samajwadi party chief Akhilesh Yadav too said that while Modi was using the achievement for “free TV” time that would distract from the real issues, the credit for Mission Shakti should lie entirely with the DRDO and ISRO.

Today @narendramodi got himself an hour of free TV & divert nation’s attention away from issues on ground — #Unemployment #RuralCrisis & #WomensSecurity — by pointing at the sky.

Congratulations @drdo_india & @isro — this success belongs to you. Thank you for making India safer.

Advocate Prashant Bhushan too agreed, saying the DRDO and ISRO had been working on the programme for years, and Modi should not take the credit.

As we waited with baited breath for Modi’s grand announcement on National TV & Radio on the eve of elections, Modi chose to announce DRDO & ISRO’s decades old work on an anti satellite weapon as his new ‘surgical strike’! Clearly it will now provide 10Cr jobs to our people! https://t.co/tqLiYdOMhV