"Don't worry for Nandigram, for a struggle you have to sacrifice something," Mamata Banerjee had earlier said.

The Wire Staff
Government
Politics
02/May/2021

Kolkata: Nandigram in East Medinipur of Bengal played up to its role as the epicentre of the state’s assembly election, as confusion reigned late on Sunday over who had won the seat.

The high-octane and often communal campaigning in Nandigram had seen chief minister and TMC supremo Mamata Banerjee make the unusual choice of switching from her Bhowanipore mainstay to take on her former aide and new BJP entrant Suvendu Adhikari.

At 4.25 pm, the news agency ANI tweeted that Banerjee had won the seat. However, with no word from the Election Commission, it emerged later that what was turning out to be a neck and neck battle, was currently seeing Banerjee lose by around 9,000 votes.

At around 6.15 pm, the Election Commission’s official count showed the following picture: 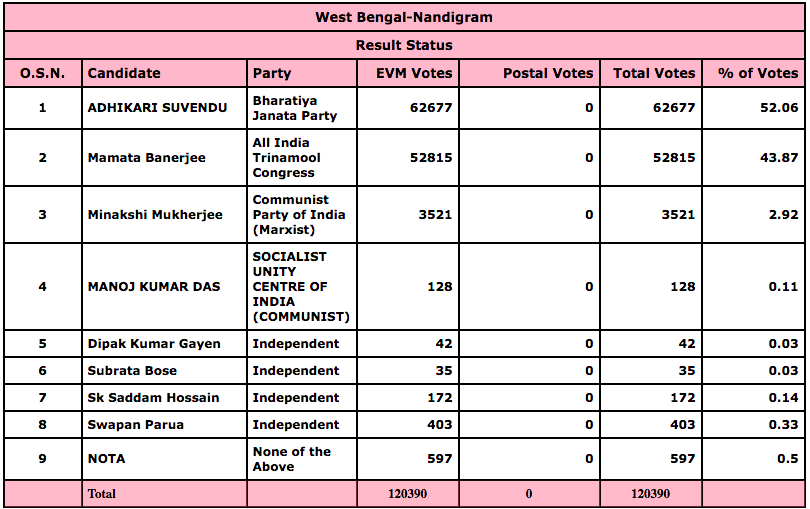 “Don’t worry for Nandigram, for a struggle you have to sacrifice something. I struggled for Nandigram because I fought a movement. It’s okay. Let the Nandigram people give me whatever verdict they want, I accept that,” she was reported as having said.

Adhikari reportedly informed the Bengali daily Anandabazar Patrika that he has won the Nandigram election.

Meanwhile, her party TMC, tweeted that counting in Nandigram was in progress and urged people not to speculate.

The Bengali daily Anandabazar Patrika has reported that the Election Commission has decided to keep off the announcement on the results in Nandigram, not ruling out a complete recount.

“The decision will be taken by the Returning Officer,” Chief Electoral Officer Aariz Aftab said.

However, counting appears to have gone ahead since the confusion raged.

As Round 13 of counting progresses, Banerjee appears to have edged slightly past Adhikari with a margin of 1,453 votes. 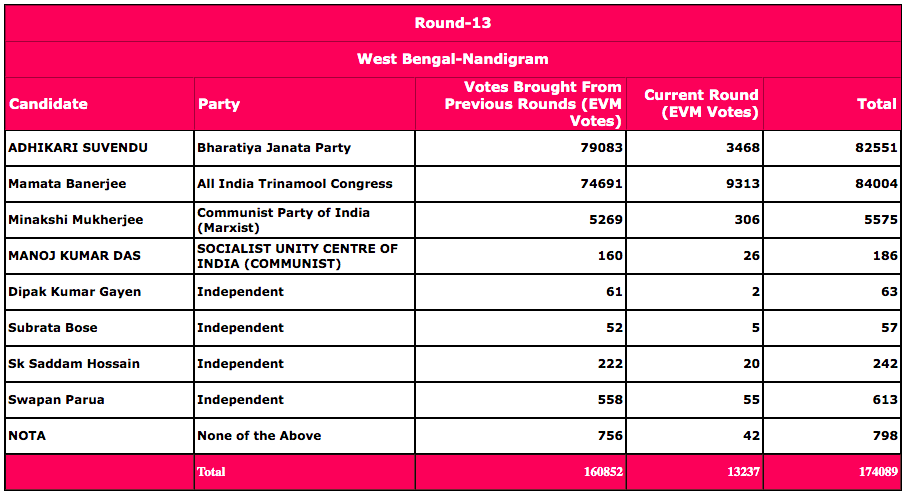 Speaking to Bengali news channel ABP Ananda over telephone Banerjee repeated her polltime claim that BJP had blocked voters in Nandigram and the Election Commission had aided the party in this attempt. She also said that outsiders in the state added to its COVID-19 worries.

At 7.54 pm, Adhikari tweeted what appears to be the Election Commission’s published results at the end of Round 17 of the counting. According to the document Adhikari tweeted, he has edged past Bengal chief minister by 1,736 votes.

My sincere thanks to the great People of Nandigram for their love, trust, blessings, and support, and for choosing me as their representative and the MLA from #Nandigram. It is my never-ending commitment to be of service to them and working for their welfare. I am truly grateful! pic.twitter.com/oQyeYswDa8

However, even at 10.05 pm, EC data showed Mamata Banerjee in the lead. 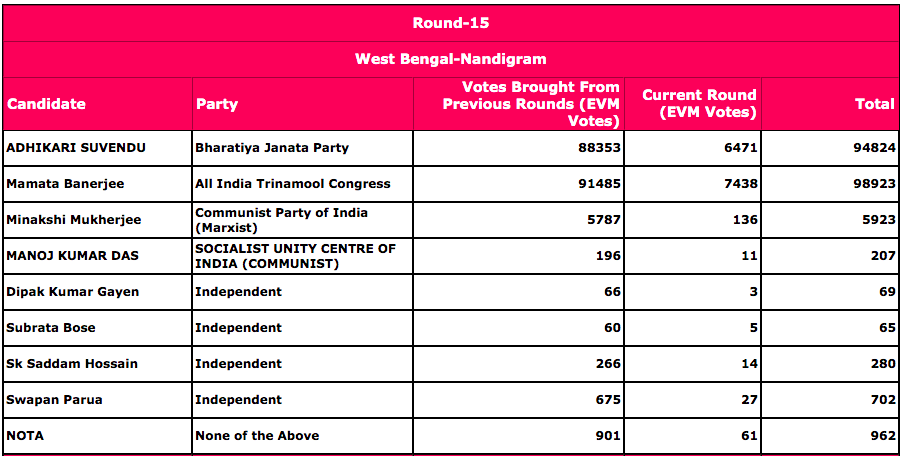 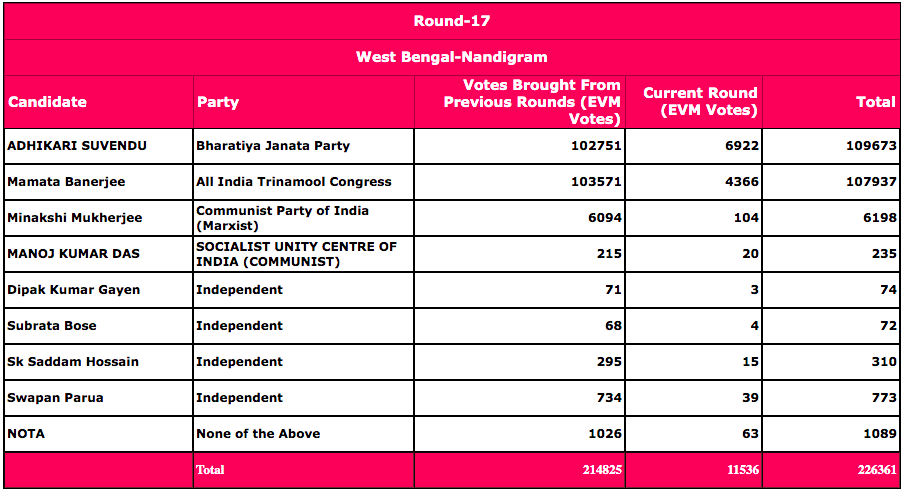