Research by Raheel Dhattiwala and Michael Biggs found there was little or no violence in seats the BJP was bound to lose or win, but in remaining districts where violence was severe, its vote increased substantially.

New Delhi: Call it coincidence or providence, the Gujarat assembly tabled the Nanavati-Mehta Commission report that probed the 2002 anti-Muslim violence at a time when protests against the amended Citizenship Act were underway.

The report has yet again put the spotlight on the deadly violence in which more than 1,000 people, mostly Muslims, were killed by organised mobs within days of the horrific train burning incident in Godhra. The way Muslims were violently targeted over days bears an eerie similarity to how the Modi government has singled out Muslims for exclusion from the contentious Citizenship (Amendment) Act, which a large section of opposition has called “unconstitutional” and “discriminatory”.

The report, running over 2,500 pages, was presented by the Gujarat home minister Pradeepsinh Jadeja five years after it was submitted to the then-Anandiben Patel-led state government.

Headed by retired Justices G.T. Nanavati and A.H. Mehta, the commission absolved the then-chief minister Narendra Modi, his state administration, police and ministers from any direct or indirect involvement in the riots. It also dismissed any conspiracy by the ruling party BJP to foment large-scale riots.

The report nevertheless found evidence that “local members of the VHP (Vishwa Hindu Parishad) and Bajrang Dal took part in the incidents which happened in their localities.” File photo from 2002 of Atal Bihari Vajpayee and Narendra Modi, chief minister of Gujarat at the time. Credit: YouTube

A section of the opposition has taken the report with a pinch of salt. They have questioned its reliability because the commission was formed by Modi himself in February 2002 to inquire into the cause of the Godhra train burning incident and the subsequent violence across the state. Moreover, Modi announced the commission after securing a comprehensive victory in the assembly elections in December 2002. Many believe that the communal riots worked to the advantage of the BJP, which thrived on the politics of religious polarisation.

No ‘clean chit’ obtained like this can wash the stains of a pogrom engineered and supervised from top in Gujarat in those days. “All the perfumes of Arabia will not sweeten this little hand” https://t.co/ZIfo0KPMms

After all, one can recall the infamous speech that Modi, as the newly-elected chief minister, made on March 1, 2003. Justifying the large-scale violence against Muslims, he cited a version of Newton’s third law to say, “What is happening is a chain of action and reaction. What I want is that there should be no action and no reaction.” His government then referred to the violence as mere “disturbances”.

Do communal riots help the BJP?

The political controversy aside, the so-called “clean chit” given to Modi and his ministers has given yet another opportunity to BJP supporters to attack all those who have been documenting the horrors of the violence first-hand, fighting legal battles on behalf of the victims and those who did not rule out state complicity.

Notwithstanding the conclusions of the commission’s report, observers and academics have stated multiple times that projecting Muslims as the “other” pays electoral dividends for a Hindutva nationalist party like the BJP. Such othering may take a violent form – like in the case of the 2002 Gujarat violence – occasionally. If not, it may take a legislative shape like the Citizenship (Amendment) Bill that pushes Muslims further against the wall.

Two researchers, Raheel Dhattiwala and Michael Biggs, in a seminal paper written at the Oxford University in 2012, attempted to do a quantitative analysis of whether the popular notion that the BJP lands an electoral advantage in any post-riot scenario was correct or not. They relied on quantitative analysis as most of the previous analyses were either “culturalist” or “qualitative” cause-based studies.

They chose the 2002 Gujarat violence as their case-study and hoped that correlating incidences of fatalities at various regions of the state with the BJP’s performance in 2002 assembly polls could give them a fair idea about electoral patterns and whether ethnic conflicts in any way shape them.

Here is what they found

Dhattiwala and Biggs found that fatalities and violence against the minority community – in this case Muslims – were the least where the ruling BJP’s chances of winning an assembly seat “were either very poor or very high”.

“The killings took place mostly in places where the BJP had to put up a tough battle. Muslims were most vulnerable where the BJP had about 36% of the vote (in 1998), where the party had a chance to win in the 2002 election, but where victory was far from assured,” says Dhattiwala.

They show that fatalities were low in districts like Bhavnagar, Navsari and Porbandar, where the saffron party already had a stronghold in the 1998 assembly polls. Violence was also low in Adivasi majority districts like the Dangs and Narmada, where the BJP had performed very poorly in the previous elections.

“It was in places like Sabarkantha, Anand and Kheda, where the BJP had about 36% of the total votes in 1998, that most killings took place. This is further endorsed by a finding that suggests violence was less likely in places that had a BJP MLA i.e. on average, the BJP was not targeting their own constituencies,” Dhattiwala says.

More importantly, the study finds evidence to conclude that the violence gave the saffron party a clear advantage.

“For example, the BJP’s vote increased substantially in districts where the violence was severe, like Panchmahals, and declined in districts like Surendranagar, which was peaceful. By implication, the party had the power to prevent as well as inflame violence. There is strong quantitative evidence that violence did in fact yield electoral rewards for the BJP,” the author says.

In his paper, he says that the “BJP’s grip (before the riots) had begun to wane.” It had had to face electoral reverses not only in civic and panchayat polls in early 2000, but also assembly and parliamentary bypolls. It was facing a severe backlash for its poor handling of the massive earthquake in Bhuj.

In the four bypolls for the state assembly, the BJP’s vote fell on an average by 14 percentage points from 1998. Dhattiwala and Biggs went on to refer to the Yale University professor Steven Wilkinson’s postulation that “ethnic riots are best thought of as a solution to the problem of how to change the salience of ethnic issues and identities among the electorate in order to build a winning political coalition”.

The authors argue that their quantitative research testifies this hypothesis as positive in the case of Gujarat assembly elections in 2002.

The authors, however, said that there was no necessary contradiction between the media reports and their research and that a possible explanation would be that the “Sangh parivar’s attempts at Hindutvaisation – branding Muslims as oppressors of SCs and STs – were most likely to succeed when these subordinated groups were too small a minority to forge their own class or clan interests.”

They said that although most rioters remained unidentified, of the 74 Hindus who were convicted of killing Muslims, 53 were Patidars.

Watch | ‘While Gujarat Was Burning, Army Kept Waiting For Vehicles’

They also found that literacy, by which they mean “bare minimum education”, did not “reduce violence and indeed possibly increased it.” Their study found that literacy in the affected regions of Gujarat, in fact, fuelled ethnic prejudice. This, they attribute to the increase in “ethnocentric content of schooling since the BJP came to power in Gujarat in 1995.”

Economic deprivation, they found, increased the risk of greater violence. “The greater the proportion of people who worked for less than six months, and the higher the unemployment rate among young adults, the worse the violence,” the paper says. It adds that in a condition where competition for jobs is more severe, “Hindus are more likely to blame Muslims for their plight”.

“Even if urban middle classes take the lead in planning and coordinating violence, they often depend on a reserve of unemployed and underemployed people to do the actual killing – perpetrators are often paid in money, liquor, or kerosene.” 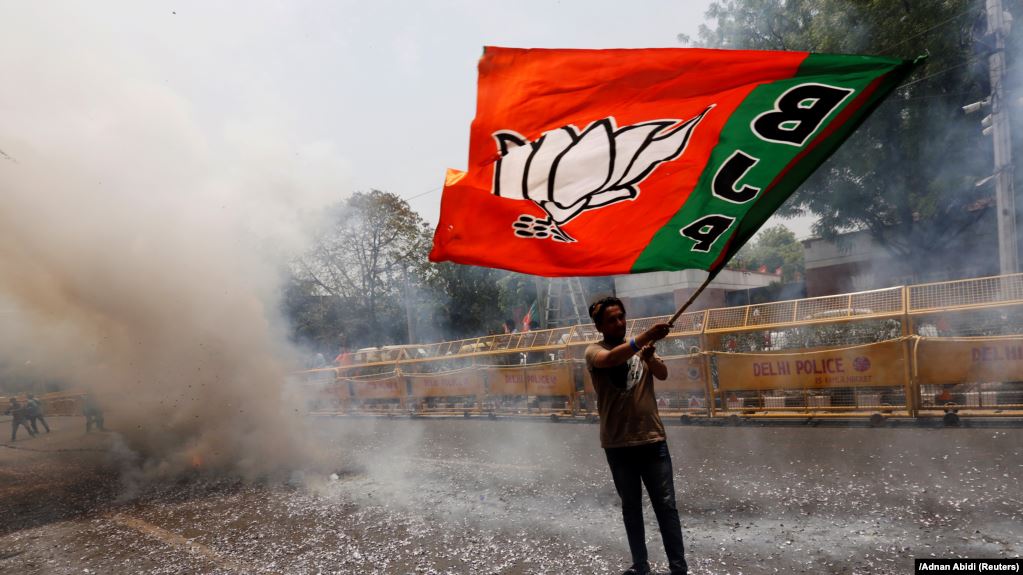 The study further finds that there is strong quantitative evidence to suggest that “ethnic violence did yield electoral rewards for the BJP”. The authors said that the party had the power to prevent or inflame the violence.

Not surprisingly, soon after the riots, Modi dissolved the assembly six months before its term was due to expire and called for an early election in which he secured a comfortable majority.

They further say that if the pattern of police officers who were promoted or demoted after the riots is measured, it emerges that the then state government rewarded those who had allegedly permitted violence and demoted those who repressed it.

“Violence increased with demographic threat, as indicated by the size of Muslim population and the rate of Muslim in-migration…The party (BJP) did not foment violence in places where it had sufficient support to win the forthcoming election,” Dhattiwala and Biggs conclude as they demonstrated that the riots did indeed boost the BJP’s vote in the next elections.

Cut to 2019, one finds that the amended Citizenship Act has spiked the BJP’s electoral hopes. A Rashtriya Swayamsevak Sangh senior functionary recently told PTI that it expects the BJP’s vote bank to grow by 1.5 crore because of the law. For Dhattiwala and Biggs, it would hardly come as a surprise that the Union government pushed the Bill so aggressively despite widespread agitations across the country.