What Will It Take for Muslims to ‘Move On’ from August 5?

Rejecting Modi and the BJP's politics does not mean there can be no engagement with those who are under the influence of their ideology. They can be made to realise it is BJP which is pursuing the politics of confrontation for political gain. 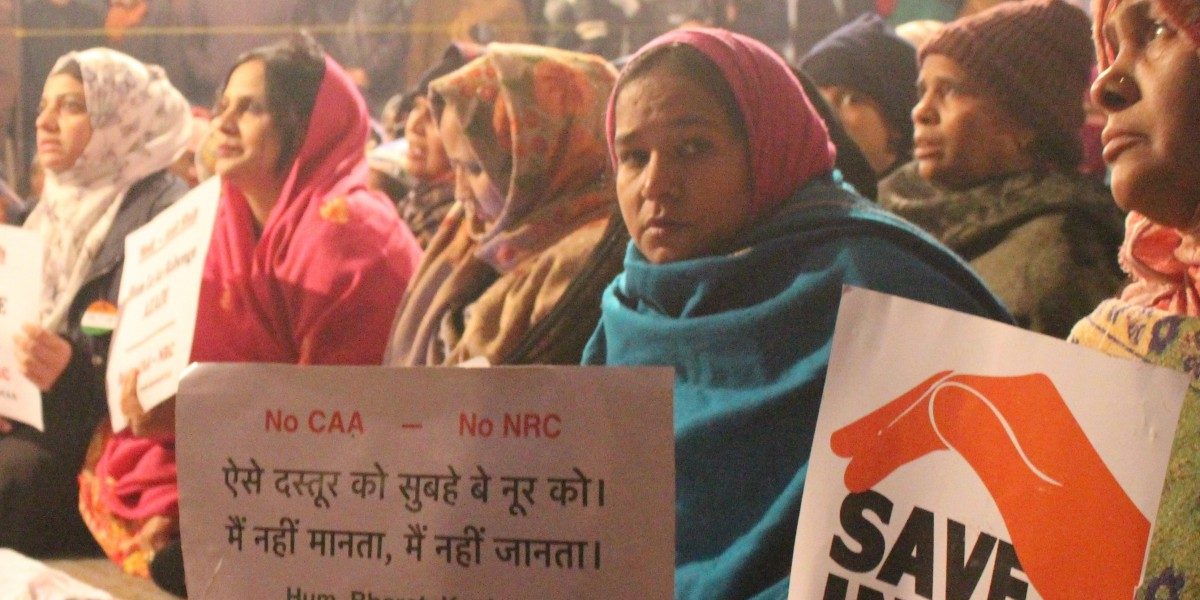 ‘Where do you want me to move on? I am in an abyss,’ said an emotionally charged Asaduddin Owaisi. He was replying to a question by journalist Rajdeep Sardesai on a live TV debate, ‘Shouldn’t the Muslim community ‘move on’ after the Ram Temple?’

To get over any toxic relationship and ‘move on’, one must be able to acknowledge the problem that made it toxic in the first place. ‘Moving on’ also requires one to resolve the original issue and settle it in a way that gets you closure. Can this principle of ‘moving on’ for individuals in the context of personal relationships be applied to people and communities in the political and social arena? Can Indian Muslims move on after the denouement of the Ayodhya dispute, with all the violence and bloodshed it brought? Will the construction of a temple with the Supreme Court’s sanction put an end to their toxic relationship with Hindutva, give Muslims closure and allow them to ‘move on’?

As the dust settled over Ayodhya after the August 5 ground-breaking ceremony, there are two clear realities.

First, what was celebrated on the day was not just the construction of a Hindu temple but the destruction of a mosque – the mosque that stood in its place for 400 years before it was brought down 27 years ago in broad daylight.

Second, the primacy of Hinduism has received official and judicial sanction, something the constitution and freedom struggle never envisaged and had even opposed. This was evident from the Supreme Court’s judgment on Ayodhya – which handed the site to the Hindu litigants (in essence, drawn from the Sangh parivar-led agitation launched in the 1980s) despite acknowledging that the demolition of the mosque was a crime – and then by Narendra Modi himself inaugurating the temple as the prime minister of India.

The demolition of the Babri Masjid was the focal point of a long and sustained campaign by Hindutva organisations. Keen to make their mark in an otherwise arid and unfriendly political landscape, the BJP hitched its fortunes to the promise of building a temple in place of the mosque, supposedly a symbol of shame and slavery. Three and a half decades later, we know the party has broadly succeeded in convincing many that the injustices – real and imagined – of medieval India need to be ‘avenged’ in this manner. The fact that no major opposition leader could gather the courage to oppose the event being held in the middle of a pandemic, or Modi’s participation – as if he is prime minister of only Hindus and not all Indians – shows how powerful the BJP has become and the deep hold its ‘Hindus First’ politics has.

“For those who have devoted their lives to this cause, this day is as significant as the day India gained independence.” Modi said at the ground-breaking ceremony in Ayodhya. “This temple will symbolise the determination and collective resolution of millions of Indians”.

Modi was making a conscious political point in drawing a parallel between the construction of the Ram temple and Indian independence. After him, both the vice president and president of India have echoed the same line. But what exactly is the point they are all making? While India’s national movement for independence did not just free us but transcended the barriers of religion, caste and language to unite us as a nation, the Ram temple is and has always been a Hindutva project that deeply divided India, especially because of the irrationality and violence which it involved. When 21st century India is governed by a modern constitution, we need to ask ourselves why its current leader does not consider the coming of independence in 1947 a unique political marker for himself and the nation, but wants to travel several centuries back to medieval India to find a political reference point.

For Modi and his supporters, August 5 clearly signifies true ‘azadi’. But for those who have been at the receiving end of the Sangh parivar’s ‘movement’, the date symbolises the unfreedom of hatred, violence, humiliation and alienation that this politics has brought them.

In his speech from the Red Fort on August 15, Modi asserted that the temple construction was the product of a ‘peaceful resolution’. The truth is that the Supreme Court’s 2019 decision and the August 5 bhoomipujan would not have been possible but for the violent demolition of the mosque. That incident engendered further violence that quickly took the lives of close to 2,000 people. The vilification and demonisation of Muslims that is now an everyday affair in India is the product of the same politics, as are cow-related lynchings, the removal of Article 370, the enactment of the Citizenship (Amendment) Act, the February 2020  communal violence in Delhi. This is the legacy of the same religious identity politics that took a new and violent turn on December 6, 1992. L.K. Advani once called the demolition of the mosque the “saddest day” of his life but neither he nor any other BJP leader ever showed genuine remorse, let alone sought to find ways to heal the wounds caused by that act.

Modi on August 15 claimed that the temple “will keep inspiring the future generations,” and its construction will serve as “an instrument to unite the country.” But the site of the temple can never be a symbol of peace, unity or harmony because of the political meaning it has been freighted with by its promoters. For them, it is meant to remind Muslims of their true ‘auqat’ or place in India.

The erasure of history and the denial of justice will bring neither peace nor harmony. For India’s Muslims to move on, they need closure. And that closure can only come with justice. The Supreme Court did direct the special CBI court in Lucknow to conclude the trial in the Babri Masjid demolition case by August 31 this year. But there are doubts about the CBI’s commitment to seriously pursue the case. And the fact that the temple is being constructed at the site of the original crime even as the criminals remain unpunished undermines the judicial process and any hope for justice coming out of it.

One of the defining characteristics of Narendra Modi’s rule has been his anti-Muslim politics. His party colleagues have publicly said that they do not need Muslim votes to win elections. The BJP’s 2019 election campaign had a pronounced anti-Muslim narrative. “Hindus were punishing” Rahul Gandhi, as a result of which he has been “forced to search” for a minority-dominated seat, Modi said during the 2019 election campaign, referring to Gandhi contesting from Wayanad (Kerala). While the party also spoke of vikas and the promise of making India a ‘world power’, it knew there is a sizeable section of voters who could be counted upon to support Modi just because he can show Muslims their ‘actual’ place.

What then should Muslims and democratic minded Indians do in the face of this sort of politics? Surely, we cannot tell millions of young Muslim women and men that since the party and leader in power are hostile to them, they should not hope to have a future in India. What then is the way forward?

While Muslims should continue to use every democratic means to struggle for their rights, building alliances with other marginalised sections of the people, they should not make the mistake of assuming the BJP’s voters will be as unreasonable and inflexible as the party-parivar and its leadership.

Indian Muslims have to devise a way to survive and coexist despite a heartless political regime and a mostly unsympathetic administration. Rejecting Modi and the BJP’s politics does not mean there can be no engagement with those who are under the influence of their ideology. The reality is that 200 million Indian Muslims – most of whom are socially, politically and economically marginalised – live and work amongst those who are swayed by the policies and rhetoric of the Sangh. These are not all Muslim hating bigots; most are reasonable people who are victims of propaganda. They can be made to realise it is the BJP which is pursuing the politics of confrontation for political gain, and endangering the country in the process.

Between the extremes of capitulation and a refusal to engage, we need to display a willingness to dialogue and reason with those we disagree with because it is only in this way that the political space can be expanded. Everyone was aware of the political intention and communal agenda behind the CAA. The protests against this discriminatory law were not started in the hope that Modi and Amit Shah would turn into secular leaders overnight but to expand the shrinking democratic space and reclaim the country. Assuming all Hindus or Modi voters are under the influence of the RSS and agree with everything about their ideology would be giving the BJP and the Sangh more power and influence than they actually have.