The BJP MP from West Delhi also said the community keeps its distance from the party because it does not want to be associated with development. 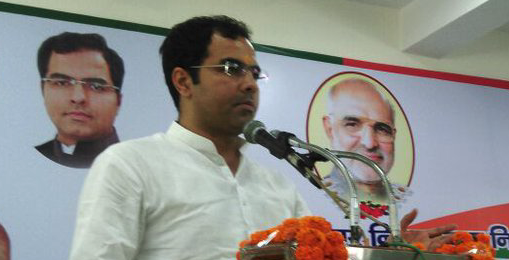 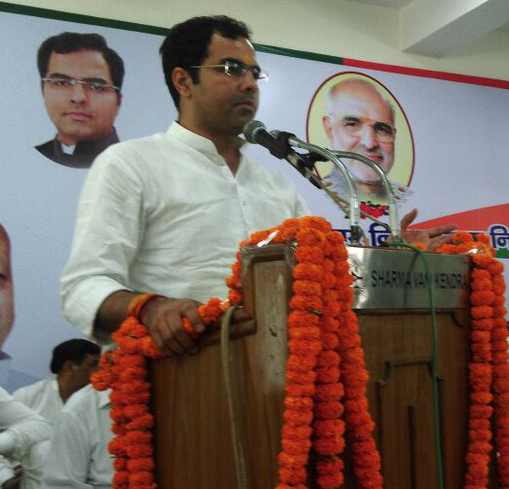 Days after saying Muslims do not vote for the BJP because it is a patriotic party, Parvesh Verma, a BJP MP from West Delhi, has now said the community keeps its distance from the party because it does not want to be associated with development.

According to an Indian Express report, after addressing a rally in Baghpat on Monday, Verma told the media that all political parties view the Muslim community as a vote bank but the BJP does not do so.

He asked the reporters why all terrorists in the country were Muslims and why the community did not vote for the BJP. “Because the BJP is a patriotic party, that’s why Muslims don’t vote for us,” he said.

Verma’s latest comments come three days after he first said the community does not vote for the BJP during a speech he gave in western UP.

Verma – the son of former union minister and ex-Delhi chief minister Sahib Singh Verma, who died in a road accident in 2007 – further said that “no power on Earth” could stop the construction of a Ram temple in Ayodhya, the Times of India reported. “We won’t be bothered about any community and will build the Ram Temple,” he asserted.

He later justified his statements saying, “We don’t have any problem with the Muslim community but they have problems with us. Muslims prefer to stay away from the BJP and choose to vote for every party except for the BJP.”

“Mayawati recently said that if Muslims vote for me then I can form the government. It is clear that all other parties see Muslims as a vote bank. But Muslims don’t even want to become a part of the mainstream. Are their children are taught to vote against the BJP in madrassas? Are they incited against our party?”

His comments drew sharp criticism from Shiela Dikshit, the Congress’ chief ministerial candidate for UP. According to the Indian Express, she said, “It brings out the agenda of the BJP in UP. It is a communal statement. The party believes in dividing society on communal lines. Whether this is a poll gimmick or not, at no point can these statements be made.”

“They should realise that our country is one, where following a religion is everyone’s fundamental right and we respect all religions equally. Peace has to be maintained in society.”

Minority rights lawyer and Congress leader Shehzaad Poonwalla has filed a petition against Verma at the National Minorities’ Commission, which is also considering sending him a legal notice.

According to the Times of India, Poonwalla said, “It is clear that Parvesh Verma and the BJP do not subscribe nor conform to the principles of secularism and democracy as envisaged in the constitution. Necessary steps, including a ban on Verma campaigning in the 2017 elections and an FIR against him, need to be taken.”

The BJP in Uttar Pradesh has distanced itself from Verma’s remarks, with state party vice president Suresh Rana told the Times of India, “Whatever he has said are his personal opinions and not the view of the party. We are a party that believes in Prime Minister Modi’s ‘Sabka saath, sabka vikaas’ slogan. We want to take everyone along in the development journey. However, everyone who lives in India should respect Bharat Mata.“