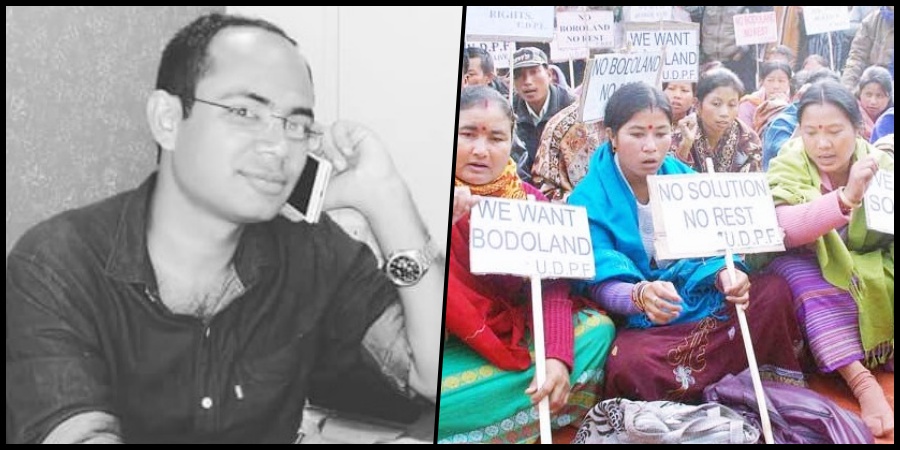 Ahmed was a fierce critic of the BJP-led state government’s anti-Muslim policies and interventions. He was extremely vocal against the forceful eviction of Muslims from government land across the state, and demanded compensation and rehabilitation of internally displaced persons (IDPs) induced by river erosion in Assam. Since September last year, several thousand poor Muslims, mostly erosion induced IDPs living on government land, were evicted by the state government without providing alternative means of shelter. At least two people were killed in police firing during such eviction operations.

He was also one of the leaders who organised state-wide protests and demonstrations against the killing of Yaqub Ali in police firing in the state’s Goalpara district on June 30. Ali was part of a protest march against the arbitrary harassment of Muslims in the name of doubtful or D-voters. The coordinated protests and demonstrations by various student and civil society organisations compelled the government to take action and initiate a probe against the responsible police constable and the officer.

Ahmed was supposed to lead another protest march today, August 2, against the alleged harassment meted out to Muslim residents thought to be D-voter. ABMSU general secretary Kamal Shah told The Wire that over 10,000 people were supposed to be a part of the protest in front of the deputy commissioner’s office in the adjoining Chirang district in BTAD.

Ahmed’s brutal killing has revived the fear of political assassinations, which were common in Assam in the late 1990s, infamously known as ‘secret killing’. Hagrama Mohilary, the chief of Bodoland Territorial Council (BTC) and a partner of the BJP-led coalition in Assam, termed Ahmed’s assassination as politically motivated and an attempt to create unrest in the trouble-torn BTAD region.

However, a Guwahati-based Assamese news channel claimed soon after Ahmed’s killing that he was on the verge of exposing a nexus between an international cow-smuggling racket and one of the top cops of the Kokrajhar police. The channel further claimed that Ahmed had provided it with video footage of the smuggling and that he was on the verge of collecting an audio tape of a conversation between the cop and one of the smugglers.

Despite being part of student politics in one of the most volatile regions of the state, Ahmed led a tireless campaign against corruption and smuggling while also fighting social evils like child marriage, child labour, dowry and polygamy among the Muslim community.

As a Muslim student leader, Ahmed was keen on empowering women in the region. In December last year, 400 girl students from the BTAD region convened in Kokrajhar and formed ABMSU’s first ever women’s wing. The wing is mandated to mobilise the community against child marriage, polygamy, dowry, domestic violence and to popularise girl’s education in the region. So far the efforts have been successful to a great extent.

Ahmed’s death will definitely affect a genuine endeavour to bring about positive change among the marginalised social groups. His demise will create a huge leadership vacuum in the organisation and in the Muslim community.

Ahmed’s murder has triggered tensions in Kokrajhar and three other districts of BTAD. These are regions that have seen ethnic violence in which thousands of lives have been lost. Local news reports suggest that aggrieved supporters and ABMSU members will organise a rally with Ahmed’s body today. If this does happens, it will likely create a serious law and order situation.

Chief minister Sarbanada Sonowal, who is also in charge of the state home department, has strongly condemned the killing and called upon the people to maintain peace and harmony. He has directed DGP Mukesh Sahay to visit the area and conduct a thorough investigation.