Prime Ministers' Museum Is Coming up in Nehru's Backyard, but He Won't Be in It

State-of-the-art museum to focus on the lives and works of 14 other prime ministers, including Modi. It will also accommodate future PMs. 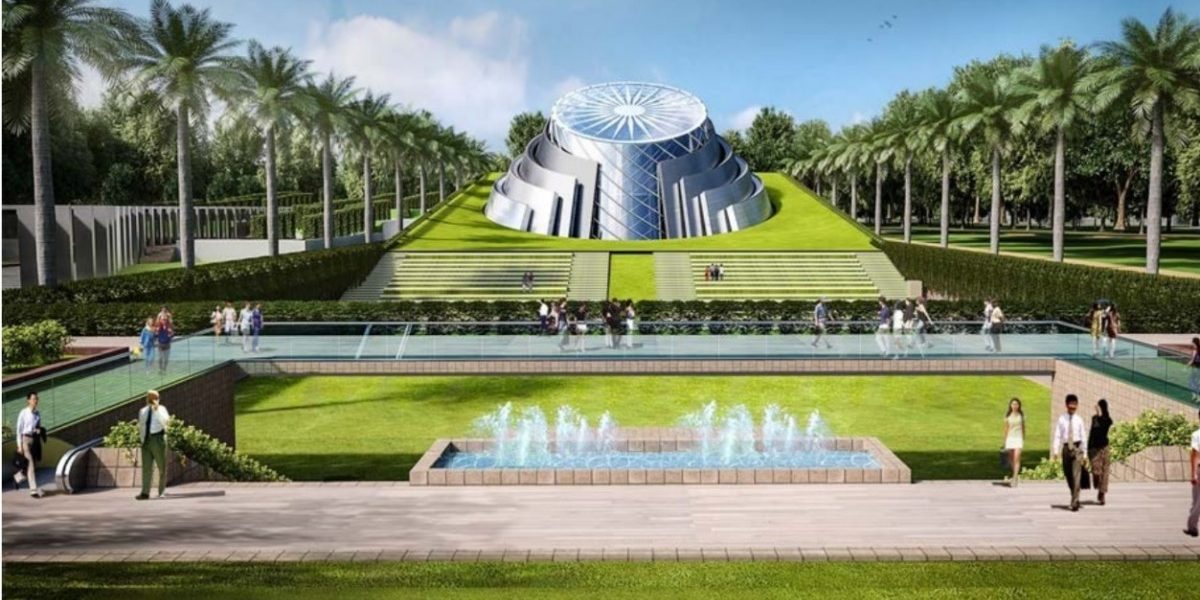 The proposed design of the Museum of Prime Ministers. Photo: Design document

New Delhi: For 16 years, till his death, India’s first Prime Minister Jawaharlal Nehru resided in the Teen Murti Bhavan. But now, when a Museum of Prime Ministers of India is coming up in this very complex, now known as the Nehru Memorial Museum and Library (NMML), he will have to sit it out. The Narendra Modi government will not be giving any place to Nehru in the new state-of-the-art museum, which plans to provide glimpses into the life and work of all other premiers, including Modi.

Only last week, at the launch of a book on former Prime Minister Chandrashekhar, Modi spoke about giving due recognition to all former PMs through the museum. He claimed that it was due to a “coterie of people” that adverse images were created of these leaders in the minds of the people. Incidentally, during his speech, Modi referred to all the PMs except Nehru.

But then, Modi’s dislike for Nehru is well known. Be it while referring to him as part of the Nehru-Gandhi legacy or as an individual, Modi has never missed an opportunity to attack one of India’s most loved figures.

Modi believes that Nehru, and his descendants, are to be blamed for India’s perceived lack of development. In 2013, while addressing an election rally in Chhattisgarh, he said: “The Shehzada (Rahul Gandhi) had come here and was talking about changing the system. In the first place, he should know that the system was made by his father (Rajiv Gandhi), his grand-mother (Indira Gandhi) and great grand-father (Jawaharlal Nehru) for 60 years during their rule. It is they who made the system. It is they who distorted it and misused it for their personal gains.”

He continued this tirade even after his election as prime minister in 2014.

In November 2017, ahead of the Gujarat elections, Modi claimed that Nehru was not happy with the idea of reconstructing the Somnath Temple, even though it happened under his regime in 1950-51. He projected Sardar Patel as the leader who gave shape to the idea, though Patel passed away before work on the temple was completed.

Then in 2018, in another veiled attack on Nehru, Modi accused him of doing the bidding of the British. Speaking at an event to commemorate the 75th anniversary of Netaji Subhas Chandra Bose’s Azad Hind government at the historic Red Fort, Modi said: “This is our misfortune that after Independence, the architects of Indian systems saw India through the prisms of England. Our culture, our education, our system had faced a lot of problem because of this approach.”

More recently, in May this year, he faulted Nehru for his approach on Kashmir. Modi said: “The Congress wants to keep the fire Pandit Nehru stoked in Kashmir, for which the country is still paying heavy price. It has kept quiet when its ally National Conference said there should be a separate Prime Minister for Kashmir. How can India have two Prime Ministers?”

Many experts have questioned Modi’s attempt to erase Nehru from public memory. They say in the absence of his leadership, India may not have been as powerful and prosperous as it is today.

In July last year, several Congress leaders had objected to the proposal to construct the museum on the premises of the NMML, calling the move “diabolical” and “intended only to obliterate Jawaharlal Nehru”. Incidentally, the move to set up the Museum of Prime Ministers had gained traction after Mahesh Rangarajan, who was appointed by the UPA government, resigned in 2015 and retired IAS officer Shakti Sinha, who had served in the PMO under Atal Bihari Vajpayee, took his place. Sinha had also served as the director of the India Foundation, a think-tank aligned to the Rashtriya Swayamsewak Sangh.

Museum coming up at site of many recent controversies

However, the controversy around Nehru’s exclusion in the museum is not the only one to have plagued the complex over the past few years.

In September 2018, the housing and urban affairs ministry sent a notice to the Jawaharlal Nehru Memorial Fund to vacate the Teen Murti Bhavan. The notice was sent following a letter from Sinha, who requested more space for the expansion of the library.

The following month, in October 2018, well-known architect Raj Rewal claimed his design had been plagiarised. He insisted that the museum’s design starkly resembled the library block of the State University of Performing and Visual Arts in Rohtak. The same month the “bhoomi pujan” of the museum was done in the lawns of the Teen Murti complex, behind the Nehru Memorial building. 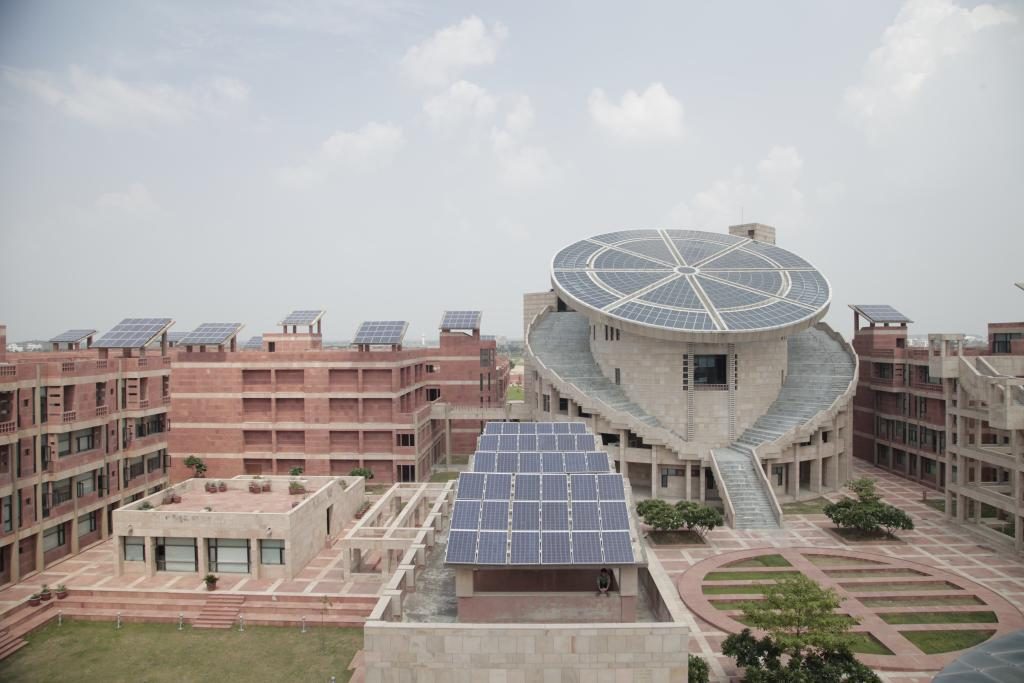 Nehru was never in the scheme

It was during this event that Sinha declared that Nehru would not be a part of the new museum. He said: “No one will be left out. (Collections and works on Jawaharlal) Nehru will not move to the new building. He (Nehru’s collections) will stay where he is – in the current Nehru Memorial Museum, which was also his residence.”

At the same event, then culture minister Mahesh Sharma said future PMs will also be accommodated in the museum.

“The museum will accommodate future PMs as well. These will not just display the watches and umbrellas of the 14 Prime Ministers – be it P.V. Narasimha Rao, Charan Singh or H.D. Deve Gowda, or caretaker PM Gulzarilal Nanda – but also encapsulate the messages of their lives,” he said.

Then in November last year, the Modi government nominated new members to the NMML Society. Several of these were controversial figures and replaced eminent personalities. The prime minister is the president of the society, which falls under the Ministry of Culture. 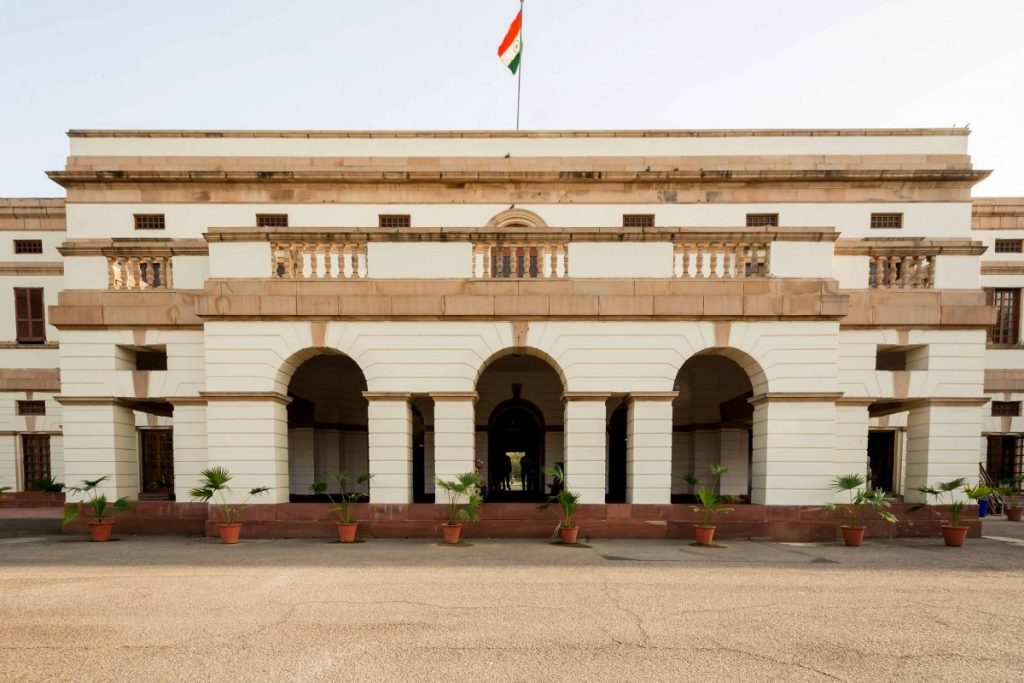 In the meantime, the work on the museum has progressed significantly.

According to a plan document, the Museum Building Complex is envisioned to be a “a premiere institution focusing on collecting, documenting, researching, and disseminating information about the lives and contributions of the Prime Ministers of India.” It would use “state-of-the-art technology and would include the most effective tools of communication.”

The building’s design was arrived at after an international competition was held. The submission by M/s Sikka Associates was declared the winner. The proposed museum building will be built on an area of nearly 10,000 square metres.

The museum, as per the plan document, will have at its core India’s democratic experience, as reflected in the works and words of its prime ministers. “The landmark achievements, works, thoughts, expressions and contributions of the Honorable Prime Ministers of India would form the ethos and core of the content and displayed on a digital platform in the proposed exhibition on Prime Ministers of India,” adds the document.

The total cost of the project is estimated to be Rs 226.20 crore, while the cost of content generation, display and technology would be Rs 89 crores, including operation and annual maintenance contract charges for five years.

The displays at the museum, the document said, will provide “an immersive experience, employing technologies to engage the five senses of the visitor”. The museum will strive to reach out to conventional museum goers, scholars as also students and tourist groups.

The displays are intended to be “rich and layered, based on digital storytelling experiences, employing state-of-art technology such as 3-D mapping techniques, touch-enabled displays, time machine, audio-visual projection, holograms and  modern acoustics”.

The museum will also showcase minimal personal effects of prime ministers as original exhibits and will relying more on their original writings, photographs, archives, speeches and interviews as display materials.

As of now, the tentative date for the museum’s opening is October 2020.