The murder had set off a political slugfest in Bengal. 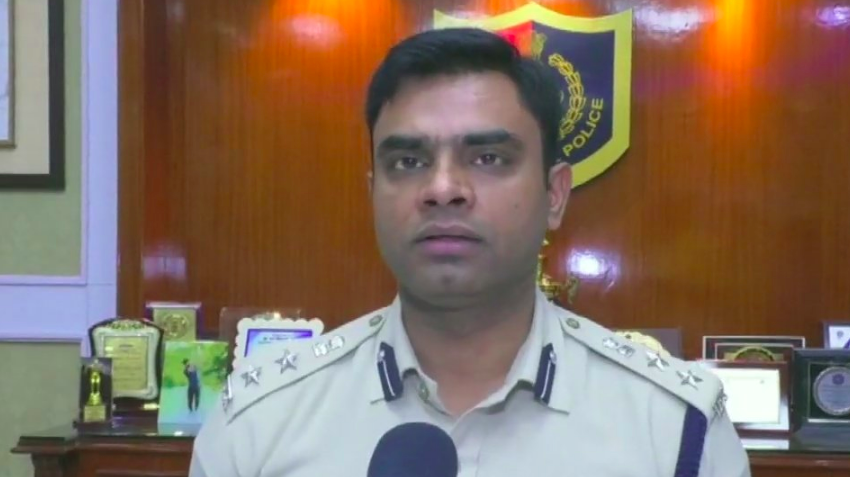 New Delhi: West Bengal police on Tuesday claimed to have cracked the Murshidabad triple murder case that set the BJP on a path of communalising the violence, with the arrest of a mason who was known to the victim family, a top official said.

Utpal Behra was arrested from Sagardighi’s Sahapur area of Murshidabad district on Monday night, a week after the hacked up bodies of Bandhu Prakash Pal, a 35-year-old school teacher, his pregnant wife Beauty, and eight-year-old son Angan were found lying in pools of blood at their home in Jiaganj, Superintendent of Police Mukesh Kumar said.

The incident had acquired political overtones with the BJP and West Bengal Governor Jagdeep Dhankhar hitting out at the Mamata Banerjee government over the killings, and the RSS claiming the teacher was its supporter. The victims’ family, however, insisted Pal had no political affiliation.

Also read: Murshidabad Triple Murder Has Nothing to Do With Politics, Repeats Bengal Police

Kumar said the incident stemmed from acrimony between Pal and Behra over financial transactions.

According to police, Pal also worked as an insurance agent and 20-year-old Behra had bought two life insurance policies from him.

“For the last few weeks, Pal and Behra used to quarrel over this matter. Pal even insulted him, following which Behra decided to kill him,” he said, adding Pal was facing financial problems for some time.

Also read: In Murshidabad Murders, a Chance for BJP to Slam TMC, Tug at Communal Heartstrings

Behra knew Pal since the time he was a teacher at a primary school in Sagardighi, the hometown of the accused.

Initially they had a cordial relationship, which soured after Behra suspected Pal of having duped him of his hard-earned money.

The weapon used in the crime has been recovered and Behra has confessed to his involvement in it, the SP claimed, adding he will be produced before a court on Tuesday.

In the course of investigation, several residents of Jiaganj and Sagardighi complained that Pal had taken money from them but not deposited the premium.

The Wire had reported on the murder and the political slugfest at play regarding it. Several BJP leaders, including Dilip Ghosh, Sambit Patra and Babul Supriyo had claimed that the murders were politically motivated, even though Bengal police had repeatedly denied such a claim.