While extending the custody, the court noted that the ED has made "remarkable progress" in the investigation. 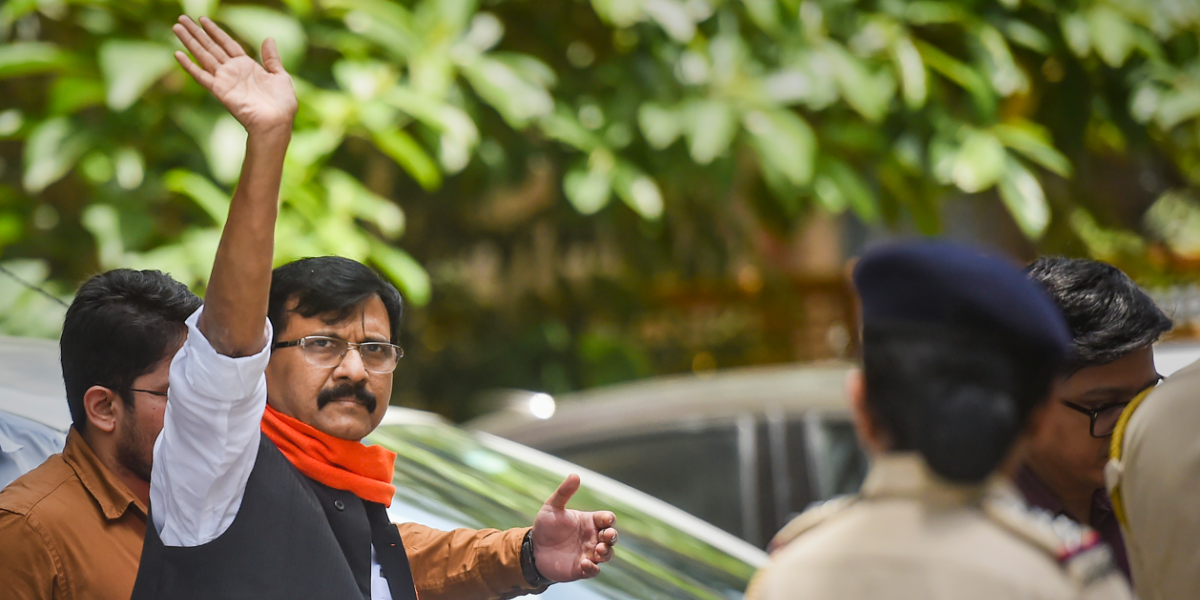 Mumbai: Shiv Sena MP Sanjay Raut being taken for a medical check-up by Enforcement Directorate (ED) officials, after which he will be produced in a special court in connection with a money laundering case, in Mumbai, Monday, Aug. 1, 2022. Photo: PTI

While extending the custody, the court noted that the ED has made “remarkable progress” in the investigation.

The central probe agency had arrested Raut on July 31 in connection with alleged financial irregularities in the redevelopment of Patra ‘Chawl’ (old row tenement) in suburban Goregaon and related financial property transactions involving his wife and alleged associates.

On August 1, the court had remanded him in the ED custody till August 4.

At the end of his initial remand, the probe agency produced Raut before special Prevention of Money Laundering Act (PMLA) court judge M.G. Deshpande. It sought extension of his custody for further probe into the matter.

After hearing both the sides, the court extended the custody till August 8.

The ED had earlier told the court that Raut and his family received “proceeds of crime” worth over Rs 1 crore generated out of alleged irregularities in the housing redevelopment project.