Aparna Yadav had contested the 2017 assembly polls on the Samajwadi Party ticket from Lucknow Cantonment but had lost to BJP. 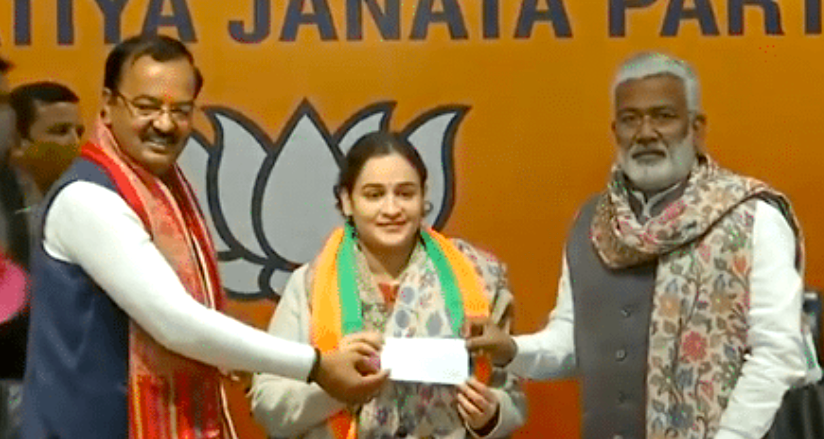 There had been pitched speculation on such a move for a few days.

She is married to Prateek Yadav, son of Mulayam Singh Yadav’s second wife while Samajwadi Party president Akhilesh Yadav is his son from his first marriage.

Akhilesh Yadav has been working to rally the party’s base in the run up to the state assembly polls. This is likely to be the first time that Akhilesh contests an assembly seat.

There have been key moves by BJP leaders of Other Backward Classes communities to the Samajwadi Party in the recent past, including that of minister Swami Prasad Maurya.

Suheldev Bharatiya Samaj Party president and former Uttar Pradesh cabinet minister Om Prakash Rajbhar has told The Wire that more leaders from BJP will quit the party ahead of the elections.

The BJP may field her in the polls, PTI reported sources as having said.

Aparna Yadav had contested the 2017 assembly polls on the Samajwadi Party ticket from Lucknow Cantonment but had lost to BJP’s Rita Bahuguna Joshi, now a Lok Sabha member.

Assembly polls in Uttar Pradesh will be held in seven phases beginning from February 10.