Votes will be by show of hands and the whole process must be videographed, the top court ordered. 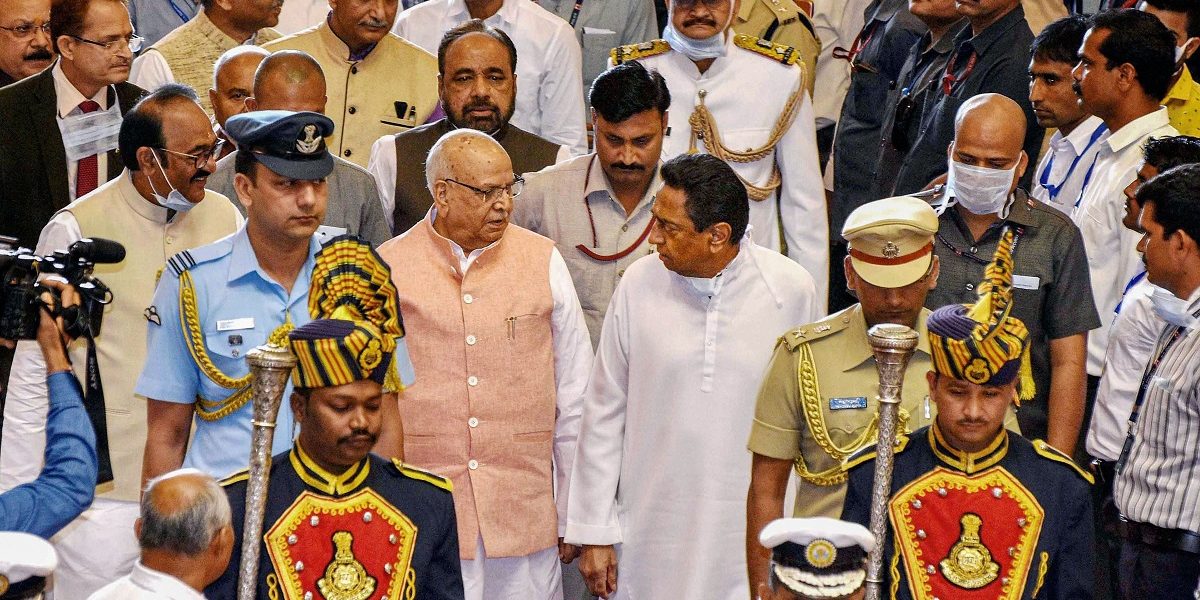 New Delhi: The Supreme Court on Thursday ordered the Madhya Pradesh legislative assembly to hold the floor test on Friday at 5 pm, by a show of hands. If the rebel Congress MLAs, who are holed up in Bengaluru, want to participate, then the directors general of police (DGP) of Karnataka and Madhya Pradesh must ensure their security.

The apex court, hearing a plea filed by BJP leader Shivraj Singh Chouhan, ordered that the entire process should be videographed.

If the 16 rebel MLA’s want to be a part of the test, then the Karnataka DGP and MP DGP shall must ensure their security : SC orders.#MadhyaPradeshPoliticalCrisis

According to news agency PTI, a bench comprising Justices D.Y. Chandrachud and Hemant Gupta said that the assembly will have a single point agenda of holding the floor test and said no hindrance should be created.

The Congress government in the central Indian state has been in crisis ever since its leader Jyotiradtiya Scindia on March 10 resigned and defected to the BJP. Around 22 MLAs, including six ministers, have also submitted their resignations and have been in Karnataka since then. While the resignations of the six ministers were accepted, Madhya Pradesh assembly speaker N.P. Prajapati has held that the 16 other MLAs should meet him before he can decide on their resignation.

Though governor Lalji Tandon had ordered the assembly to conduct a floor test on March 16, the speaker adjourned the session until March 26, citing the threat of the coronavirus. Chouhan moved the top court after this decision.

On Thursday morning, the Supreme Court had suggested that Prajapati should interact with the rebel Congress MLAs through a video link or the court can appoint an observer to allay the fear that the legislators are in captivity.

However, the speaker refused to accept the top court’s proposal.

A bench said it can create conditions to ensure the exercise of the volition of the rebel MLAs is truly voluntary.

“We can appoint an observer to Bengaluru or some other place so that the rebel MLAs can connect with the speaker through video conferencing after which he can decide,” the bench said.

It also asked the speaker whether any inquiry was made on the resignation of the rebel MLAs and what decision has he taken on them.

Senior advocate A.M. Singhvi, appearing for the speaker, said the day court begins to give time-bound direction to the speaker, it will be constitutionally problematic.

The counsel appearing for governor Lalji Tandon told the bench that chief minister Kamal Nath was “sitting aside” in the turn of events and it is the speaker who is “leading the political battle” in court.

The bench asked all the parties how does the decision of a speaker in matters of resignation and disqualification of MLAs affects the floor test.

It said the constitutional principle that emerges is that there is no restraint on trust vote because of resignation or disqualification being pending before the speaker. It said, therefore, the court will have to flip around and see whether the governor acted beyond the powers vested in him.