Two legislators and 50 councillors from TMC had joined the BJP on Tuesday. 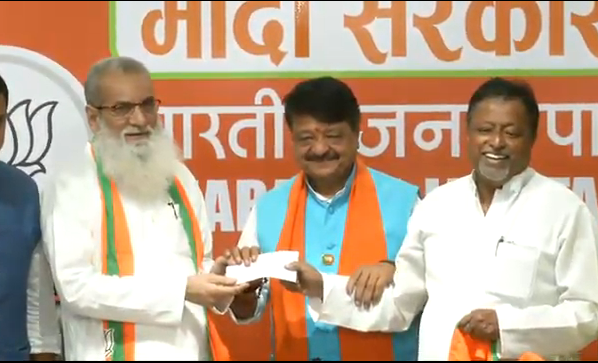 New Delhi: In another blow for the Trinamool Congress, its MLA Monirul Islam on Wednesday joined the BJP, the third legislator to desert the ruling party in West Bengal after the results of the Lok Sabha polls.

Two TMC legislators and over 50 councillors had joined the BJP on Tuesday.

The BJP projected the decision of a Muslim MLA to join the party as a vindication of Prime Minister Narendra Modi’s slogan of “Sabka Saath, Sabka Vikas, Sabka Vishwash” (together with all, development for all, trust of all).

Modi gave the slogan in his first address to MP’s of the BJP-led NDA after the Lok Sabha poll results were declared. He had asked them to win over the trust of minorities with their work.

Several other TMC workers also joined the saffron party in the presence of BJP leaders Mukul Roy and Kailash Vijaywargiya.