The RSS chief's references to the Mahabharata have earned a sharp response from elements in the Hindutva ecosystem who say they are offended by his interpretation. 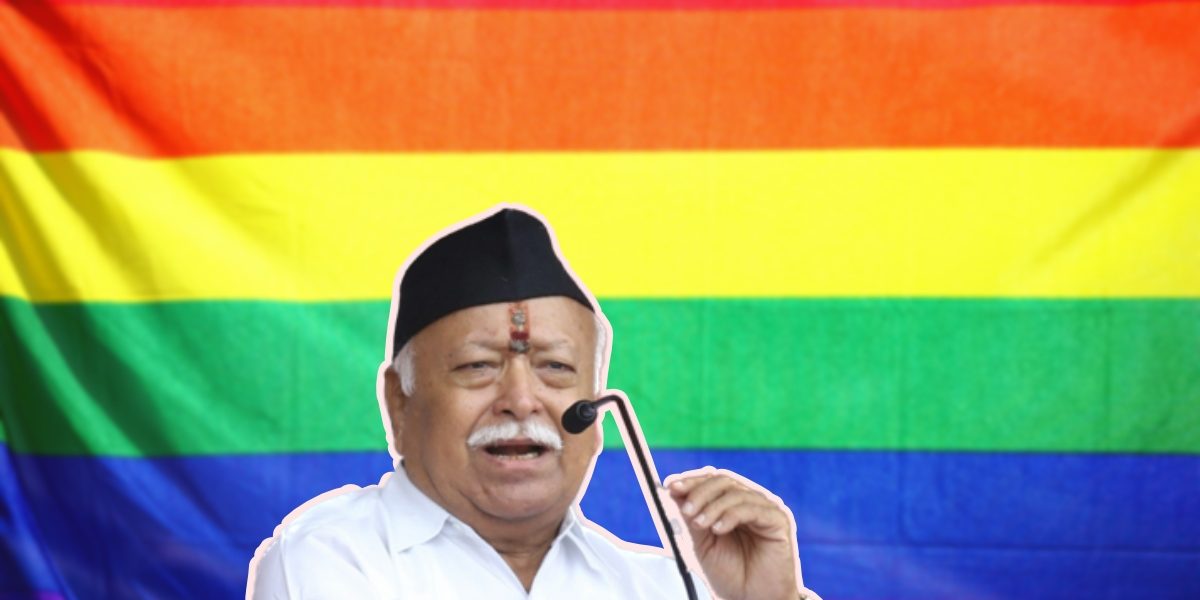 Mohan Bhagwat with the rainbow flag in the background. Illustration: The Wire 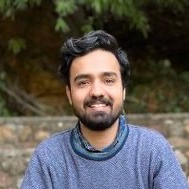 On his blog, Deo claimed that he had reached out to the editors of both magazines wanting them to express regrets and urging them to print a rebuttal, but they allegedly did not respond to the messages. He had also tagged the Sangh chief on Twitter and requested that he take back the statements. M. Nageshwar Rao, the former interim director of the Central Bureau of Investigation, also shared a copy of the complaint on his Twitter handle.

In the interview, Bhagwat said that Hindu civilisation has traditionally acknowledged the LGBTQ community. He gave the following reference from the Mahabharata:

“Jarasandha had two generals—Hans and Dimbhak. Because the two were extremely close, Krishna spread the rumour that Dimbhaka had died, prompting Hans to commit suicide. Just like that, he killed two generals…What exactly was it? It’s all the same. They both had such relationships. Humans already have this type. It has existed since the dawn of time. As a veterinary doctor, I am aware that this type exists in animals as well. It is biological in nature. However, there is a lot of talk about it. They, too, must survive. They are of a different breed. According to him, they should also receive a separate private space and feel a sense of belonging to the entire society. It’s really quite simple.”

Deo’s complaint says that the depiction of Hans and Dimbaka as a gay couple or “having attraction towards each other” is not factually correct and cites the “Sri Harivansh purana” as carrying the actual version of this “historical incidence”.

“It is always there that we also have respect for LGBT Community but as a person of Hindu faith/ Santana Dharma, we know that misrepresenting facts from scriptures is never encouraged (sic),” the complaint says. However, in the blog, Deo accuses Bhagwat of “justifying an unnatural act like ‘homosexuality'” through Hindu theology.

Deo says that his feelings and that of many Hindus were “hurt from such kind of unauthorized & disrespecting misrepresentation from scripture just to gain few followers & support of a chunk of masses (sic)”.

Deo has called for a “written apology” from Bhagwat and the editors and that the statements be “removed across all platforms.”

In the blog, Deo says that the alleged centuries-old “conspiracy” by the so-called colonial and Abrahamic forces of the West “to break the family system of India” has now even seeped into the Sangh. He says that the RSS chief is presenting a wrong interpretation of Hindu scriptures and the magazines of Sangh ideology are publishing it.

“It seems as if the Sangh is playing into the hands of the invisible forces of the West! Due to the silence of Hindu society on this issue, I had to take this ‘legal stand’. I hope that Bhagwatji and the editors of both the magazines will understand the seriousness of this matter and will publish a rebuttal and apologise for this mistake to the Sanatan Vedic Hindu society,” the post says.

Deo also posted a copy of a complaint filed in Indore against Mohan Bhagwat and the two RSS mouthpieces.

Several other prominent right-wing influencers criticised Bhagwat for his “pro-LGBT” position and tweeted on the hashtag #भागवतमाफीमांगो (Bhagwat, apologise).

In a video conversation with Sandeep Deo, columnist and author Madhu Purnima Kishwar also condemned Bhagwat’s statement. “This ignorance is like that of Christian missionaries and the conversion mafia… What Bhagwatji has done would fall in the same category. I have a problem with that.”

Reasons why 🌈 ism is being heavily promoted by Songs..To the point that mohan bhagwat twisted hindu scriptures too justify their perversion!
Hindus must resists this nonsense , ot else they will bring all the American gender wokeism sh**t to our nation! pic.twitter.com/kf7Yz5J4Yt

When Bhagwat first made the statement, it was received with considerable scepticism by the Queer community but was lauded in sections of the mainstream media. The comments about the LGBTQ community were part of a longer interview he gave to the two magazines, which drew more attention because of Bhagwat’s assertion that Hindu society was “at war” for a thousand years and it “was natural for people to be aggressive.”

Bhagwat’s statement on LGBT persons was seen as a departure from the Sangh parivar‘s long-held views on homosexuality. Following the decriminalisation of consensual homosexual activity with the scrapping of Section 377, an RSS spokesperson had noted, “Like the Supreme Court’s verdict, we also do not consider this (homosexuality) as a crime…[but] These relationships are not natural, so we do not support this kind of relationship.”

The Wire has reached out to Organiser editor Praful Ketkar for his comments. The story will be updated if and when he or his office responds.