With Malvika Sood Sachar contesting the upcoming polls on a Congress ticket, all eyes are on the assembly segment and its multi-cornered fight. 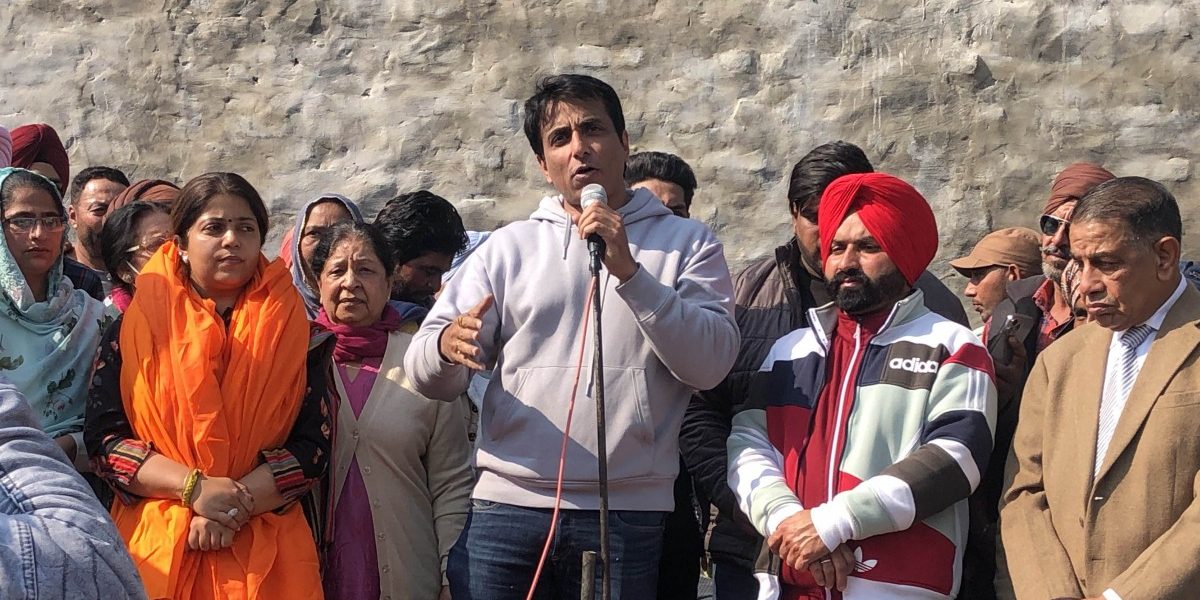 Malvika Sood & Sonu Sood together on the state addressing a gathering at Daroli Bhai village in Moga. Photo: Kusum Arora

Moga: Amidst the high stakes involved in the upcoming Punjab elections, the centrally-located Moga assembly seat in the Malwa belt is garnering a lot of attention for the star-studded campaign of Congress candidate Malvika Sachar Sood – the sister of Bollywood actor Sonu Sood.

Having joined the Congress officially on January 10, Malvika’s candidature from Moga was announced a week later. She replaced sitting Congress MLA Harjot Kamal, who joined the BJP the very next day. Kamal has been fielded by the BJP from Moga in the upcoming polls.

A strong Congress bastion, the quaint Moga assembly segment has been with the party since 2007. Prior to that, SAD leader Tota Singh had been the MLA for two successive terms.

Many voters were excited to see Sood – who has become a popular household name for many for his philanthropic work during the pandemic – on the campaign trail, whom they have otherwise only seen in hit Bollywood films. The actor also obliged several fans with selfies and autographs, both in Moga city and in neighbouring villages.

Apart from Sood, Punjabi actor-turned politician Baldev Khosa also stepped out to campaign for Malvika. The Congress politician from Dhudike village in Moga, who made the iconic 1983 Punjabi film Putt Jattan De, has won four terms as an MLA from Versova in Maharastra’s Mumbai. Sharing how it was actor Sunil Dutt who got him into politics, he said, “We all know how Sonu has served people, provided them jobs and served humanity when COVID-19 hit the nation hard. It’s our turn to support Malvika, Sonu Sood’s sister.” 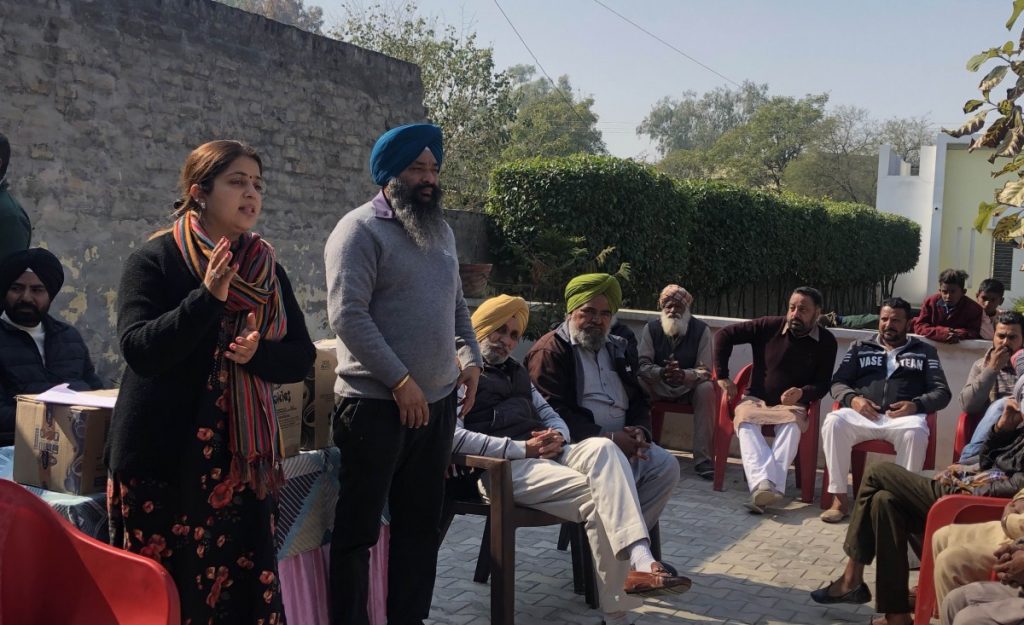 A day after Rahul Gandhi said that the Congress would announce the CM candidate after consulting party workers at a virtual rally in Jalandhar, Sood batted for chief minister Charanjit Singh Channi.

Talking to The Wire at Daroli Bhai village, Sood said that though he is an outsider, it would be good if Channi were to be given another chance. Terming it a personal call, the actor said, “Like cricket, even if a tea break takes place, the cricketer still gets a chance to play his innings. Similarly, CM Channi should also be given a chance to lead Punjab again.”

According to him, both Channi and Sidhu are strong contenders for the post.

Playing it safe, Malvika said, “Both CM Channi and Sidhu have performed well in their positions. CM Channi led the government for 111 days and people are appreciating his work. Meanwhile, Sidhu has strengthened the party. The Congress high command will announce the best CM candidate.” During her speech at Daroli Bhai village, Malvika, an engineering graduate, introduced herself as ‘Moge di dhi’ (Moga’s daughter). Malvika, a social worker, has been running a secondary school and a coaching class for IELTS in the town.

Malvika addressed small gatherings in villages, where the duo emphasised how they were rooted in Moga. “I was born and brought up in Moga. I got married here. My father used to run ‘Bombay Cloth Store’, while my in-laws also own a cloth showroom in Moga.”

At Rattian, Khukhrana and Daroli Bhai villages, Malvika spoke about her philanthropic works during the pandemic. “We offered assistance to upgrade Civil Hospital, but our suggestion was brushed aside. After coming to power, our first priority would be to uplift the hospital,” she said.

Speaking about how he helped people during the lockdown, Sood said, “When I was helping people, I never saw who was Hindu, Muslim or Sikh. My concern was to serve humanity and then things just happened. Similarly, in Moga, we just want to work for you (voters).”

“I am a physician, who served in Ex-Serviceman Contributory Health Scheme (ECHS) Poly clinic at Moga. I resigned from my job to contest the polls. I have been serving ex-servicemen and their families who spent their lives guarding the nation. I am a soldier’s daughter,” she said.

Arora said that there’s no doubt that Sood is a good actor and has worked for the people, but she said she too was attending patients when the pandemic was at its peak. “Despite my pregnancy last year, I remained at the forefront to work for the public. I was awarded by the deputy commissioner of Moga for my services. My people and AAP’s Delhi development model are my strength. This time, voters are not even looking at candidates – they just want to vote for AAP,” she said. On Sood’s announcement about developing Moga, Arora said he is a big name and could have done something for his hometown any time over the years. “What was stopping the Sood family from working earlier?” she questioned.

SAD candidate Makhan Brar, a lawyer by profession, said, “People of Moga know the contribution of our family in developing this constituency. My father remained an MLA from Moga twice and the development he brought about is appreciated till date. On the other hand, people are in no mood to either support AAP or Sonu Sood, who is spending money gathered through his philanthropic works to campaign for his sister. Also, Sonu Sood has always played the role of a villain in Bollywood films, which is not much to the liking of the voters. It is not films but SAD’s development agenda which will ensure our victory.”

Moga assembly constituency comes under Faridkot (reserve) Lok Sabha seat, an erstwhile princely state. Interestingly, Moga also holds a special place for SAD, from where the Akalis scripted history in Punjab politics. SAD considers Moga its lucky charm and assumes that whenever they hold a conference in Moga, they have come to power. The party held yet another conference in December 2021 on its 100th anniversary to kickstart the 2022 poll campaign.

Notably, it was at the historic Moga conclave of 1996 when SAD announced its alliance with BJP, ensuring Sikh-Hindu unity in the state. However, SAD and BJP parted ways in 2020 over the now repealed three farm laws.

The constituency comprises of Hindu, Jatt Sikh and Dalit voters and is famous for Nestle Plant, tractor market and the once flourishing farm equipment market of Threshers.