The Congress party asked what is the need for the government to export life-saving drugs and oxygen at a time when the nation is going through a severe health crisis. 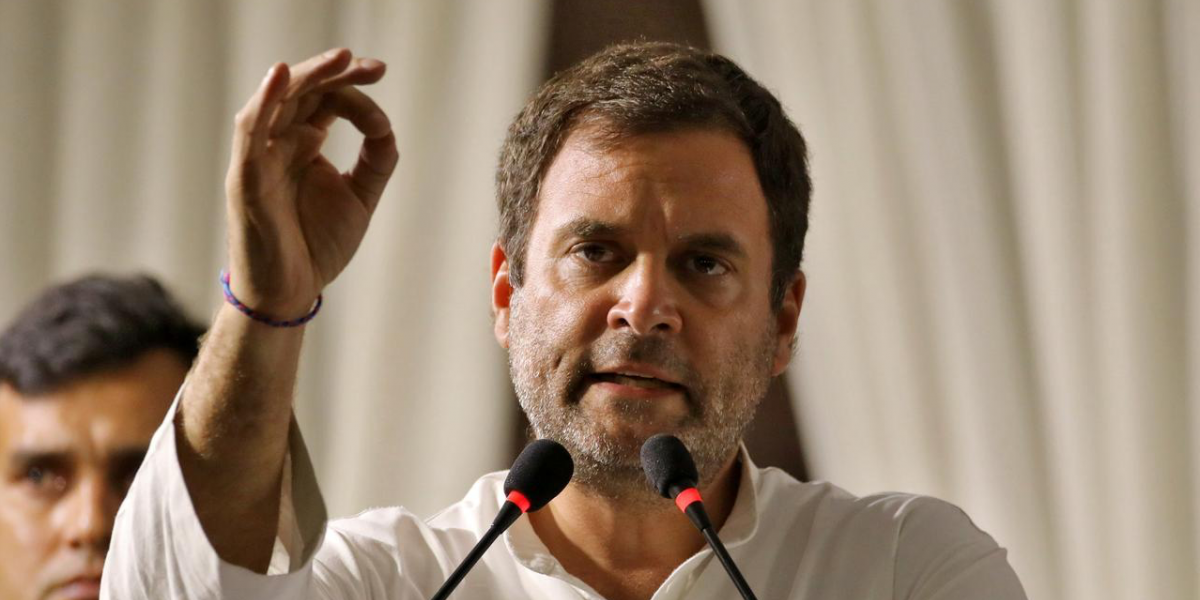 New Delhi: The Congress on Wednesday alleged that India has been reduced from being a leader in vaccine production in the world to a “vaccine beggar” due to the failures of the government.

Congress leader Rahul Gandhi said, “India still has no COVID strategy. Exporting oxygen and vaccines when our own people are dying is nothing short of a crime.”

Addressing a press conference, senior spokesperson of the Congress Ajay Maken said with over 2.93 lakh COVID cases in a 24-hour span, the government is testing the patience of people.

Hitting out at the BJP for accusing Congress of doing politics, he claimed the ruling party and Prime Minister Narendra Modi were indulging in politics instead.

Attacking the Prime Minister, Maken alleged he is only doing politics and campaigning instead of doing his job and providing good governance.

He further alleged that the Prime Minister gave no direction to people in his address to the nation and said they have been forced to fend for themselves in these tough times.

“India, which was a vaccine leader, has been reduced to a vaccine beggar. Modi ji has turned a strong country helpless. For the Modi government, profiteering is more important than the lives of people,” Maken told reporters, adding that the Prime Minister has washed his hands off from his responsibilities.

“This virus disproportionately affects the poor and we have to do everything possible to help them. I urge the government to provide direct income support to vulnerable sections of our society,” he said in an Instagram post.

“One of the largest oxygen producing countries in the world is being forced to import as its leadership fails to deliver oxygen to its own despairing citizens. Why did they double exports in the middle of the pandemic in 2020,” she asked.

Maken also pointed to the shortage of oxygen and life-saving drugs and asked why the export of oxygen, Remdesivir, COVID testing kits were allowed when the country was facing a shortage.

“We demand that why not investigate traders dealing in Remdesevir by the NIA and ED. The government must tell how 11 lakh injections of Remdesivir and oxygen were exported,” he asked.

He termed Modi’s address to the nation on Tuesday as empty rhetoric.

States and common people were expecting relief from the Prime Minister, but as always, 18 minutes of the speech disappointed everyone, Maken claimed.

“It had no direction, no empathy for the poor and those affected by the pandemic were left high and dry,” he said.

“There is a complete failure of the government’s management of the situation in the country,” he said.

On reverse migration, he said ugly scenes are being witnessed everywhere with migrant workers wanting to reach back home and the government must ensure that they return with dignity and not repeat what had happened last year when “over 3 crore workers were forced to walk back and many lost their lives”.

“It seems that we have not learnt anything from last year’s experience. Congress party demands that a monthly cash transfer of Rs 6,000 into the accounts of these needy poor be made immediately and adequate food supply be given to urban poor during lockdown/curfew.”

Maken said India has the highest number of coronavirus cases, the doubling rate is highest in the world and the country is in the second position as far as total cases are concerned.

“We want to ask you, Prime Minister, that India being the biggest manufacturer of vaccines in the world only about 1.03% people have been vaccinated so far.

“If there is a shortage of life-saving drugs in India, which is the largest producer of these drugs, then it is a failure on the part of the government’s management,” he alleged.

He also asked what health infrastructure the government has added in the last 15 months.