Modi Loves to Speak. So Why is He Silent on Jay Amitbhai Shah?

If he pointed a finger towards Robert Vadra’s wealth increasing due to his proximity to the Congress president, shouldn’t he ask if the sudden rise in Jay Shah’s fortunes is connected to his father’s position as BJP president? 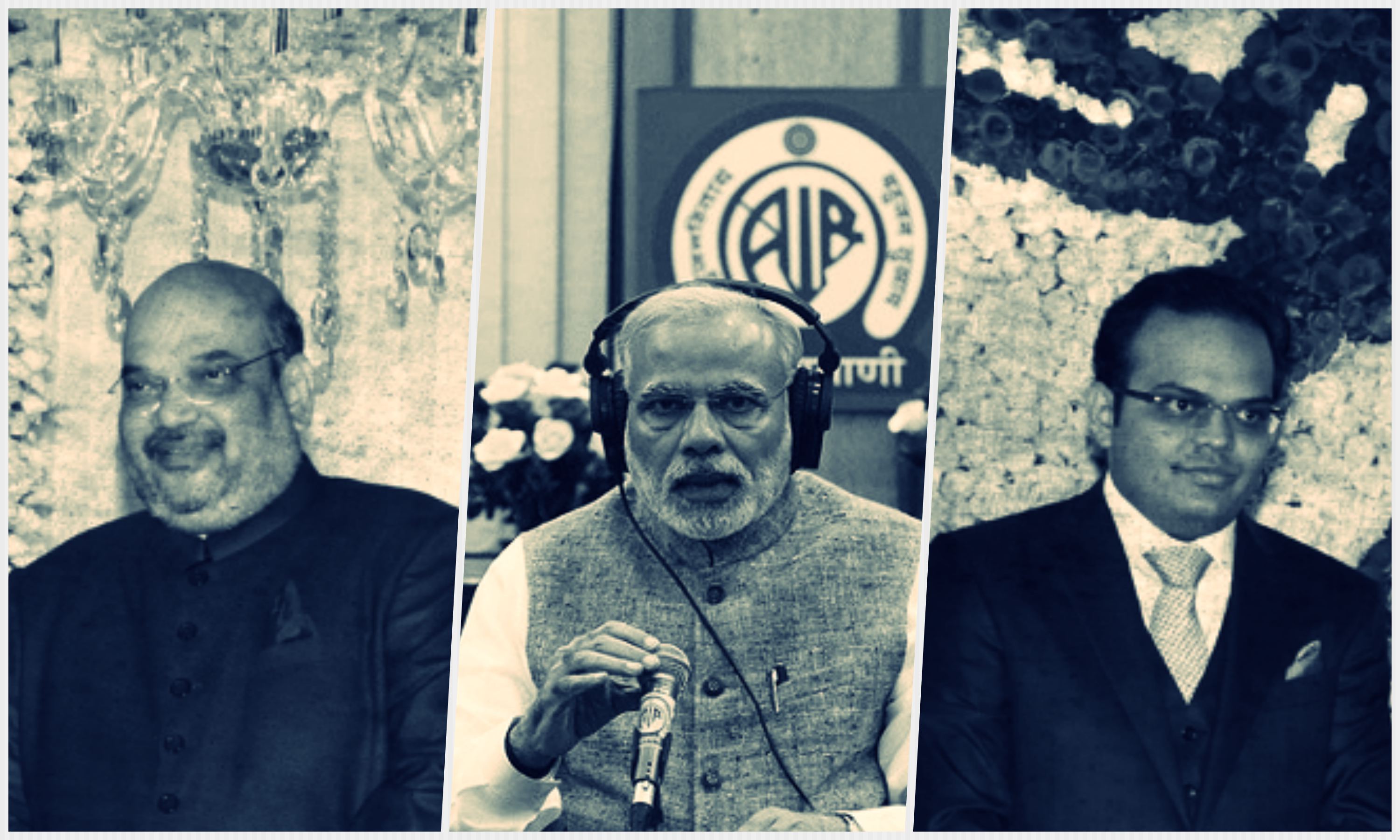 One of the themes in the prime minister’s campaign speeches and rallies during his early years in office, that struck an immediate chord with the country, was his comments on how the relatives of powerful politicians grow rich after their parents reach high office. This was, of course, something the Indian people knew to be a fact but Modi was the first senior politician to speak about it, freely, frankly and frequently.

(Nepotism, the favouring of brothers and nephews, were a staple of serials in the past. Over time, this has undergone a change. Then uncles and nephews appeared, and now mothers-in-law and sons-in-law have entered the plot)

(In our country, politicians very quickly start attracting allegations. That person made 50 crore, another 100 crore. The son made 250 crore, the daughter 500 crore and the son-in-law 1000 crore…. Don’t we hear this all the time?… My countrymen, I am now standing in front of you. Are there any allegations against me?

At the time, the case that seemed to best illustrate Modi’s rhetoric was that of Robert Vadra. The Hindu and the Business Standard, in a series of reports, alleged his companies fortunes had jumped from Rs 50 lakhs to over Rs 300 crore in just six years. The issue most referred to was the purchase of 3.5 acres by Vadra’s Skylight Hospitality in Manesar in February in 2007. Reports said that 24 hours after Vadra bought the land it was mutated in his name. Six weeks later the Haryana government gave permission for commercial use, thus dramatically increasing its value. Sixty five days later the land Vadra bought for 7.5 crores was sold to DLF for 50 crore, a profit of 770%.

Yet at the time Skylight Hospitality bought the land its total assets were one lakh and the payment for the land was shown as a book overdraft. The newspapers suspected that the money was advanced by DLF because they knew Vadra would be able to get the land use changed and then they could buy it from him with both parties benefiting. In other words, it was a sweetheart deal. This impression was apparently corroborated by the fact that when Ashok Khemka, the inspector general of registration, started an inquiry into Vadra’s land dealings he was immediately transferred, even though it was 11 at night.

Many people believe that recent reports by NDTV and TheWire.in about the companies of Amit Shah’s son, Jay Shah, bear an uncanny resemblance to the Vadra saga. The points made by the two media organisations are claimed to be factually correct and haven’t been disputed though, like the Vadra case, the inferences or conclusions are said by the subjects to be defamatory.

Going into further detail, the two media houses say one of the companies, Temple Enterprises, received an unsecured loan of Rs 15.76 crore even though it had a 10 year “unimpressive track record”. A second company, Kusum Finserve, incorporated in 2012 and with meagre profits of Rs 1.73 crore after a first year loss, received a line of credit of Rs 25 crore. NDTV even questions if it was entitled to this credit. The Wire adds Kusum Finserve, despite no experience in the energy or infrastructure sectors, received a Rs 10.35 crore loan from a public sector enterprise IREDA to set up “a 2.1 MW wind energy plant”.

All of this leads NDTV to comment: “Whether he (Jay Shah) was deserving, or benefited from a famous surname, can only be established by an inquiry”. Separately, The Wire has reported that Tushar Mehta, additional solicitor general, secured permission to represent Jay Shah in court, even though government law officers can only represent private parties in exceptional circumstances. The website also claims this was granted on October 6, though its story on Shah, which was the first to appear, was only published on October 8.

Several questions are now likely to come to the mind of the Indian voter.

In Vadra’s case, nothing criminal has so far been found – and that’s also true of Jay Shah – but that didn’t stop the opposition and media raising doubts, so now if the opposition and media are doing the same to Shah, is it really unprecedentedly awful and unwarranted? Indeed, isn’t it the duty of the two to raise questions in the interest of democracy even if, occasionally or more often, they turn out to be misplaced?

Both as a candidate and in office the prime minister had a lot to say about Robert Vadra. It was, of course, mainly based on suspicion but the Indian people applauded him for it. Today’s he’s silent. So don’t we have the right to ask why a man who loves to speak suddenly has nothing to say?

Karan Thapar is a Delhi-based journalist and television anchor.

This article first appeared in The Tribune on October 13, 2017 and is republished with permission