The first step towards reviving political dialogue and ending the rule of the gun in Kashmir is for New Delhi to announce that it is committed to restoring full autonomy within the constitution to the entire state. 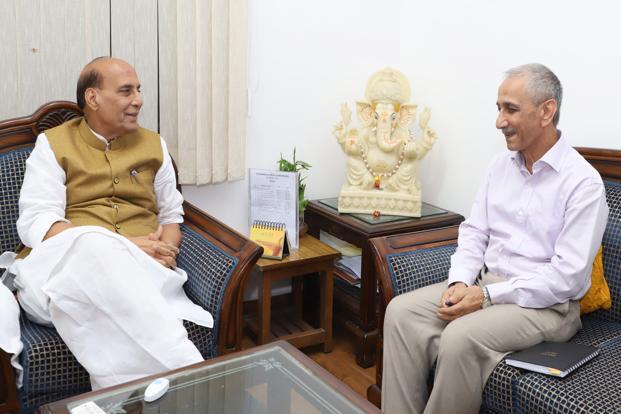 The Narendra Modi government’s dialogue with Kashmir has died even before it got a chance to be born. The fault does not lie with the leaders of the Hurriyat’s unified command, who last week rejected talks with the Centre’s interlocutor, but with the government in Delhi that speaks in many voices and does not know what it wants.

Hours after home minister Rajnath Singh announced his government’s decision to seek peace in Kashmir through a dialogue, Prime Minister Modi ruled out any discussion of restoration of full autonomy for the state within the constitution as a possible solution by accusing P. Chidambaram, who has been advocating this, of speaking the language of Pakistan.

Not to be outdone, Dineshwar Sharma, the newly-appointed interlocutor, has given a spate of interviews to the media within a week of his appointment that have virtually eliminated the space for a dialogue even before Kashmiris got a chance to decide whether they would participate in one.

There is something so hasty and ill-informed about Modi’s Pakistan remark that one is forced to ask whether he is really capable of taking on the delicate task of restoring durable peace in Kashmir. For autonomy within India is absolutely the last thing that Pakistan wants, or indeed has wanted since the day it was born. Pakistan wants all; repeat all, of Kashmir Valley. It has tried twice to get it by force, in 1965 and 1989, and is trying to do so again today.

Ceding Kashmir to Pakistan and keeping Jammu and Ladakh was the ‘Dixon Plan’ that Sheikh Abdullah and Jawaharlal Nehru had categorically rejected in 1947. This was also the plan with which the President Pervez Musharraf came to Delhi in July 2001. Musharraf learned a great deal from that visit and, for a brief period, Pakistan was prepared to trade a settlement that did not redraw boundaries in Kashmir, for the larger gains that would accrue from peace with India. But that moment has passed and may never come back.

Today, Modi’s unrelenting war on terrorism in Kashmir has revived Pakistan’s hope that the Valley will somehow shake itself free of India and turn to it for protection. It will, therefore, resist such a solution tooth and nail, and will kill, and kill again, as it did in the ‘90s, to prevent it. Its targets will once again be Kashmiris who are prepared to accept a solution short of breaking away from the Indian Union. So how, when he spoke of autonomy, was Chidambaram speaking the language of Pakistan?

Also read: What the BJP-Chidambaram Spat Tells Us About Modi’s Plans for Jammu and Kashmir

Sharma has obviously not read the chapter in former French President Charles De Gaulle’s memoirs on the ‘virtue of silence’. But he could at least have asked himself why his two predecessors, K.C. Pant and N.N. Vohra, never spoke to the media throughout their tenures. He could also have waited till he had read theirs, and the Dilip Padgaonkar team’s, reports, not to mention those of the round table conferences of 2006, before he began to air his views. But he did no such thing. Instead, although he has tried to be non-committal in his interviews, every idea he has expressed has narrowed the space for dialogue till there is virtually none left.

For instance, his insistence on describing everyone who has picked up the gun in Kashmir as a terrorist amounts to an absolute refusal to make any distinction between terrorists and freedom fighters. But accepting this difference has been a precondition for negotiations to end insurgency all over the world, not to mention in Nagaland, Mizoram and Assam. In Kashmir, the V.P. Singh and Narasimha Rao governments fought the insurgency of the ‘90s with the intention of bringing the insurgents to the negotiating table. That is the goal that the Modi government has completely forsaken today. 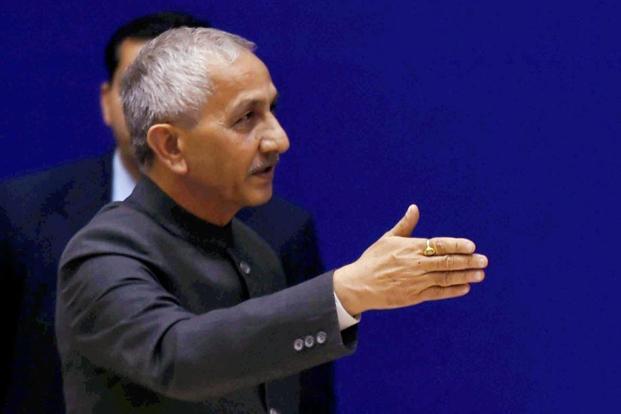 Its treatment of all insurgents as terrorists has not only reversed this policy but goes against the grain of the most widely-accepted definitions of terrorism today. These are the US government’s Title 22, Chapter 38, U.S. Code no. 2656f, which defines it as “premeditated, politically motivated violence perpetrated against noncombatant targets by subnational groups or clandestine agents,” and the definition proposed by a high-level UN panel in 2004 and endorsed by UN secretary general Kofi Annan, that terrorism is “any action that is intended to cause death or serious bodily harm to civilians or non-combatants, when the purpose of such an act is to intimidate a population or government”.

Most of the attacks by armed Kashmiri youth in the past two years have been directed at the security forces and police. The few against civilians have targeted government officials and panchayat members. Unlike the last years of the 1990s insurgency, when some Kashmiri militants had taken to exploding bombs in crowded places, there has been no random killing of civilians in the past three years, let alone killings designed to intimidate the population. Nor are the insurgents in South Kashmir having to coerce villagers into giving them shelter as the insurgents, and fidayeen sent by Pakistan, had to do in the ‘90s. It is therefore difficult to categorise these attacks as acts of terrorism.

The way ahead lies in a dialogue within Kashmir

To grasp how far removed Delhi is from understanding the political reality in Kashmir, it is necessary to describe the risks that any Kashmiri leader willing to talk to Delhi has to run. First he or she has to live in constant fear of assassination. All the seven nationalist leaders who met George Fernandes in 1990 were assassinated in the following months. Mirwaiz Maulvi Farooq, the father of Mirwaiz Umar Farooq, was assassinated in May of the same year three weeks after he gave an interview to BBC in which he discussed how peace could be brought back to the Valley. Qazi Nisar, the mirwaiz of South Kashmir and a founding member of the Muslim United Front, which fought the state elections in 1987, was assassinated in 1994.

Among others who have met this fate are the brother of Hurriyat leader professor Abdul Ghani Butt, killed in 1996 to dissuade Hurriyat from even thinking about fighting the 1996 election; Hurriyat executive committee member and head of the Peoples’ Conference, Abdul Ghani Lone, shortly after he announced that his party would contest the 2002 elections; and Mirwaiz Umar’s completely non-political uncle, Mir Mushtaq Ahmad, killed in 2004 six weeks after the Mirwaiz had come to Delhi to meet the Deputy Prime Minister L.K. Advani.

In a deliberate act of intimidation, Pakistan’s Inter Services Intelligence advertised its hand in the last two killings by choosing May 21, the anniversary of Mirwaiz Mauvli’s assassination to kill Lone, and by setting fire to Mirwaiz Umar’s 106-year-old school in Srinagar to virtually coincide with the killing of Ahmad.

The most recent reminder of the threat under which nationalist leaders live was the nearly successful attempt to kill Fazal Qureshi, the most respected member of Hurriyat’s executive committee, in 2009, six weeks after he formally announced Hurriyat’s support for the four-point agreement forged by Prime Minister Manmohan Singh and President Musharraf in Delhi at a conference organised by the Centre for Dialogue and Reconciliation in Srinagar, at which I was present.

A spokesman for a shadowy organisation calling itself the al-Nasireen group claimed that it had carried out the attack because Qureshi had been playing an important role in a dialogue with New Delhi initiated by home minister Chidambaram.

The threat to their lives from Pakistan is not the only hurdle that Kashmiri leaders have to cross before they can enter into a dialogue with New Delhi. Another is the impossibility of entering into a dialogue with Delhi without losing influence, credibility and reputation in Kashmir. This happens when they come repeatedly to Delhi, meet leaders of the Indian government and achieve nothing.

The damage to them is multiplied when Trojan horses in the Indian or Kashmir government leak news of meetings that were supposed to have been secret to the media. It is completed when their interlocutors like former R&AW chief A.S. Dulat have disclose that they have been paying some Hurriyat leaders to keep them in line. This has happened so many times that there is no Kashmiri leader left who can guarantee that Kashmiris will abide by any settlement they reach with Delhi. All that the intelligence agencies’ discrediting of Kashmiri leaders has achieved is make the new generation of Kashmiris look for other leaders to follow and other ikons to emulate.

This is the background against which Hurriyat’s summary rejection of talks with Sharma needs to be understood. While this was only to have been expected, the wording of its criticism of Modi’s rejection of Chidambaram’s autonomy proposal sends a different message. Its crucial sentence: “if the GOI rejects the demand of its co-political party for restoration of autonomy guaranteed in the Indian Constitution, (then)… how will (it) address, or engage with, the Kashmiri people’s political will and aspiration of self-determination” is notable for the absence of the traditional red rags – the UN, a plebiscite, Pakistan and independence. Apart from reminding Delhi that there is an international dimension to the search for a solution it leaves the way to it through self-determination open.

Given the history of killings and betrayals, it will be futile for the present, or any future, government in Delhi to think that any of the separatist leaders will enter into a dialogue that has no clearly defined goal, no agenda and no overt commitment from Delhi. The only way to revive political dialogue and end the rule of the gun in Kashmir is for Delhi to announce that it is committed to restoring full autonomy within the Indian constitution to the entire state, ask the people of Jammu, Kashmir and Ladakh to define its contents, and offer to hold a fresh election to choose representatives of the three regions, if they so desire.

Seventy years after the Instrument of Accession was signed, it is perfectly possible that substantial changes will need to be made in the relationship of the three parts of the state. But they should be left free to decide what these should be, and bring their proposals to Delhi for ratification preferably with, but if necessary without, the involvement of Pakistan. This will replace the doomed dialogue between Delhi and Kashmir with a dialogue between the people of Jammu and Kashmir, and will be Kashmiris’ first step towards the empowerment they have been seeking.