Contrary to Modi's Independence Day mention, only 159 households in UP's Nagla Fatela are electrified, all illegally. How did the PM get this wrong? 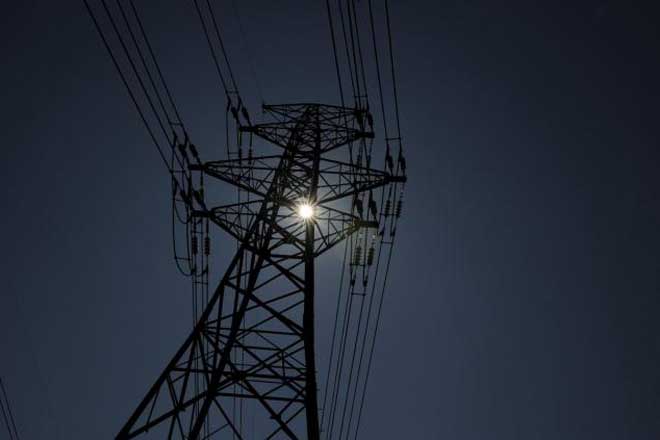 New Delhi: In his Independence Day speech on August 15, Prime Minister Narendra Modi made a special reference to a village in Uttar Pradesh’s Hathras district, Nagla Fatela. “It takes only three hours to reach Nagla Fatela (from Delhi),” he said. “But it took 70 years for electricity to reach there.”

Modi’s special mention came as a surprise to the residents of the village. More than two-thirds of the village’s households have no electricity – of the 600 households in the village, 450 have no power supply, The Indian Express reported. Even for the approximately 150 households that do have electricity, power supply comes from illegal katia connections from a transformer meant to run 22 tubewells. They pay Rs 395 for two months to the Dakshinanchal Vidyut Vitran Nigam Limited (DVVNL) for electricity, village pradhan Yogesh Kumar told The Indian Express.

Nagla Fatela is one of the 10,045 villages where power infrastructure was constructed under the prime minister’s rural electrification drive. “It’s true that the government made arrangements for electrification of our village under the Deen Dayal Upadhyay Gram Jyoti Yojana. We got poles, wires and meters but power supply remains a distant dream for us,” said Kumar.

The Prime Minister’s Office also shared images, supposedly of the village, where people were watching television. “These pictures are not of our village. The one with balloons seems to be of Nagla Sindhi, another village in Hathras which was electrified under a similar scheme,” Devendra Singh, former pradhan of Nagla Fatela, told The Indian Express.

“Electrification of said village was proposed by the UP government under 12th plan of Deen Dayal Upadhyay Gram Jyoti Yojana and the Detailed Project Report (DPR) was submitted through a state-level steering committee, headed by the chief secretary of the state on 13.11.2013. For this village, the DPR proposed connections to all households, including creation of infrastructure…”

When asked about this, V.S. Gangwar, chief engineer at DVVNL’s Aligarh division, told The Indian Express that “We did not send any such information about electrification of Nagla Fatela village to the central government.”

In a similar incident in April this year, union power minister Piyush Goyal claimed credit for the “fast pace” of electrification in Uttar Pradesh.

“When I took over as the power minister, UP lagged behind in the field of rural electrification… it was found that in 2012-13, only three new villages got electrified while in the next financial year not a single village got power. The Centre, especially the Rural Electrification Corporation Limited (REC), put pressure on the state government for taking up works…electrification reached 1,364 villages during 2014-15 and 2015-16,” The Indian Express quoted him as saying. He added that by 2019, every village in the state would be electrified, though the national target for complete electrification is 2022.

But the government’s notion of what is ‘electrified’, isn’t always to be trusted, as the case of Nagla Fatela has shown. Take the case of Haldu Khata, a village in Bijnor district of Uttar Pradesh. According to government lists, the village was electrified in the last year under Modi’s flagship electrification scheme. But according to a report in the Hindu, the government’s own field engineers admitted that there was no electricity infrastructure there. Such misclassifications are far from rarities, the Hindu report continued, citing examples from states across the country.

Some errors are glaring, the report found. Villages that were found to be unnelectrified by teams sent by the government were still classified as electrified in the government’s own app, ‘GARV’, meant to make electrification more transparent. A total of 342 such cases were found. When about this by The Hindu, the Ministry of Power responded: “We put a lot of emphasis on photos. If there is a pole and distribution line visible in the photos, we call it electrified.”

About 300 other villages had also been declared electrified without any verification from government representatives, based solely on responses from local power distribution companies, The Hindu report added. Statistics on the GARV app, then, are far from 100% reliable. But these continue to be the official numbers quoted by the power minister and the prime minister.

The government already has a rather broad definition of what an electrified village is. In addition to public buildings like schools, health centres and panchayat offices being electrified, a minimum of 10% of the households in the village should also have a connection. Basic infrastructure such as transformers and lines must be provided, also in the Dalit basti (if one exists). If even these simple requirements no longer need to be fulfilled, and all that is needed is a picture of an electricity pole or a message from a private distributor, the government’s fast-rising electrification numbers need to be seriously questioned.