The Chakravarthi Has Lost the People's Trust

Modi’s governance style is akin to warming oneself up with a fire that has been lit by inciting emotions about caste, religion and language that lay asleep in the community.

A character in the Kannada TV serial Silly Lalli called Lalithaamba, a social worker, would always open her mouth to say, “Trust me, trust me please”. After passing the Citizenship Amendment Act, our Prime Minister while addressing the shaken public, essentially tweeted, saying “Don’t get anxious. Trust me, I am your sevak.” Watching this felt like Narendra Modi’s words and Silly Lily’s social worker Lalithaamba’s words were falling into the same rhythm.

The irony is that, in recent times, people have probably not believed anyone like they have believed Narendra Modi. People have trusted him, insanely. Is it just one or two things that Modi has gotten the public to believe and that the people have believed?

He had said he would bring back black money hoarded abroad and would deposit Rs 15 lakh in every Indian’s bank account. People believed him. There may even be some who still believe and are waiting.

But today the situation is such that there is no guarantee even about the money that people already have in their own bank accounts. He also bragged and promised people that he would create crores of jobs annually. People believed him and brought him into power.

But with the employment situation today, forget about creating new jobs, the jobs that exist are themselves shrinking. In the past 45 years, the rate of unemployment has increased the most during the Modi regime. Similarly, saying he would double farmers’ incomes he has only doubled their distress.

Moreover, during the stressful time that was created after the note ban, Modi’s promise to the nation was: “I have only asked for 50 days. Give me time till December 30. After that, if any fault is found in my intentions or my actions, I am willing to suffer any punishment given by the country”

Also read: Why Modi ‘Retreated’ From the NRC and Why it Will Remain on the BJP’s Agenda

It has been nearly three years since Modi uttered these words. Even today, the disaster caused by the note ban is still burning across India. All of this is strongly reminiscent of Mahabharata’s Uttara’s macho posturing. One can’t figure out whether this is the fault of those who believe or the ones who make them believe. People have never trusted anyone else like they have trusted Modi and Modi has betrayed people’s trust in way that no one else has done before. I speak these words in pain.

Modi’s governance style is akin to warming oneself up at a fire that has been lit by inciting beliefs and emotions about caste, religion, language etc that lay asleep in the community. The most recent example of this is the Citizenship Amendment Act. Where will these take us? More economic collapse, more unemployment, more price rises, more mob lynchings that people indulge in, leading one to doubt whether a government is in existence or not.

The Modi government has failed at resolving the problems that are eating away the nation. He is inciting people’s beliefs and emotions so that they may forget the pain caused by these problems. This is like creating another pain to forget the first. But if you provoke beliefs and emotions and let them loose then they become demons baying for blood. This is what is happening today.

If through the CAA and NRC, India is made into a religion based nation it will be like rats and bandicoots burrowing through and eating up the very life of the constitution, disfiguring the very form of it. Karnataka Rajya Raitha Sangha’s President Badagalapura Nagendra’s words that “India should not become another Pakistan” is the alarm bell. 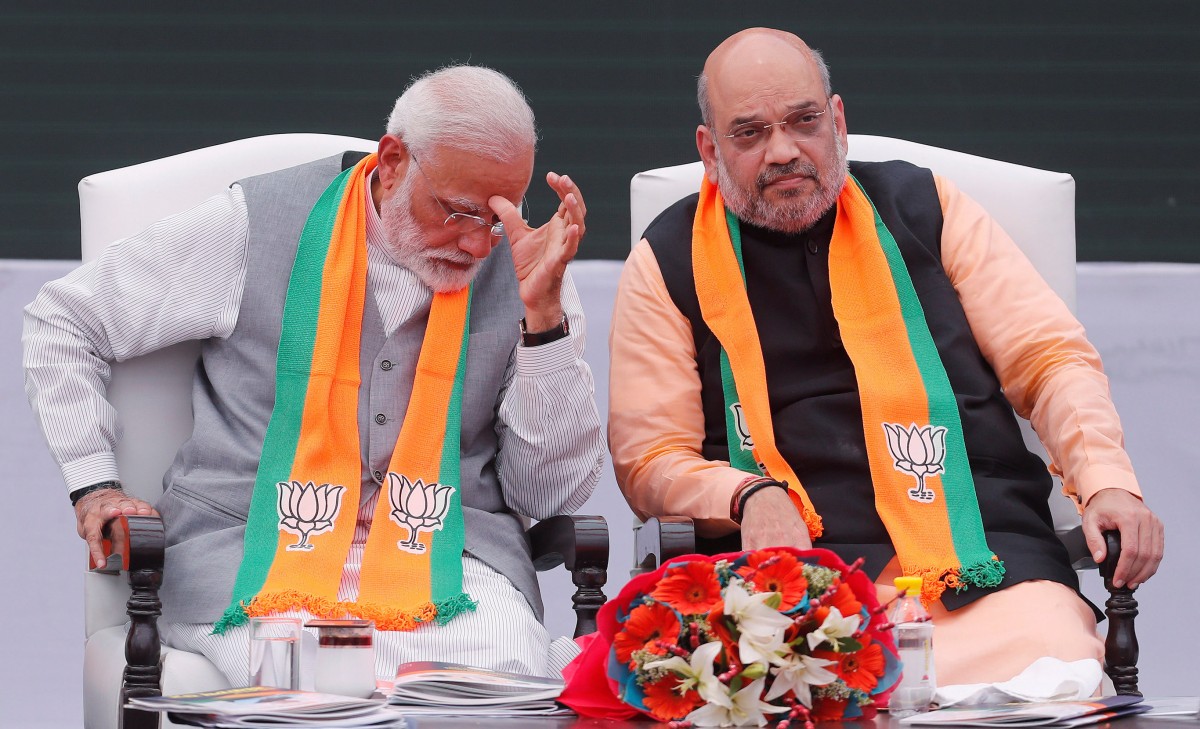 If the religion-based Pakistan becomes our ideal, India will lose its Indianness. The mindset of ‘my enemy is committing atrocities so I too will commit atrocities’ will drag people who think like that into ruin. The Modi-Shah gang, who have set out to make India a religion-based country modelled on Pakistan, are becoming the supreme bhakts of Pakistan without they themselves knowing it. Hence while incorporating models of different countries and different religions there should be some wisdom to it.

For example, however high an eagle flies its eye is always focused on the rotting garbage on land. But for a swan, even if one mixes milk and water, it will drink only the milk. This hamsa ksheera nyaya concept is the very character of Paramahamsa. He assimilated all the positives in Indian philosophies and set aside the contradictions.

Vivekananda too saw the good in Hinduism, Islam, Christianity etc. For example, wouldn’t brotherhood and hugging, that is inherent in Islam, be a medicine for the Chaturvarna Hindu dharma racked with the illness of untouchability and caste discrimination?

A chakravarthi should always have everyone’s trust even if his governance is viewed as the thuggish governance of palegars. Otherwise one would feel that it is the palegar sitting in the place of the chakravarthi. For instance, Giani Zail Singh, after becoming the president, conducted himself with the dignity that the position demanded.

Even H.D. Deve Gowda, whose politics in Karnataka was objectionable on several grounds, on becoming the Prime Minister, behaved in a way that was appropriate for his position. He made an attempt to untangle the problems in Punjab, Kashmir, North-east India by winning over the hearts of people.

I have several reservations about Manmohan Singh as well. But upon seeing the collapse of the Indian economy, he spoke with a lot of pain and not a Hitler-like roar. One should heed these softly spoken words. Similarly, the BJP’s Vajpayee who said “If India is not secular, then India is not India at all.” behaved like a chakravarthi, much like Deve Gowda.

So, a request from Modi-Shah: Don’t turn into eagles, do change into swans. The time is close at hand for the country to start a conversation, not just with students, people’s organisations and the opposition parties, but also with the innocent believers of the RSS, BJP and its allies.

Devanoora Mahadeva is a Kannada writer who has been conferred with the Padma Shri as well as the Sahitya Akademi award both of which he returned in protest against the growing intolerance in the country. A public intellectual and Dalit activist he has been a guiding force to various social movements in Karnataka and the country.

This article was first published in Kannada in Varthabharati on December 20, 2019. It has been translated into English by Rashmi Munikempanna.