Amid Signs of Modi Cabinet Expansion, Hope for Himanta, Jyotiraditya; Heartbreak for Madhav

This rumoured expansion and reshuffle could take place as early as August 6 or 7, according to sources. 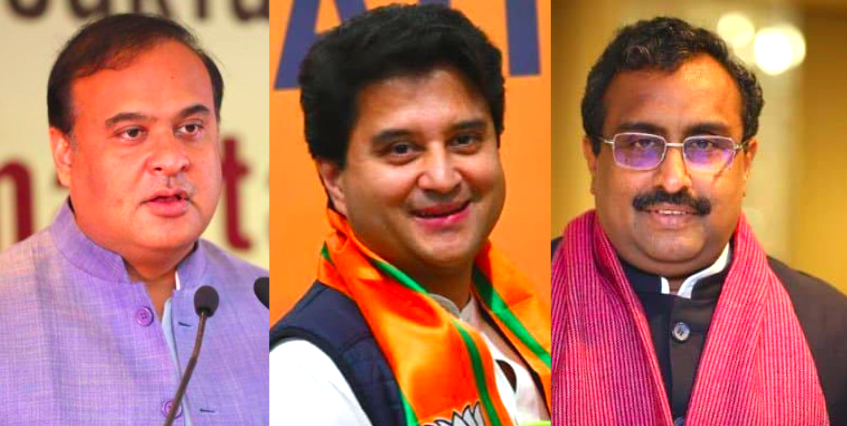 New Delhi: The political corridors in New Delhi are abuzz with rumours on the expansion of the year-old Narendra Modi cabinet in the first half of August.

According to sources in the party, “The expansion has been due for some time but had been postponed because of the coronavirus pandemic. It is most likely to be done soon after the bhoomi pujan of the Ram temple at Ayodhya, may be as soon as August 6 or 7.”

The sources claimed, “The auspicious month of Sawan will also begin from August 4, which makes the time ideal for an expansion. There will be some changes at the organisational level of the party too. While some may be sent back to the organisation, some are almost certain to be brought into the government.”

“Also, they are likely to be some names who are experts in certain fields,” the sources added.

Veteran RSS leader Krishna Gopal, who maintains the coordination of the Sangh with the party aside from B.L. Santosh, the BJP’s organisational secretary, had met Modi in June along with Sangh top gun Dattatreyya Hosabale and BJP national president J.P. Nadda.

That meeting, held soon after the Modi government completed a year, had also triggered speculation about a possible expansion and a reshuffle. Some BJP leaders, however, felt the meeting had “more to do with organisational restructuring than who to be included in the Modi government”.

“Cabinet expansion may happen but there is too much speculation on it. Nothing is certain. In several states, an organisational restructuring has to be done. We have done so in Delhi recently. You may soon see certain changes in regard to responsibilities of the national general secretaries too, That’s all I can say now,” one such party leader, who didn’t want to be named, said in Delhi.

While names of several probables for ministerial berths have already been doing the rounds in media supposedly based on lists readied by Nadda and the RSS, which have “already been submitted to the Prime Minister”, that of the freshly elected Rajya Sabha member from the BJP, Jyotiraditya Scindia, “is almost certain”, claimed the party sources to The Wire. Speculative media reports too have named Scindia as a “near certain” to be included in the expansion.

Apart from the Upper House nomination, a ministerial berth for Scindia in the Modi government is widely considered to be part of the ‘promise’ made to him by some national leaders of BJP to help pull the carpet from under the former Madhya Pradesh chief minister Kamal Nath’s feet. According to party insiders, the present BJP chief minister Shivraj Singh Chauhan also is in favour of keeping Scindia out of state politics.

The Wire tried to reach out to Scindia for a comment on the wide speculation made on his entry into the Modi government. A source close to the MP, however, said, “Not now, but he will respond (to it) later for sure.”

According to a July 10 report of the IANS, “A minister from Rajasthan may be dropped” in the new expansion and reshuffling of portfolios. Presently, the Modi government has three ministers from the desert state. While Gajendra Singh Shekhawat, who defeated Rajasthan chief minister Ashok Gehlot’s son from Jodhpur in the 2019 general elections, was sworn in as a cabinet minister, Kailash Chaudhary and Arjun Ram Meghwal were accommodated as ministers of state in May 2019.

While the Gehlot government has initiated a probe against Shekhawat in an alleged scam, a video purportedly of him trying to woo the rebel MLAs from the Congress to BJP have done the rounds too. Shekhawat has denied that it is his voice.

The agency report, aside from stating that the expansion is likely “in the second week of August” quoting BJP sources, also stated that party’s national general secretaries Bhupendra Yadav, Anil Jain and Anil Baluni “may become ministers from the organisation”.  It also said a ministerial berth may go to the NDA partner Janata Dal keeping in mind the Bihar polls later this year.

Amidst the speculation, a likely name from among the party national general secretaries who “may either be asked to return to Sangh or be given different organisational responsibilities is Ram Madhav”.

“It is almost certain that Ram Madhav will be removed from the responsibilities of the northeast,” a source close to the RSS claimed. Making use of his clout, a number of people associated with Madhav’s India Foundation were also made ‘advisor’ or ‘political advisor’ to various chief ministers in the north eastern states. Their salaries were paid by the government.

“The Sangh is not too happy with him for trying to make use of his organisational position to benefit his own organisation,” the source claimed. 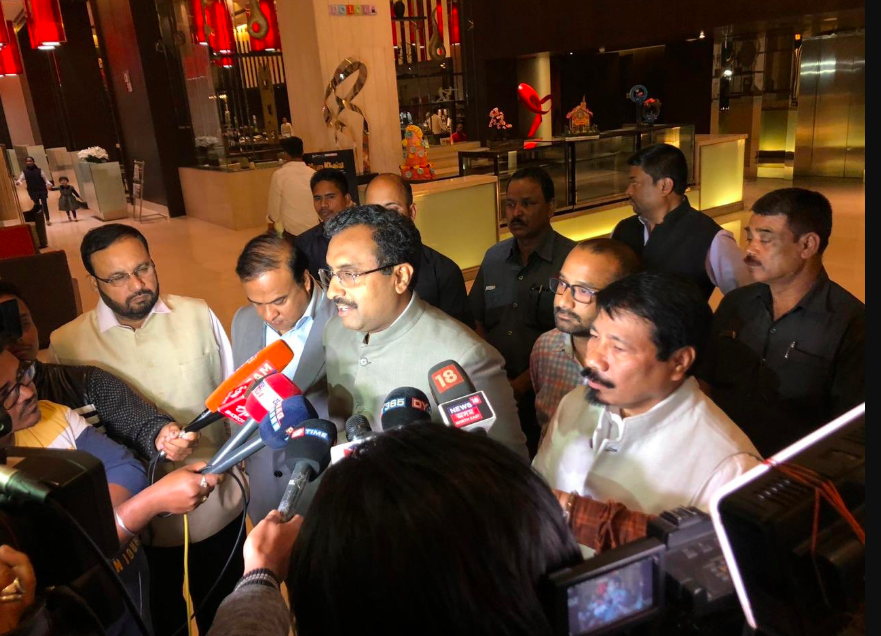 Ram Madhav, BJP national security in charge of Northeast speaking to reporters in Guwahati after the AGP-BJP alliance on March 12. Credit: Twitter

On July 31, Priyang Pandey, one such advisor to the Nagaland chief minister Neiphu Rio, put in his papers.

During the recent Rajya Sabha polls, some media reports said Ram Madhav was a likely candidate of the party for a Rajya Sabha seat from Uttar Pradesh but it turned out to be otherwise.

Meanwhile, sources in several BJP units in the northeastern states have claimed that two ministerial berths “in the likely expansion are to be from the region.”

“Not for nothing that the party pulled off all stops to help win its Rajya Sabha nominee from Manipur, Leishemba Sanajaoba. He is a strong contender,” a state BJP leader claimed.

Sanajaoba, who recently met BJP top leader Amit Shah in New Delhi, is also the titular king of Manipur. He belongs to the Meitei community, the largest in the state. The BJP leader claimed that the community has lately been “not too happy with the BJP and RSS for being seen getting close to the Nagas of the state.”

Several BJP leaders of the region claim that the other person to be picked by Modi “will be from Assam”.  Speculation is rife that it is none other than Himanta Biswa Sarma.

Though leaders in the state are not ready to officially speak about it, none of them refuted it when asked about it. “Sarma has been trying to go to Delhi for some time. There is nothing new in it. But the point is, the state is going to polls in early 2021 and it is not likely to be smooth sailing for the party because of the massive protest against the CAA. So we need him here too,” a senior Assam BJP unit leader said. Another source in the state party countered, “But he can still continue to be the convenor of the North East Democratic Alliance [NEDA]. How long will he wait?”

In the run up to the swearing in of the Modi government in May 2019, Sarma’s name did the rounds too along with National People’s Party leader Agatha Sangma.

Responding to a text message from The Wire late on Saturday evening, Himanta Biswa Sarma said, “I am very happy here in Assam. Till Assam election next year I will be here only.”

Note: This article was updated with Sarma’s response.