While BJP leaders are going all out to arrest the erosion of Patidar support in the state, they are unlikely to sway those members of the community who have resolved to desert the saffron party. 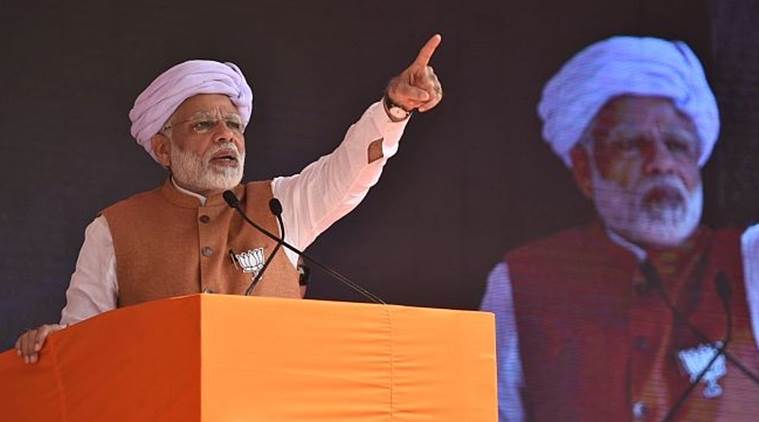 It’s a last-minute scramble for Patel votes and the BJP is going all out to prevent the erosion of the community’s support. Patels have hitherto been the most dependable for the saffron party. Leaving nothing to chance, Narendra Modi, in a bid to woo the Patels, made some absurd charges earlier this week while addressing public meetings in Saurashtra – the Patel heartland of Gujarat.

Accusing the Congress and the Nehru-Gandhi family of hating Gujarat and its people since the time of Sardar Patel, Modi alleged that the grand old party had ‘conspired’ to get rid of four Patel chief ministers in the past, including Keshubhai Patel. Modi alleged that a conspiracy was hatched in the Congress office to throw out this “Kathiawad no dikro (son of Kathiawad or Saurashtra)” after the earthquake of 2001. This, he said, was done by accusing Keshubhai of not being able to handle the post-quake rehabilitation. However, it is fairly well-known that Modi – posted in BJP headquarters in Delhi at the time – had worked for the replacement of Keshubhai on these very charges, and he had himself become the chief minister of Gujarat after Keshubhai left office. Keshubhai believed that Modi was instrumental in his ouster and in the last assembly election in 2012 had formed the Gujarat Parivartan Party to fight the BJP. Before that, Keshubhai had tried – rather unsuccessfully – to foment a Patel revolt in BJP for several years.

Even stranger was Modi’s assertion that Congress removed Chimanbhai Patel because he was proving to be his own man as chief minister. However, it is known that Chimanbhai had to step down as Gujarat’s chief minister after the massive student-led Navnirman movement in 1974 engulfed the entire state. In fact,  the prime minister’s website claims that as a young activist of the Akhil Bharatiya Vidyarthi Parishad, Modi himself joined the Navnirman Andolan and that this movement led to a significant broadening of his world view.

He also accused the Congress of being instrumental in the removal of Anandiben Patel as chief minister and alleged that they had “brought in money and men” and fanned Patel quota violence. “In fact, the Congress never allowed the Patel chief ministers to be in peace,” Modi asserted.

According to a political analyst: “Modi has the gift of the gab and is a powerful speaker but I don’t think whether these charges will convince those Patels who have decided to desert the BJP. But can’t say anything about fence sitters.” Ground reports suggest that peasants’ anger in Saurashtra is at the highest in Patel-dominated Amreli. The farmers are unhappy with the government for not giving reasonable prices for procurement of cotton, sesame and groundnut. They are also upset about not getting 24-hour power supply and for the high premium they have to pay for crop insurance. The government is making partial payments, or in some cases none at all, against insurance after crop failure, these peasants allege. Apparently, during the 2014 elections, Modi had made promises to the peasants to take care of these problems. But these promises were never kept, the peasants say, and hence the anger.

Modi is not alone in trying to save Patel votes. Most of the BJP campaigners including central ministers who are seeking votes are holding the sceptre of the Kshatriya, Harijan, Adivasi and Muslim (KHAM) combination that was conjured in the 1980s by the Congress. This KHAM combination led to the marginalisation of the Patels from the power structure and had driven them to the arms of the BJP. The saffron campaigners are harping on about how the Congress’s strategy this time is to fight the elections on a ‘caste’ angle aimed at bringing back the KHAM formula, to ensure the exclusion of Patels. Thus implying that it would be wise for Patels to vote for BJP.

Adding ammunition to this line of thinking, law minister Ravi Shankar Prasad is also campaigning that the Congress promise of reservations for Patels is false and misleading. This because the Supreme Court has fixed the upper limit of reservation at 50%, thus making it impossible to give reservations to the Patel without breaching this upper limit. After prolonged talks, Hardik Patel agreed to support the Congress last week after the party promised reservation for Patels and showed him a formula through which this could be made possible.

Also read: Gujarat Polls Not About Caste Dynamics, But People’s Struggle Against the BJP: Alpesh Thakor

In Surat, where Patels from Saurashtra are present in huge numbers in the diamond industry both as workers (who polish diamonds) and owners of polishing units, the BJP is resorting to a smart trick. The nature of the diamond industry is such that there are close ties between the owners and workers – a bond fostered by their caste and also the region that they hail from. On the ground, sources suggest that the BJP has now launched massive efforts to convince the owners of the units to stand by the saffron party and also in turn prevail upon their workers to do the same. At the same time, to beat the anti-incumbency effect, the BJP changed their candidates in three Patel-dominated seats in Surat, denying berths to sitting MLAs. These sitting Patel MLAs had earned the ire of their community members in 2015. Whether the strategy will work or not in Surat remains to be seen, but the Patidar Anamat Andolan Samiti (PAAS) spawned by Hardik is active in trying to rein in the BJP. This week, Union minister of state Parshottam Rupala – a Patel from Saurashtra – had to be accompanied by a huge police cover for campaign in Patel-dominated areas of Surat due to fears of disruption by PAAS activists. In fact, he became the first BJP leader to go into the area to address a public meeting.

“In this election, the Patel votes might be the decider. Thus there is a mad scramble for their votes. This is the reason why Narendra Modi, Rahul Gandhi and Hardik Patel are campaigning in Saurashtra at the same time,” points out an analyst. The Patels comprise 15% of the electorate but have played a major part bringing the BJP to power since 1995. “The older settled middle and upper class Patel in cities are still for the BJP but the younger Patel are restive. I think that those below 35 might not vote for the BJP,” according to the editor of a daily. “The BJP has not done anything great for the last five years but I think they deserve a last chance,” says 50-year-old Surendra Patel, a manager in a large corporate. Making his choice clear he says: “The Congress is not really an alternative in Gujarat with no convincing local leaders. One Rahul Gandhi can’t make a difference. ” However, Patel traders agree that the Goods and Services Tax has greatly affected their business but perhaps, influenced by the BJP domination in the cities, they may still go with the party.