"After the attack, many frightened families have locked their houses and left for safer places fearing further attacks." 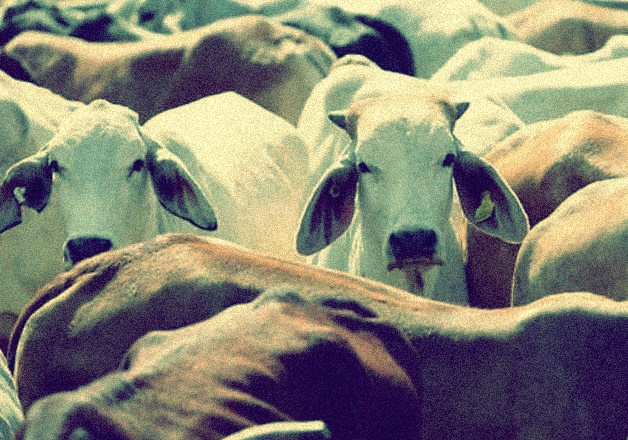 New Delhi: A mob reportedly attacked a village in Bulandshahr, Uttar Pradesh, after a cow carcass was found floating in a local pond on Friday morning.

“Hundreds of men,” Times of India quoted villagers in Adauli as saying, “”attacked every soul they spotted and vandalised scores of houses”. According to the newspaper, houses and religious structures of a “certain community” were targeted. “Many houses were looted, and two of our religious structures vandalised. After the attack, many frightened families have locked their houses and left for safer places fearing further attacks,” a villager told Times of India.

According to a report in the Hindi daily Patrika, the mob consisted of members of the Hindu Yuva Vahini, a Hindutva group formerly led by UP chief minister Adityanath. The newspaper has also posted a video of the incident, after the police arrived at the scene:

SP (city) Praveen Ranjan told Times of India, “A PAC battalion was deployed at the village along with forces from seven police stations. Strong action will be taken against perpetrators of the violence. We have just received a police complaint on the basis of which an FIR will be lodged. No one is going to be spared. So far, the situation is under control.”

The cow was sent for a post mortem and then buried, added SP (rural) Pradeep Kumar Tiwari.

According to Jansatta, though the police was able to calm the situation down and also took some people away for questioning, after they left violence resumed and stones were pelted at some villagers.

“Like everyday, I was going about my daily routine when suddenly a large crowd began running in my direction, some of whom started thrashing me and even threw away the vegetables on my cart into the drain,” Aabad Ali, a vegetable vendor, told Times of India. “There were many who were beaten up.”