Contesting as an independent candidate from Kurhani assembly constituency, Sahni has done a lot to help labourers educate themselves about the scheme and gain employment.

Muzaffarpur/Patna: At a time when caste, religion, money and muscle power reign supreme in electoral politics, one candidate is contesting the Bihar assembly elections for very different reasons. A resident of Ratnauli village, 15 km from Muzaffarpur district, 33-year-old Sanjay Sahni entered the fray this poll season from Kurhani assembly constituency as an independent.

Like millions of workers from Bihar, Sahni migrated to Delhi to look for work. He later started working under the Mahatma Gandhi National Rural Employment Guarantee Act (MGNREGA).

Sahni, who only studied till Class 7, is well known in his village and the surrounding areas because of his efforts in creating awareness about MGNREGA. After spending years in Delhi, Sahni returned to his village and became a MGNREGA activist. But the transition from a labourer to an activist was not smooth.

When this reporter met Sahni in Muzaffarpur on October 25, he was busy getting pamphlets printed. Allotted the almirah as his election symbol, he had spent the the entire day at the printing shop. “If I don’t get these printed myself, it’ll take much longer,” he said.

Speaking to The Wire about how he wound up contesting the polls, Sahni said that after he went to Delhi as a labourer, he trained as an electrician and set up a stall in Janakpuri.

During a visit to his village in 2012, he learnt about MGNREGA from locals who told him that officials had come to the village, asked for their personal and bank details, and took their thumb prints in the name of MGNREGA – but that they had no idea what it was for.

Sahni found this strange and wanted to learn more. He returned to Delhi and on a day when he had no customers, he went to a cyber cafe in front of his shop and searched for ‘Bihar MGNREGA’.

“I found a list on the internet displaying the names of people of my village who have received money under MGNREGA. I took a print out and returned to the village two days later. I met the people whose names had been included and asked them if they had received the amount as stated. But they were completely in the dark about it,” he said.

“In fact, people accused me of fooling them,” Sahni added. “They thought that I was trying to cheat them by showing fake documents. They chased me away, and called me a fraud.”

Sahni returned to Delhi, and once again turned to the internet. he typed the keywords ‘MGNREGA contact’ and came across the phone numbers of RTI activist Nikhil Dey, Belgian-born Indian economist Jean Drèze, one of the principal architects of MGNREGA, and several others. He spoke to them on the phone and informed them about the scam taking place in his village. Their promise to help him boosted his morale and Sahni returned to the village with the determination to create awareness.

“It was not an easy task,” Sanjay adds. “They thought that I was merely an electrician, and didn’t know anything about MGNREGA. They paid no heed to what I said. But I kept visiting – from the block officer to the village head and the sarpanch as well as the common people.”

“Meanwhile, I got 10-15 labourers employed under MGNREGA. When they started working, others became curious and wanted to join too. I demanded work for them and submitted their forms. In this way, 400 people in my own panchayat area became employed under MGNREGA within a month,” Sahni told The Wire.

Bollywood actor Aamir Khan had also invited Sanjay Sahni on his show Satyamev Jayate in an episode on corruption in government projects and schemes.

The effects of Sahni’s efforts are visible on the ground. His organisation Samaj Pragati Shakti Sangathan is active in Vaishali in addition to the 39 panchayat areas of Kurhani assembly constituency. The organisation works towards ensuring employment to MGNREGA labourers and strives to provide them timely pay-outs. 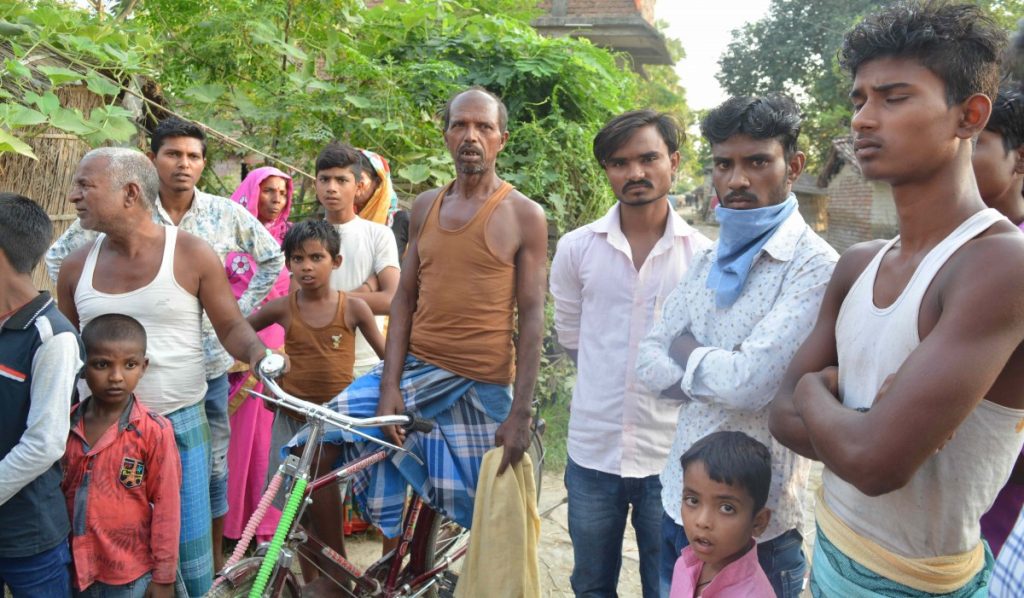 A resident of Ratnauli’s Maniyari village, 55-year-old Mandeshwari Devi is illiterate but she knows who to approach regarding MGNREGA work and the process of submitting the application. She is also aware that the payment must be made within 15 days of finishing the work.

“Sanjay ji informed us how to get work under MGNREGA,” she told The Wire. Pointing towards the road that passes through her village, she said, “This pucca road has been constructed under MGNREGA last year, that too when we struggled for it.”

Ramlal Sahni, another resident, said that it is due to Sahni’s efforts that he was employed for 100 days and that he wants Sahni to win the seat.

Sahni is a MGNREGA labourer himself. When there is no work, he works as an electrician. However, his family’s finances are unstable. A friend is bearing the education expenses of his two children, and Sahni has turned to crowdfunding in order to contest the elections.

For the past one week, Jean Drèze has been in Ratnauli to actively campaign for Sahni and has been going around the constituency. There is also a team of local youths, working out of a small hut, who are managing Sahni’s campaign on social media and coordinating at the panchayat level.

We met Drèze at a village, where he had arrived for one such campaign. When asked why he has extended his support to Sahni and travelled all the way to Ratnauli from Jharkhand, he said, “The sole purpose of MGNREGA is to provide employment to the people and enable them to earn a livelihood. It has been implemented in other areas as well. But here (at Kurhani), it is happening more. The second aspect is that the process which they have adopted is a model for us of how an electoral democracy should function. They are not luring people with money. Instead, they are reaching out to people and creating awareness despite problems emerging out of floods, and the Covid-19 lockdown. It is highly rewarding which is why I am here. Wherever I go, I see people across communities extend support to him.”

But why did a MGNREGA worker suddenly think of contesting the elections?

“We have been struggling for MGNREGA, but hurdles were constantly being put in our way. The government was not allowing us to even struggle. All the labourers together decided that if we have to cast our votes, why not choose someone from among us. Honouring the wish of my fellow labourers, I decided to contest,” he said.

Sahni is not luring the electorate with false promises, he said, but only assuring them that if he wins, getting employment under MGNREGA would become easier. He has promised to get maximum work allotted under MGNREGA. In addition, he has also assured voters that he would arrange for better education facilities and opportunities.

“If I am elected as the MLA, I will set up work at the block office itself so that no labourers seeking employment under MGNREGA would return empty handed,” Sahni said.

In previous assembly elections, BJP leader Kedar Gupta has won from Kurhani assembly constituency. The BJP has fielded him again this time, while RJD has given the ticket to Anil Sahni. Voting in the constituency will take place on November 7.

Though the caste equation may not be favourable to Sahni as a candidate, the support of the working classes could increase his chances of winning. Whatever the poll outcome may be, the fact that a MGNREGA labourer entered the fray does signals hope for the future of electoral politics in India.