After Announcing Dates, Mehbooba Mufti in a Fix Over Holding Panchayat Polls in J&K

With the opposition pushing for a deferment and the ruling PDP a divided house, all eyes are on the cabinet meeting this week. 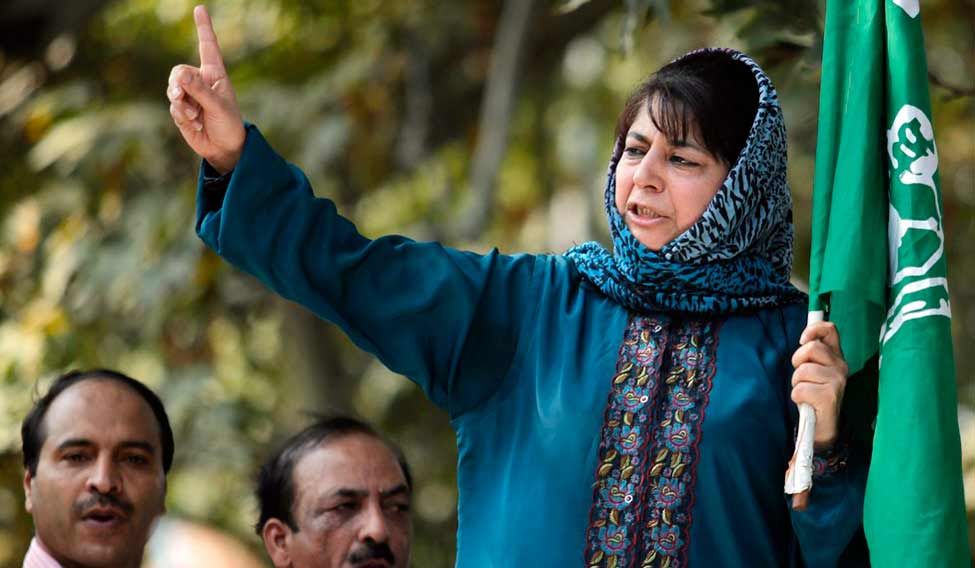 Srinagar: The Mehbooba Mufti government is in a tight spot after a majority of political parties, including the ruling People’s Democratic Party, have sought a deferment of the panchayat elections in Jammu and Kashmir, scheduled to be held from February 15, citing the “fragile law and order situation” in the Valley, even as the Union home ministry and Raj Bhawan are keen on pushing for early elections.

On December 26 last year, the J&K government made a sudden announcement to conduct elections to constitute defunct panchayats following a meeting between the chief minister and governor N.N. Vohra, in Jammu. The polls have been pending since July 2016.

But after a two-hour-long all-party meeting on Sunday, chaired by the chief minister, not only the opposition parties but even the ruling PDP expressed reservations about the timing of the polls. PDP’s alliance partner Bharatiya Janata Party (BJP), and the Democratic Party Nationalist (DNP) headed by G.H. Mir, were the only two parties that voted in favour of holding the polls at the scheduled time.

“Nobody is against elections, but a majority of leaders who attended the meeting suggested that the exercise should be deferred,” J&K’s rural development minister Abdul Haq Khan told The Wire.

A senior minister said the state cabinet would now take a final call on the matter.

‘A decision in hurry’

During the Sunday meeting, most of the opposition parties slammed the PDP-BJP alliance for announcing poll dates unilaterally without assessing the ground situation, particularly in the Valley.

“We need to understand whether the time is right to go ahead with this (election) decision. There is no end to civilian killings, the latest being the Shopian tragedy. During the past few weeks, the situation has worsened in south Kashmir. Will people participate in the election in such a scenario? Who will ensure the security of contesting candidates amid threats from militants? We expressed our apprehensions to the chief minister during the meeting,” said National Conference general secretary Ali Muhammad Sagar, who led a three-member delegation to the meeting.

“The ball is now in the government’s court and we are hopeful it will take the right decision after having heard all viewpoints,” he added. 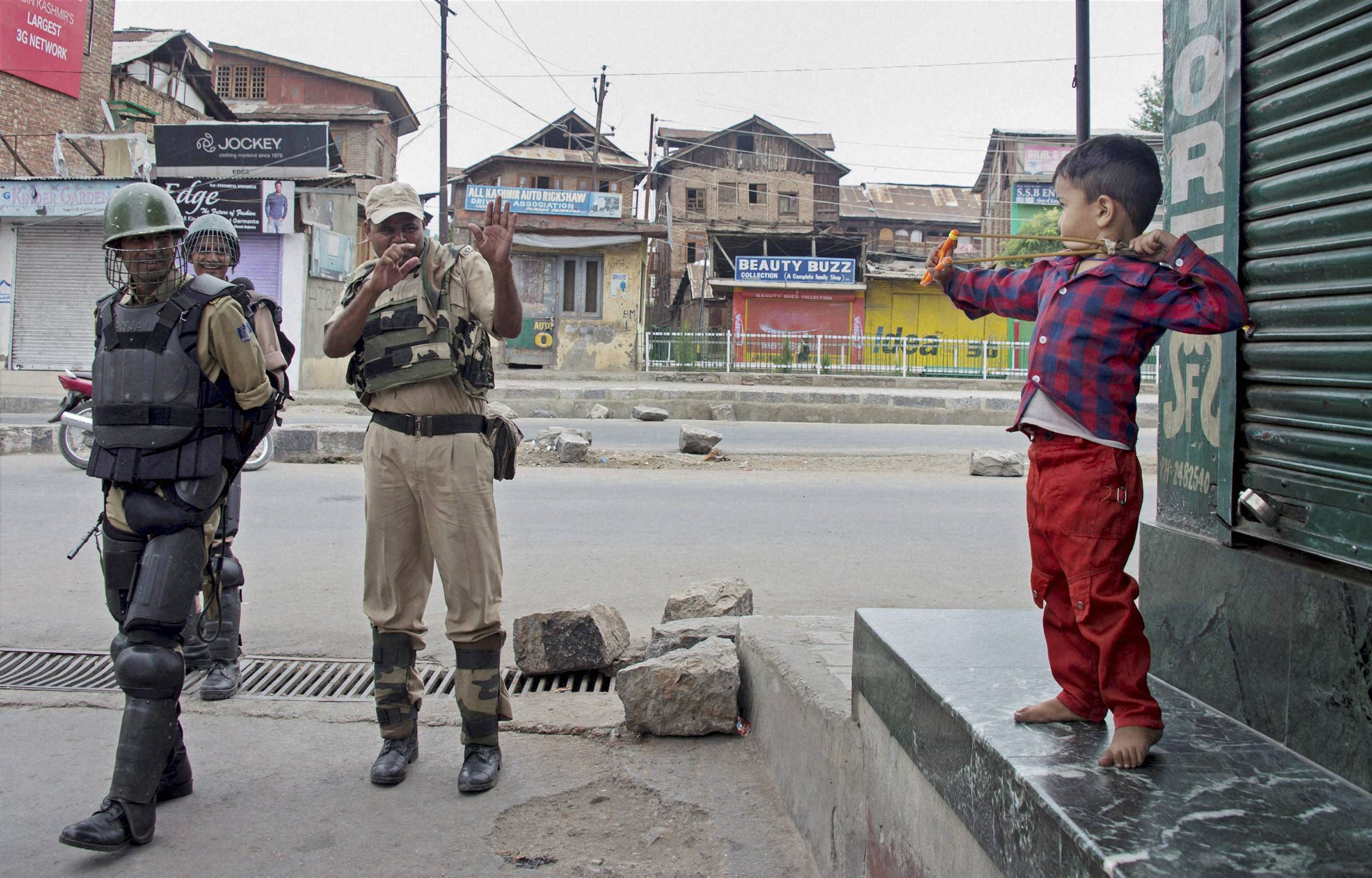 Though more than a month has passed since the election dates were announced, the Valley hasn’t witnessed any poll-related activity. The political parties are struggling to regain ground lost during the 2016 summer unrest, during which more than 90 civilians were killed and hundreds blinded due to the use of pellet guns by the J&K police and CRPF. More than half of these killings and blindings occurred in south Kashmir, which was the epicentre of the protests.

In the latest incident of violence, on Tuesday, two J&K police personnel were killed by a jailed Lashkar militant who escaped from a hospital in Srinagar.

Expressing reservations on the timing of the elections, Communist Party of India (Marxist) leader M.Y. Tarigami said the need of the hour was to first regain people’s confidence and then take the next step to strengthen democratic institutions. “That the chief minister called the meeting is in itself proof of the skepticism prevailing within the government about the situation in the Valley,” said Tarigami, who also attended the meeting.

The Congress, however, put the onus on the government. “We weren’t consulted when government took the decision (about elections). Let it now take the call whether situation is feasible or not,” party vice-president G.N. Moonga said.

Smaller parties like the Peoples Democratic Front, Engineer Rashid-headed Awami Etihaad Party and even an independent MLA from Jammu, Pawan Gupta, demanded that the elections be postponed. The People’s Conference led by Sajjad Lone, who got a ministerial seat in the cabinet using the BJP’s quota, is also against holding elections.

During Sunday’s meeting, the BJP, however, pushed for early polls conducted in a phased manner. Their demand was supported by Mir, who was expelled by the PDP in 2008 for indulging in anti-party activities and went on to form his own party.

The PDP, however, seems to be divided on the issue. Three senior party ministers who spoke to The Wire said they were personally in favour of the polls. “If we delay it further, then we can only think of holding the exercise towards end of the year or beginning of next year,” said one of the ministers.

But the party’s newly-appointed chief spokesperson Rafi Mir pitched for a deferment in Sunday’s meeting. “The elections need to be conducted in a ‘better’ atmosphere and the priority should be to provide relief to people,” he told the meeting.

That almost all parties cited the Kashmir situation to seek a deferment of polls is an admission on their part that the situation is far from normal even from their prism.

During the past year, more than 200 militants have been killed across the Valley by security forces. At the same time, there has been a steep fall in stone-pelting incidents and street protests. And that is where the government might have seen an opportunity to try and push mainstream politics to the forefront once again in Kashmir.

Also, the delay in the constitution of panchayats has cost the state financially, as it hasn’t been able to avail close to Rs 3,000 crore as assistance from the Centre under the panchayati raj system during past two years.

“We have seen tough times in the Valley in the recent past. It is worth losing another Rs 1,500-2,000 crore and deferring the elections for some more time,” a senior bureaucrat said, adding that the government should have held elections towards the end of last year. 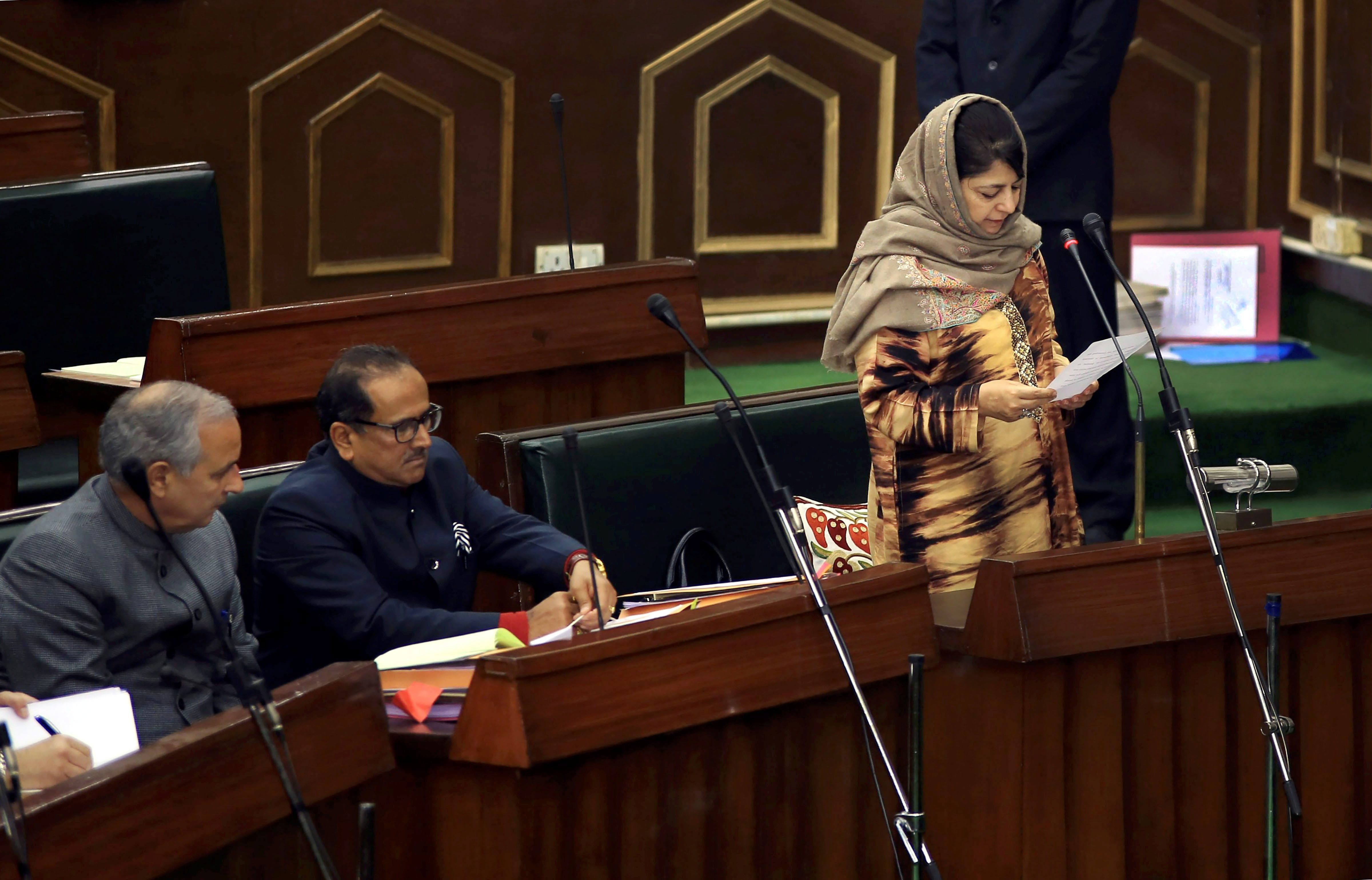 “Taking the risk when we are beginning a new tourist season in the Valley is not advisable. A single violent incident can push the region into another cycle of unrest and we may end up losing another year,” he argued.

The Hurriyat leaders, led by Syed Ali Shah Geelani, have already asked the people to boycott elections, while militant organisation Hizbul Mujahideen has purportedly threatened to “pour acid” into the eyes of those who participate in the exercise.

In fact, many in the Valley are questioning the government’s decision. “The prevailing scenario in the Valley is hardly conducive for the polls. There have been fresh killings in south Kashmir (Shopian). This (polls) could trigger large scale violence,” said senior journalist Naseer A. Ganai.

The J&K police will face a huge challenge in ensuring the security of each candidate. “We are fully aware about the militant threat. But we can’t provide security cover to each contesting candidate,” said a senior police official of the rank of deputy inspector general of police. He said the J&K police has conveyed its viewpoint to the government.

But the Union home ministry and Raj Bhavan are keen to have panchayats in place in J&K at the earliest. It was their push that led to the chief minister announcing the polls last month.

Prior to the all-party meeting, the chief minister, along with her chief secretary, the state police chief and the home secretary, flew to New Delhi to discuss the elections with the central leadership.

Though the outcome of the meeting isn’t known, a senior minister said the government did discuss the option of postponing the polls. But he argued there was a counter-argument being put forth, that calling off the elections would “strengthen the separatists’ narrative” in the Valley. “We have seen how this narrative played out when the election to the central Kashmir seat (Srinagar-Budgam Lok Sabha constituency) was marred by violence and then Anantnag bypolls were postponed,” said the minister.

With the state cabinet set to meet later this week, it remains to be seen if the government goes with the majority parties’ view or decides to bite the bullet and stick to its decision, fraught with huge risks.