The Aam Aadmi Party has won the 2022 Delhi municipal corporation elections, having already been declared the winner in 134 seats. 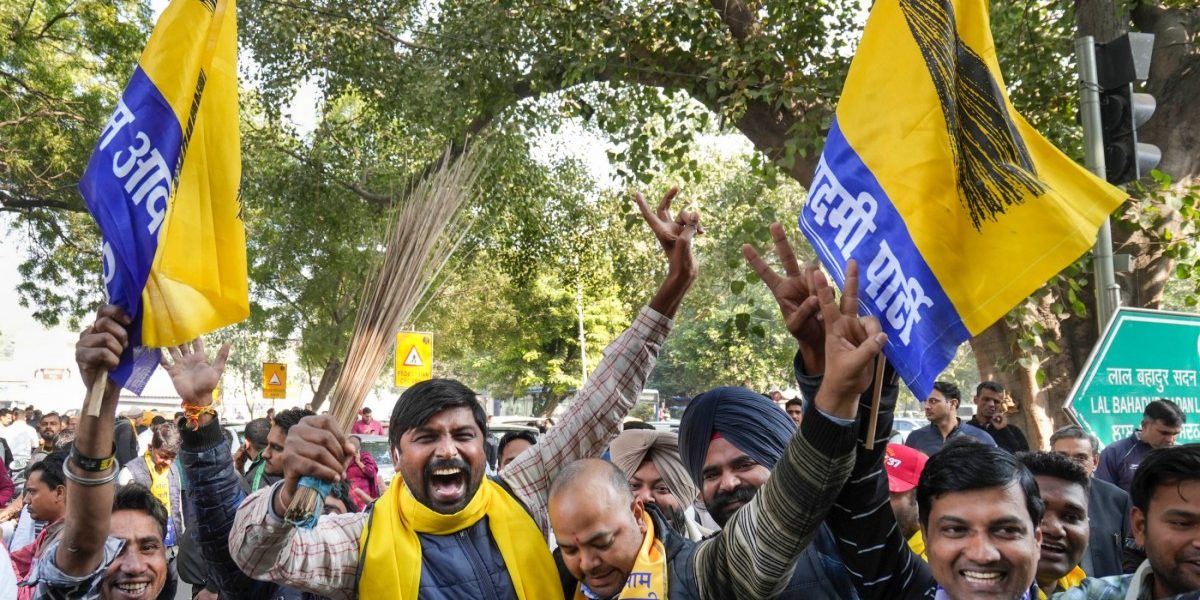 New Delhi: The Aam Aadmi Party has won the 2022 Delhi municipal corporation elections, having already been declared the winner in 134 seats. The Bharatiya Janata Party too has performed well, winning 104 seats. The Congress, however, has failed to return as as a force to reckon with in the city. It has won only nine seats, according to the State Election Commission.

Sultana Abad of the AAP won the Jama Masjid ward, while the party’s Sarika Chaudhary defeated Congress’ Farhad Suri by a margin of 244 votes in the Daryaganj seat.

The BJP’s Alka Raghav emerged victorious in Laxmi Nagar by a margin of 3,819 votes, while the party’s Rohini D candidate Smita also registered a win.

The AAP’s Ankush Narang has won from the Ranjeet Nagar seat.

The high-stakes election to the 250 wards of the Municipal Corporation of Delhi (MCD) was held on December 4, sealing the electoral fate of 1,349 candidates in voting machines. A voter turnout of 50.48% was registered in the elections.

The counting of votes began at 8 am amid tight security, officials said.

Authorities here on Tuesday had said that they were all geared up for the counting, with 42 centres being set up for the exercise.

The results of this election, largely touted as a three-cornered contest among a spirited AAP, a confident BJP and a hopeful Congress, may have ramifications beyond the national capital.

Both the AAP and the BJP have exuded confidence that they will emerge victorious in the polls, as the Congress seeks to regain lost turf.

Most exit polls have, however, predicted a huge win for the AAP over the BJP with the Congress being a distant third.

While the AAP had fielded 138 women candidates, the BJP and the Congress had nominated 136 and 129, respectively.

The AAP had said its work in the Delhi state government will pay off, and voters will want to continue under its stewardship. The BJP, however, hopes to retain control of the MCD and got several high-profile leaders involved in its campaign.

Tight security arrangements have been made at all the centres with 20 companies of Central Armed Police Forces and more than 10,000 police personnel deployed for the day at the centres, police officials said on Tuesday.

In the 2017 civic election, the BJP had won 181 of the 270 wards. Polling could not be held on two seats due to the death of candidates. The AAP had won 48 wards and the Congress 27. The voting percentage that year was around 53.

According to data shared by the State Election Commission on Monday, 51.03% of the male voters exercised their franchise while 49.83% of female electorate voted in the crucial civic polls.

Authorities had set up 13,638 polling stations across Delhi for the exercise.

Barring a few stray incidents of MCC (model code of conduct) violations and “a couple of other scattered incidents of impersonation”, the polling remained peaceful and no untoward incident of any kind was reported from anywhere, the poll panel said in a statement on Sunday night.

This was the first civic election after the reunification of the civic bodies and a fresh delimitation exercise.

There were 272 wards in Delhi and three corporations – NDMC, SDMC and EDMC – from 2012-2022, before being reunified into an MCD that had formally come into existence on May 22.

The erstwhile MCD, established in 1958, was trifurcated in 2012 during Sheila Dikshit’s tenure as the chief minister.