A Congress leader from Mangaluru, Alva is a former Union minister and governor. Alva (80) would file her nomination papers on Tuesday, July 19 which is the last date for filing nominations for the August 6 election. She is from Mangaluru, Karnataka and has a law degree. She was a member of both houses of parliament and was the governor of four states.

The NDA has fielded West Bengal governor Jagdeep Dhankar as its candidate for the post.

The decision to field Alva was taken at a meeting of opposition leaders of 17 parties at the residence of Nationalist Congress Party (NCP) supremo Sharad Pawar.

“We have unanimously decided to field Margaret Alva as our joint candidate for the post of vice president,” Pawar announced after the two-hour meeting. “Our collective thinking is Alva will file VP nomination on Tuesday,” he added.

He said a total of 17 parties have unanimously taken the decision to field her and with the support of Trinamool Congress and Aam Aadmi Party, she will be the joint candidate of a total of 19 parties.

“We are trying to contact Mamata Banerjee and Arvind Kejriwal. Last time they supported our joint presidential candidate,” he said, adding that the Jharkhand Mukti Morcha (JMM) is also with the opposition parties in this election.

Shiv Sena’s Sanjay Raut said, “We are all together in this election”. 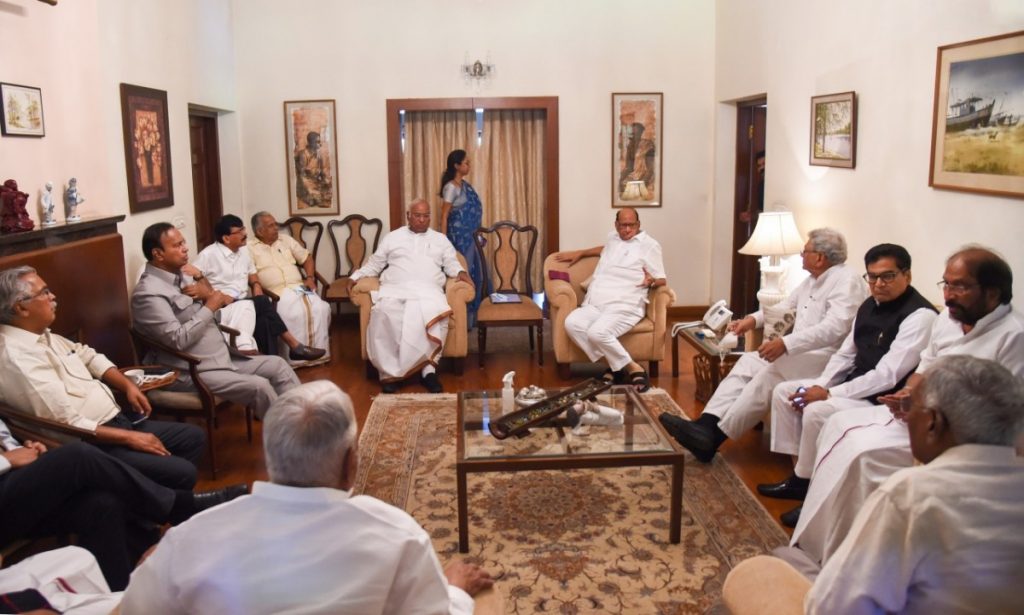 Alva was a four-time Rajya Sabha member, elected from the Congress in 1974, 1980, 1986 and 1992. During this time, she was the Rajya Sabha vice-chairman and also served as Union minister of parliamentary affairs, youth and sports and women and child development and human resource development.

She was elected to the Lok Sabha from the Uttara Kannada constituency in 1999.

The numbers in the electoral college are firmly stacked in favour of the ruling NDA combine.

For the presidential election, the opposition camp had announced its nominee Yashwant Sinha before the NDA announced its candidate. After Droupadi Murmu was announced as the NDA candidate, several non-BJP parties – including even Congress allies Shiv Sena and the JMM – veered towards Murmu, citing her Scheduled Tribe identity. This time, the like-minded parties wanted to wait for the announcement of the NDA candidate.

The last date for filing the nominations for the VP election is July 19. The vice president will take over in the event that the president resigns and also chairs the Rajya Sabha proceedings.

The election for the president will take place on Monday, July 18.