'The flip side to relentless misuse of agencies against political rivals is that even legitimate, rightful actions of agencies come under a cloud of suspicion.' 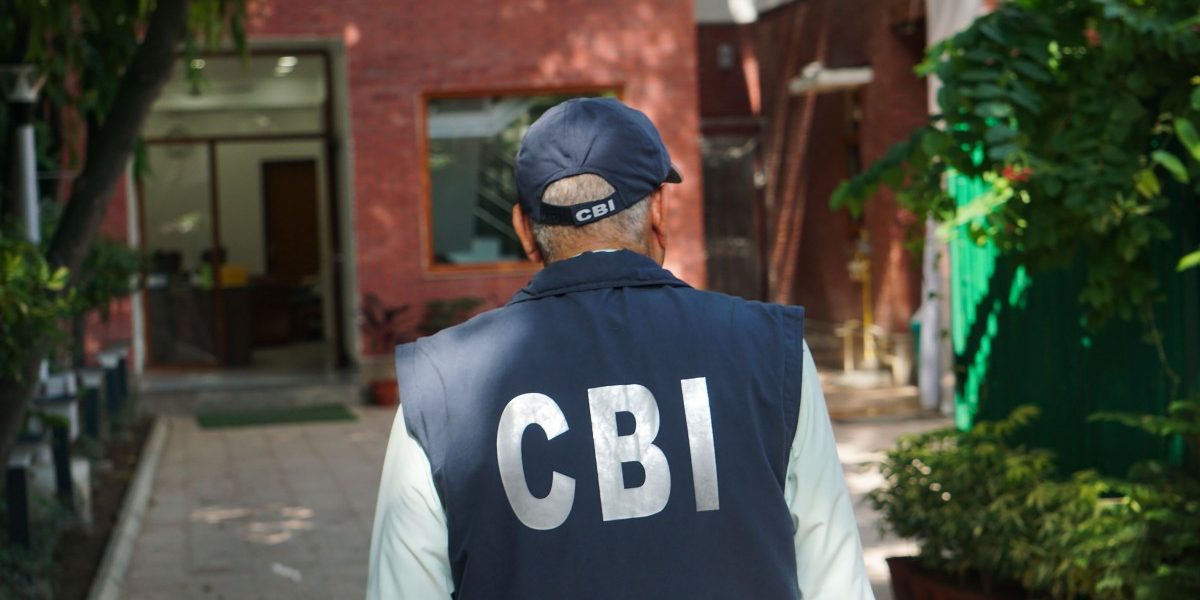 A Central Bureau of Investigation (CBI) official during a raid at the residence of Delhi Deputy Chief Minister Manish Sisodia in connection with alleged irregularities in Delhi Excise Policy, in New Delhi, Friday, Aug. 19, 2022. Photo: PTI

New Delhi: Soon after the Central Bureau of Investigation conducted raids at the residence of Delhi deputy chief minister Manish Sisodia, politicians belonging to opposition parties like Sisodia’s Aam Aadmi Party and Congress lashed out against the Bharatiya Janata Party rule at the Union.

Along with Sisodia’s house, the CBI raided IAS officer Arava Gopi Krishna’s property and 19 other locations after registering an FIR in connection with Delhi excise policy case.

Delhi chief minister Arvind Kejriwal said the CBI raid at his junior colleague’s house was the result of the AAP government’s good performance – which is appreciated globally.

He said there have been CBI raids before and nothing will come out of such an exercise this time as well.

“The day Delhi’s Education model was appreciated and Manish Sisodia’s photo appeared on the front page of America’s biggest newspaper NYT, the Centre sent CBI at the residence of Manish,” he wrote.

“CBI is welcome. Will extend full cooperation. Earlier also there were raid and probe. Nothing came out. Nothing will come out now also,” Kejriwal tweeted.

Sisodia himself tweeted that action like these are why India “could not become number one.”

In a series of posts on Twitter, he said they will extend full cooperation in the probe so the truth emerges soon.

“Till now, there have been many cases against me but nothing came out. Nothing will come out in this also. My work for good education in this country cannot be stopped,” he asserted.

Sisodia alleged that people were troubled by the excellent work being done in Delhi in the sectors of education and health. That’s why, he said, Delhi’s education and health ministers had been caught a reference to himself and AAP minister Satyendar Jain.

Jain, the party in-charge for the Himachal polls, was arrested on May 30 by the Enforcement Directorate under provisions of the Prevention of Money Laundering Act (PMLA) and is at present in judicial custody.

“There are false allegations against us and the truth will emerge in court,” he added.

Earlier this year, Assam chief minister Himanta Biswa Sarma and his wife Riniki Bhuyan Sarma had filed two separate Rs 100-crore defamation cases against Sisodia for remarks against the two, alleging corruption. Sisodia’s remarks had been in reaction to an investigation done by The Wire jointly with Guwahati-based news portal The Crosscurrent into orders placed by the Sarma government for masks and other COVID-19 equipment.

“I won’t be broken by your conspiracies. I have made these schools for lakhs of children of Delhi. The smiles we brought in the lives of lakhs of children is my strength. Your intention is to break me,” Sisodia said.

The CBI had found nothing in past raids and would find nothing today, said AAP leader Raghav Chaddha, according to NDTV.

“They raided Arvind Kejriwal, found four mufflers. And all they will find in Manish Sisodia’s home are pencils, notebooks and geometry boxes,” Chaddha said.

“Manish Sisodia is the best education minister of Independent India. Today the largest US newspaper NYT printed his photo on the front page. And today Modi ji sent CBI to his house. How will India progress like this?” Mann said in a tweet in Hindi.

Congress said the relentless misuse of agencies against political rivals erodes the credibility of the government and gives an opportunity even for the corrupt to get away. Party spokesperson Pawan Khera said the honest end up paying the price in such processes.

“The flip side to relentless misuse of agencies against political rivals is that even legitimate, rightful actions of agencies come under a cloud of suspicion. In the process, the corrupt get away hiding behind the ‘misuse’ argument and the honest end up paying the price,” Khera said in Hindi on Twitter.

Kapil Sibal who was with the Congress until recently also spoke out in favour of Sisodia, calling the CBI and ED “long arms of government.”

Delhi Pradesh Congress Committee head Anil Kumar, on the other hand, was quoted by Indian Express as having said that the raid was “belated but welcome” and that the BJP was not proactive enough in its opposition to the policy.