"He just gave his opinion considering it to be a democratic land where people can question their chief minister and criticise political parties, however angrily they want to. We need to say no to such threats by the state authority,” his wife said. 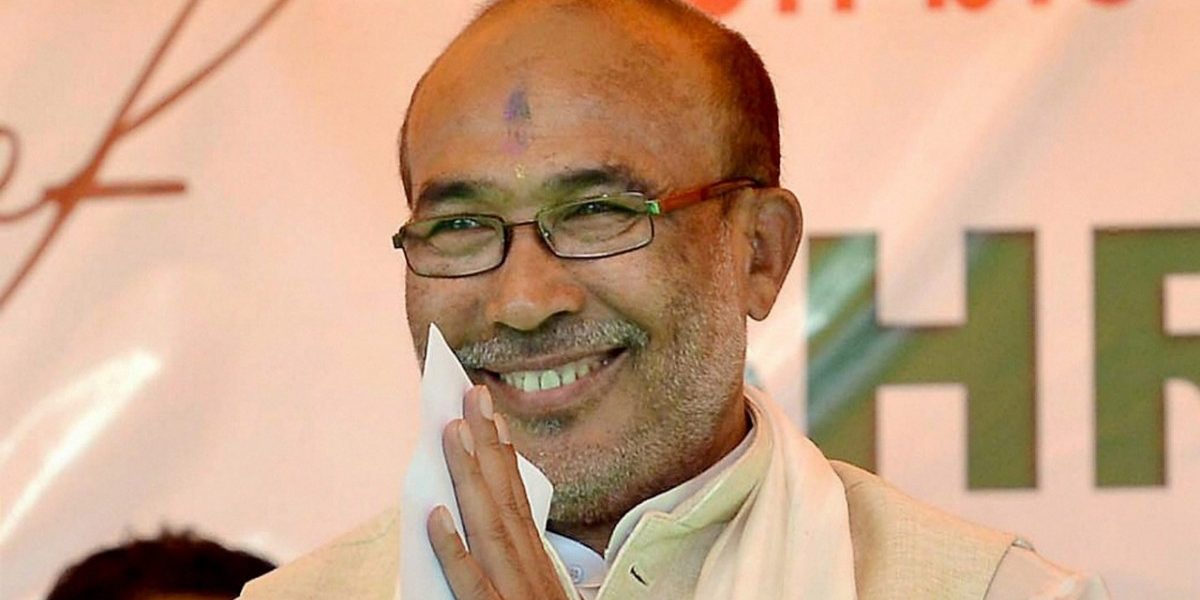 New Delhi: Imphal-based journalist Kishorechandra Wangkhem was arrested on November 27 under the National Security Act (NSA) for posting a video severely criticising the BJP-led state government for linking the freedom movement of Manipur with that of the Rani of Jhansi. In the video – shot in Meitei language – he questioned the contribution of the Rani of Jhansi to the state’s freedom movement and hurled abuses at the BJP and its ideological fount, the RSS, whom he blamed for state chief minister N. Biren Singh making such a comparison in a speech.

Wangkhem also challenged the state government to “come and arrest” him “if it can” for opposing it.

He was reacting to the chief minister’s speech at a function organised to celebrate the birth anniversary of Rani of Jhansi on November 19. According to local news reports, the sub-editor/anchor was sacked from the local cable TV channel ISTV after the video went viral.

Wangkhem was arrested in August as well for another social media post. Journalists in Imphal then marched from the local press club to the CM’s bungalow demanding his release. According to local news reports, Manipur Working Journalists Union president Brojendro Ningombam met the CM thereafter and apologised to him on Wangkhem’s behalf, leading to his release from custody. Wangkhem’s wife Elangbam Ranjita told The Wire from Imphal that after the video went viral, he was arrested by Imphal West Police on November 21 and kept in police custody for five days. “On November 21, he was produced at the local magistrate’s court whereupon he was granted bail. However, in less than 24 hours, five-six policemen in plain clothes arrived at our residence saying he needed to go with them to the local police station as the superintendent of police would like to meet him.”

“However, till late in the evening, there was no news of him and I got worried. On reaching the station, I was told that he was sent to the central jail and charges against him would be known by next morning. But nothing was shared with us even the next day. On November 29, we were allowed to meet him at the central jail and then only we came to know that a notice was served on him under the NSA, terming his speech in the video as seditious.”

She said, “My husband is not a terrorist. He just gave his opinion considering it to be a democratic land where people can question their chief minister and criticise political parties, however angrily they want to. We need to say no to such threats by the state authority.” 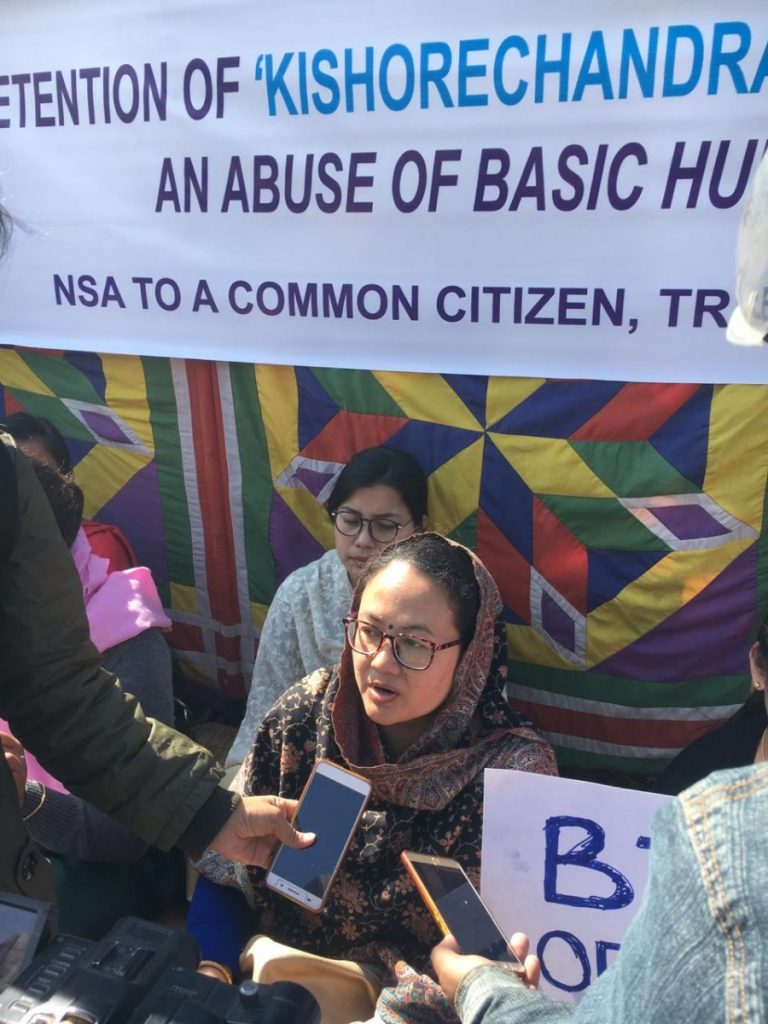 Kishorechandra’s wife Ranjita at the sit-in protest in Imphal on November 30 demanding her husband’s release from custody. Credit: Special arrangement

On November 30, several people assembled in the city’s Keishamthong area to take part in a sit-in protest calling Wangkhem’s arrest of Kishore “an abuse of basic human civil rights” and demanded his immediate release. Popular musician of Imphal Talkies fame, Akhu Chingangbam, who took part in it, said, “If the BJP-led government can book someone under NSA for using the F-word, it really shows how insecure the government is. For me, it is also shocking how deafening the silence of the local media is even when a fellow journalist is arrested.”

On Wednesday, Imphal Free Press quoted Wangkhem’s advocate Chongtham Victor as saying: “The words, terms and gesture used by the accused in the video cannot be termed as seditious; it is a mere expression of opinion against the public conduct of a public figure in a street language. In what manner he is likely to cause disturbance to society?”

On November 29, Kh. Joykisan, the Congress spokesperson and MLA from Imphal’s Thangmeiband constituency held a press meet reminding the chief minister that he “himself was arrested on charges of sedition when he was an editor; the court let him go then, and he should know that.”

In May, Erendro Leichombam, convenor of the political party Peoples’ Resurgence and Justice Alliance was arrested by Manipur Police for refusing to delete a Facebook post in which he criticised the state government for its inability to take into custody some youth from outside the state featured in a video delivering hate speech against the people of Manipur. “Why is the Manipur Police not arresting those who created the hate video when it had been very swift in arresting internet trolls who have been recently threatened by the Chief Minister’s son. We will not remain a silent spectator,” Leichombam wrote.