Concerns about the usage of estimated population and what that will mean for the distribution of seats cannot be addressed during a pandemic. 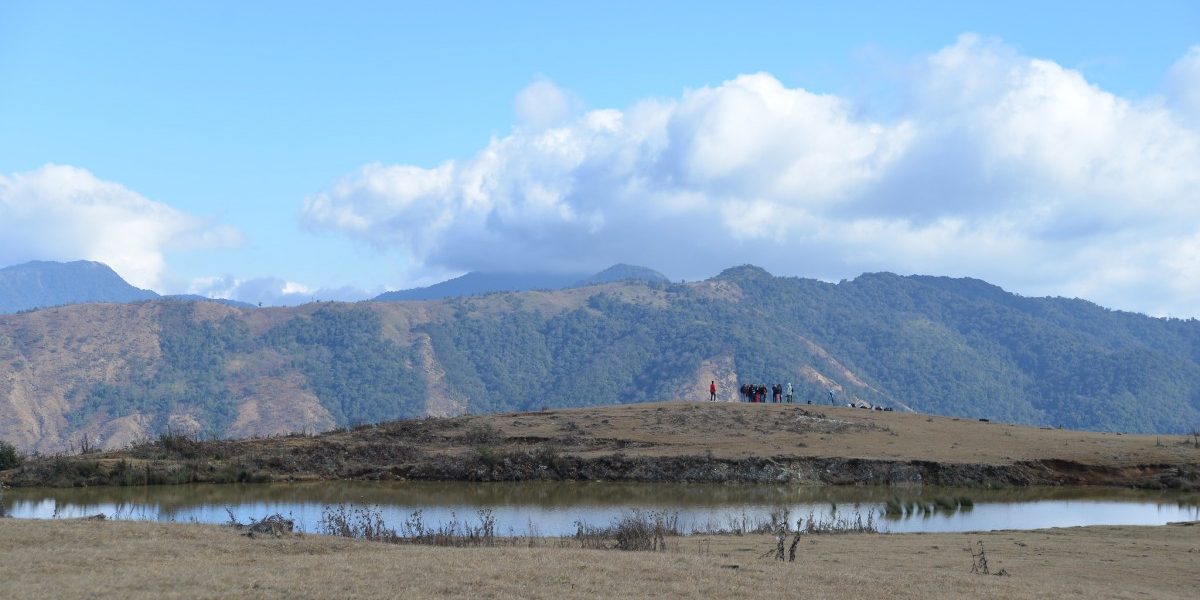 The Union government’s decision to rescind a 2008 order that deferred delimitation in Manipur along with three other northeastern states including Assam, Arunachal Pradesh and Nagaland took everyone by surprise. In the normal course of affairs, these states would have faced delimitation after the first census taken after 2026. However, the sudden change in Jammu and Kashmir’s constitutional status necessitated delimitation there and for reasons that remain unclear, also prompted the government to conduct the exercise in other states where it could not be completed after the 2001 Census.

The decision to conduct the delimitation exercise just before the next census, that too in the middle of a pandemic, is inappropriate and is, even otherwise, deeply flawed from administrative and legal perspectives. Moreover, while the 2008 order deferred the exercise due to concerns about the breakdown of law and order if flawed census data were used, the decision to rescind that order refers to only the improvement of law and order and is silent on the quality of the 2001 Census. Is there more to the proposed delimitation in Manipur than meets the eye?

Manipur comprises of a small valley that accounts for 10% of the state’s area and for about 60% of its population. The Meiteis dominate the valley. The surrounding hills are populated by several Naga and Kuki tribes. Some of the hill districts reported very high growth rates in the 2001 Census, which sharply increased their population share at the expense of the valley.

The civil society, as well as political parties based in the valley, opposed the use of the 2001 Census for delimitation that would have resulted in the loss of five seats to Naga-dominated areas. The threat posed by “Greater Nagaland” to the territorial integrity of the state, which had triggered massive protests in June 2001, would have added to the urgency of stalling delimitation. The Ukhrul area of Manipur. Photo: Flickr/shankar s. CC BY 2.0

The demand for recounting

The valley approached the Union government and the courts to press for recounting in nine subdivisions in the then hill districts of Senapati (4 subdivisions), Chandel (4) and Ukhrul (1). However, a recount was ordered in only three sub-divisions, Mao-Maram, Paomata and Purul, all of them in Senapati even though the Chakpikarong sub-division of Chandel too reported a very high population growth rate. Reverification of the headcount could not be completed even in the three subdivisions due to a lack of cooperation from the people.

The registrar general “cancelled” the enumerated figures for these three sub-divisions “due to administrative and technical reasons” that were never explicitly spelt out and released the estimated population of these subdivisions as the official figures. After the 2011 Census, under similar circumstances, the registrar general first released the estimated population before it eventually “finalised” the enumerated figures as official data.

The registrar general’s solution satisfied neither side even as it (inadvertently) laid down the foundation of future conflicts. In fact, the discrepancy between the approach adopted by the registrar general after the 2001 and 2011 censuses leaves room for manoeuvring. The hills-valley divide is aptly captured by the following pair of statements. The general secretary of the United Committee Manipur (UCM), a valley-based organisation, recently said, “If after a proper recount, the valley loses some seats to the hill district, so be it. But the process should be transparent.” On an earlier occasion, the Naga Peoples’ Front (NPF) general secretary had lamented that “No matter how many re-verifications are conducted by the Registrar General of India (RGI), the Manipur Government will not accept the reports if they turn out to go against [the valley’s] interest.”

While the hills-valley divide is evident, the divisions within the hills are latent. Depending on which set of census figures are used, different districts and communities will benefit. Irrespective of which figures are used, Ukhrul and Chandel will gain one seat each and Nagas will benefit more than other tribes. However, the valley will lose only three seats if the estimated figures for 2001 are used, while it will lose five seats if the enumerated figures are used instead. The corresponding gain of Senapati is one and three seats, respectively.

The use of estimated figures for Senapati will reduce the gains of the hills but evenly distribute the gains across hill districts. On the other hand, the use of enumerated figures will not only increase the seats of the hills but also alter the balance of power in favour of Nagas of Senapati. It bears emphasising that, unlike in neighbouring Nagaland, in Manipur the use of 2011 data instead of 2001 will further aggravate the meta-electoral conflict over delimitation.

Further, the use of the estimated instead of enumerated figures for the three subdivisions of Senapati in 2001 will reduce the loss of the valley from five to three, maintain the balance of electoral power among Naga tribes and, more importantly, signal that manipulation of headcount cannot help beyond a point.

It is still not clear if the above will address the concerns of the valley. It seems the government is determined to conduct delimitation despite objections because it intends to transfer assembly seats to the Naga districts and manage the disappointment caused by its inability to accept the demand of integration of contiguous Naga areas. 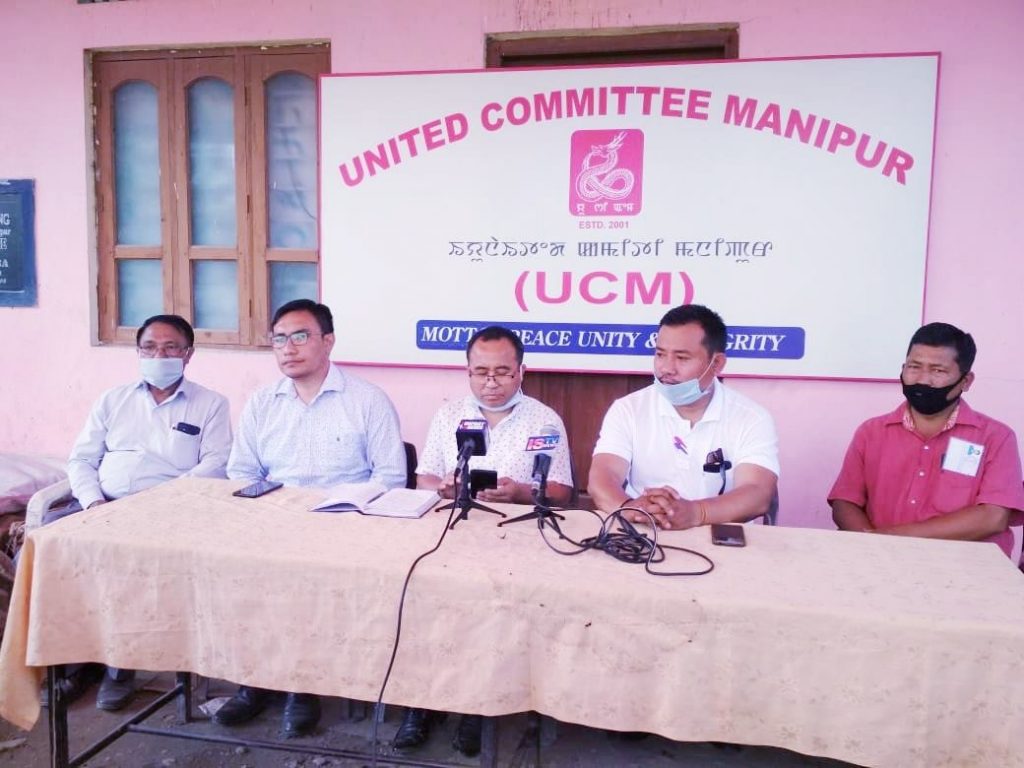 Given the complexities involved the issue of delimitation requires the widest possible consultation that is not possible amidst the pandemic. It will, therefore, be more appropriate to postpone delimitation and allow different stakeholders to arrive at a better understanding of each other’s position. On the other hand, the third iteration of ethnic competition over delimitation in the last two decades should prompt introspection within communities.

The tribes need to reflect on what they have gained through the manipulation of numbers. The size disparity between the two parts of Manipur, which is growing because of the outmigration from the hills to the valley, cannot be erased by manipulating the data. Manipulation, among other things, has, however, engendered bitterness that has eliminated the room for leaders like Yangmaso Shaiza and Rishang Keishang, who served as chief ministers despite belonging to a minority community.

On the other hand, the valley should reflect on what it has gained by obstructing the normal functioning of the Hill Areas Committee of the state assembly and the Autonomous District Councils that were meant to safeguard the rights of the tribes and in the process pushing them to somehow increase their seat share in the assembly to protect their interests within the state.